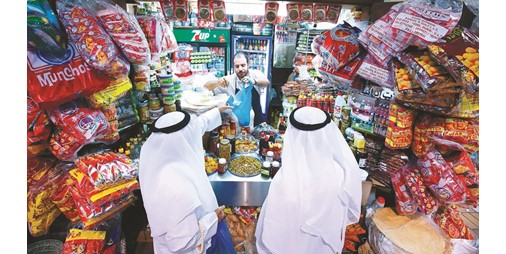 Data from the Central Administration of Statistics showed that the consumer price index (inflation) in Kuwait increased by 4.36% last March on an annual basis.

In a statement to Kuwait News Agency (KUNA) yesterday, the “Statistics” said that the inflation rate in Kuwait rose by 0.24% last March on a monthly basis due to the rise in the prices of a number of major groups affecting the movement of indices, especially foodstuffs and education.

She added that the index of the first group (food and beverages) increased last March by 7.18% compared to the same month of 2021, while the price index of the second group (cigarettes and tobacco) did not change and remained stable at 135 points on an annual basis.

The consumer price index is a tool for measuring price levels in general between two periods, either monthly or annually, and is usually a basic indicator for measuring economic growth or deflation, through which the state can take economic and commercial decisions and formulate financial and monetary policies.

One thought on “Kuwait, Statistics: Inflation rises locally by 4.36% in”