The economy of healthy living grows without pause 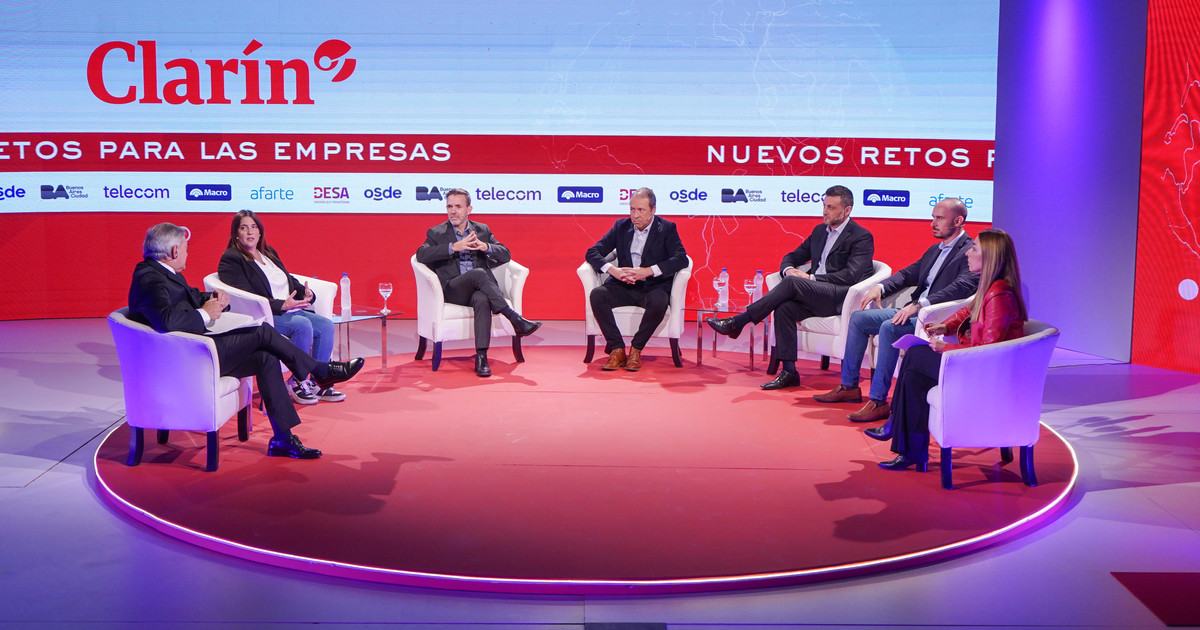 Sleep well, eat properly, perform physical activity, avoid dependence on technology and dedicate more time to yourself and your family, are some tips that we usually receive to live a healthier life. However, behind the individual possibilities to incorporate better habits into daily life, there is an environment that is changing, especially rapidly after the pandemic.

The cities are ready to promote new forms of active mobility, (such as the use of bicycles); Medicine adapts its resources to the demand of patients who are more committed to their Health and consumer companies reformulate their strategies to adapt to the new demands of consumers. Words like “vegan”, “flexitarian”, plant based and “well being or wellness” have already become part of everyday jargon and the industry aims to meet that demand.

These topics, among others, were part of “The economy of healthy living”, the new talk organized by Clarion, in the cycle “The World that Comes”, in which COMPANY executives and experts participated. The debate was moderated by the editors of Clarion Daniel Fernández Canedo and Diana Baccaro and participated in it: Manuela López Menéndez, Secretary of Transport and Public Works of the Government of the City of Buenos Aires (GCBA); Mariano Allende Iriarte, medical deputy manager of OSDE emergencies; Guillermo Oliveto, specialist in Consumption and Social Humor and founder of Consultora W; Diego Buranello, director of Public Affairs of Danone Argentina and Nicolás Iribarne, director of Marketing Burger King Argentina.

At the beginning of the talk, López Menendez shared the experience of the city of Buenos Aires Regarding the convening theme: “we apply a policy to encourage the use of bicycles and other forms of active mobility such as skateboarding or walking more. And people have massively turned to that.” And he points out that today, in the Buenos Aires area, about 10% of the trips made per day are made by bicycle. Nail 500 to 600 thousand people estimated the official.

“We came to have a free public bicycle system and during the pandemic, our great challenge was to convert two avenues into bike lanes: Corrientes and Córdoba, where use increased by more than 200%, especially among women,” he explained. `Now, a very big challenge is the shared street of Libertador, we are going to have a bike lane from Retiro to General Paz, to connect with Vicente Lopez. The idea is to give an identity to the bicycle and also to pedestrians and public transport, so that people use it again”, he pointed out. According to the official, the use of buses has already reached 100%, while subways and trains are at 70% compared to the pre-pandemic situation.

In the case of OSDE, with the pandemic developed special methods of care, such as the Online medical consultation and the virtual family doctor, “These are changes that are here to stay,” according to Allende Iriarte. “But from now on, face-to-face and digital care must be combined in a rational and responsible way,” he added.

How to achieve a healthy life? The talk with the editors Daniel Fernández Canedo and Diana Baccaro, from Clarín. Photo: Rafael Mario Quinteros

The manager also commented on what is the focus of the company to optimize the service: “In line with the Superintendence of Health, we are working on five main axes, the prevention of cervical cancer, breast cancer, maternal and child health, reproductive health and dentistry,” he commented. “Aside from that, we campaign on issues such as anti-smoking, diabetes, sexually transmitted diseases and healthy living, among others.”

Not a minor point is people’s longevityAllende Iriarte pointed out. “And since there is a lack of caregivers for older adults, the Health management organized the training “The art of caring”. We already have 3,000 trained people who are working,” he said. According to the professional, also sustainability It occupies an important place on the company’s agenda, such as the recycling of plastics and chinstraps, which must be placed in a pressure-sealed plastic container to be recycled later.

The world to come. The Clarin Cycle.

About how companies are positioning themselves in the face of these changes, according to analyst Guillermo Oliveto, the demand for a healthy life is driving the corporate segment more than ever. “This had already been happening, but the pandemic caused a phenomenal disruption to the record that people have of what it is to be good or bad,” she said in the talk.

“The pandemic was for us like the war that the Europeans or the Asians had: at the exit, after so much discomfort, for the people, well-being is priceless.” Therefore, “today the key is to heal, not only physically but also spiritually. That explains the growth of tourism: not only traveling but running away from the environment, from the noise in politics, etc. as that became very oppressive. So people leave, retire for two or three days to heal. There is a business opportunity to make people feel good”, warned the specialist in Social Consumption and Humor.

Clarín talks on “The world to come”.

Diego Buranello, meanwhile, recalled that “before the concept of Health had to do with physical exercise or diets. Today, instead, people have a more comprehensive vision: from how to transport more healthily to how to eat better.” According to the Danone executive, the client he is no longer satisfied with buying the product that is offered to him. He looks for exactly what he wants and if it doesn’t satisfy him, he lets it be known, he described. Therefore, companies are going through a transition in this regard.

A transition involving, for example, decrease critical ingredients in productssuch as sugars or fats. “But we need in this transition not to lose the pleasure in eating food. We have been working on this for many years and we have a B certification. The consumer reads the label more and better every time. That is why information is essential to reach the consumer in a transparent way”, he pointed out. Globally, Danone has a program called Food Revolution, with global goals to improve the healthy quality of the food it produces.

Along the same lines, Nicolás Iribarne, director of marketing at Burger King, points out that the firm has been considering for approximately seven years, “what the future markets would be like, which today are a reality,” he says. “In that definition we set out to be leaders in food quality. and for that we work on two axes: remove colorants, preservatives and flavorings from all our products. Currently, 90% of the products it produces and sells do not have these elements and the goal for this year is to reach 100%, he explains. .

The other axis was stimulate a plant based category, (vegetable proteins that emulate those of animal origin) . For that, the fast food chain launched the vegetable Whopper and the vegetable chicken burger. “Our commitment is to create a category: to give the flexitarian consumer (who only consumes meat occasionally), a range of offers and to make them feel included in our portfolio.”

In the places where these plant-based burgers were launched, this category already reaches 10% of turnover. To make the decision to move forward in this segment, Burger looked at studies such as Taste Tomorrow, which indicates that the preference for plant-based foods grew in Argentina by 51% in 2021. This percentage was made visible not only by a tendency towards veganism but also by a marked tendency to choose to reduce the consumption of animal products.

The debate promoted by Clarion also inquired if eating healthy is more expensive and therefore almost inaccessible for lower-income consumers.

“The situation is very heterogeneous. We believe that you can eat healthy at affordable costs, “replied the Burger King manager. “Then there is the top of the range for the customer who can buy it. Our offer architecture is wide since not only the plant-based consumer comes to our stores, but also their friends”, who surely have a different demand.

At Danone, meanwhile, “a commercial strategy is being implemented where we guarantee access to products for the middle class without sacrificing quality. This is achieved through communication, by associating the brand with quality. Access to healthy products has to do with prices. therefore, it is pending that they are also economical and accompany the changes in society”, assured Buranello.

Meanwhile, Oliveto believes that “unfortunately, healthy consumption is closely linked to purchasing power.” “When the social pyramid is studied, life is much less healthy since it is more expensive.” However, “walking more, for example, does not imply greater spending. But when we cross the data we see that healthy consumption reaches the middle and upper class, which is half of the population in Argentina.”

One thought on “The economy of healthy living grows without pause”