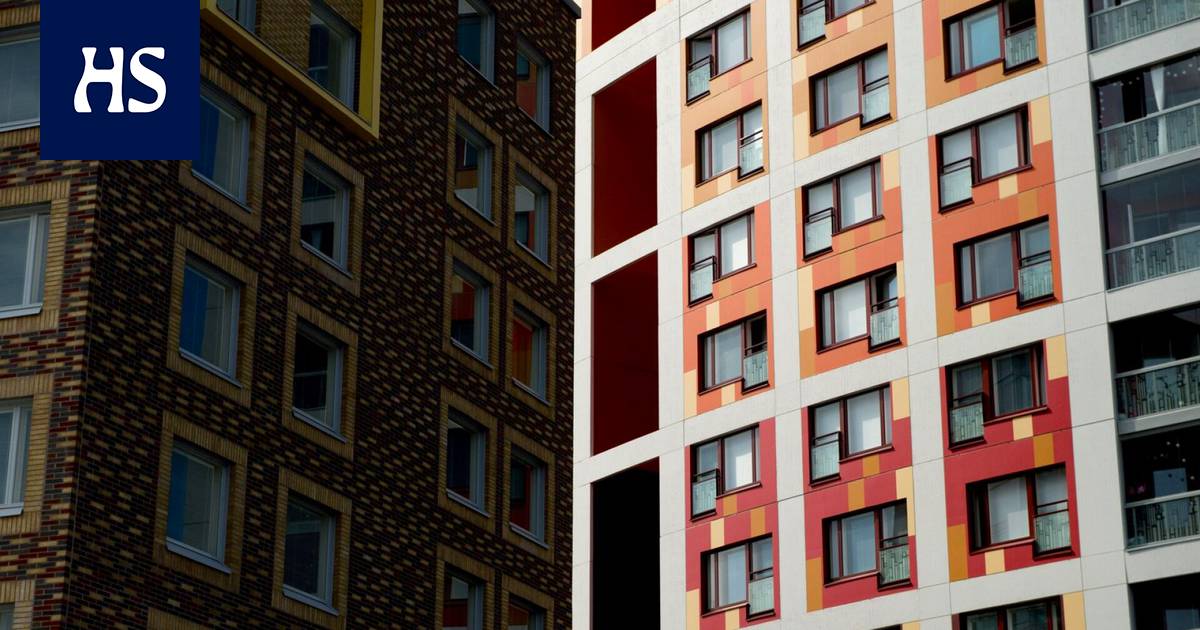 Mortgages the general reference rate, the one-year Euribor, has hovered above zero and is expected to continue to rise. The time for cheap loans is over, and rising interest rates have also begun to bother debtors.

2021 was a record year in the housing market. More loan applications and apartments were sold than ever before.

The housing market faded for a moment as Russia launched an offensive war in Ukraine in late February. Now, however, the number of loan applications has returned to normal, banks say.

CEO of Nordea Mortgage Bank Jussi Pajala says that the significant rise seen last year has leveled off, but the overall market still appears to be very buoyant.

“Actually, growth is limited by an imbalance between supply and demand.”

Family housing would go more than there is supply, especially in growth centers. The studio apartments have plenty to offer, but they are also unsold, Pajala says.

Finns The most common reference rate for mortgages, the 12-month Euribor, has risen by almost 0.7 percentage points since February. The interest rate exceeded zero for the first time in six years on April 12th. Since then, the interest rate has risen to 0.18%.

Both Danske Bank and OP already hedge as much as 40 percent of new loans, up from about a third a year ago.

“We also want to protect existing loans. We are now selling more than 150 per cent more interest rate hedging than at the same time a year ago, ”says OP’s Senior Vice President, Securing Finance. Anna Niinimäki.

“The higher the level the roof takes and the shorter the time, the cheaper the interest rate protection is. However, we have to make decisions every day about the level at which we can sell interest rate hedges, ”says Niinimäki.

Interest the rise has long been largely predicted, but now it has gone above zero for a couple of weeks.

In April next year, there will be no more zero-interest loans tied to Euribor, says Nordea’s Pajala. Therefore, the debate about interest rates and protection against them will only intensify.

“I predict interest will grow further over the next year as people begin to see real changes in their cash flow.”

“The market pricing of interest rate hedges has changed completely since last summer and autumn. We also have the floor in the interest tube and the ceiling is starting to be at the level of ten-year fixed interest rates. That is why demand is strong when it is recognized that their prices have started to rise, ”says Takala from Danske Bank.

Pajala recalls that the six – year period of zero interest rates was very exceptional. Paying interest on the loan is normal.

On the other hand, no return to the giant interest rates of the 1990s and early 2000s is predicted, Pajala says. According to the current market forecast, the Euribor reference rate will rise to 2% by the end of 2023.

“Now there is no talk of interest rate movements that would create instability in the housing market. The solvency of each loan has been tested at a level of 6%. There is still quite a long way from two percent to six percent, ”says Pajala.

Offers are based on average market prices and average margins. However, banks emphasize that genuine offers are customer-specific. HS compared bids three months ago.

With OP A loan of EUR 200,000 with a 25-year loan term without interest rate protection would currently cost EUR 764 per month.

OP offered an interest rate cap for 10 years at the lowest level of 0.01 per cent and 0.25 per cent. In practice, this means that in a hedged loan, the reference rate does not rise above 0.01% or 0.25% during the hedging period, even if Euribor rises above 1%. The price of the hedge is paid as a higher total margin.

“This lowest interest rate is currently on sale, but I don’t know how long it will be available,” says Niinimäki.

The next level, an interest rate cap of 0.25%, would stop the interest rate at 2.210%. Its monthly installment is 834 euros, which means the price would be 70 euros per month.

Three According to market prices, OP would have had a monthly installment of a loan secured by an interest rate cap of 0.01% at EUR 807 per month.

The total interest rate would therefore have been around 1.60%, and the interest rate cap would have cost EUR 79 more per month than the unsecured loan.

The price of the interest rate hedge is therefore the same, but the interest margin is harder, so the hedge has become more expensive.

Nordea offers a 3% interest rate cap of € 50 per month. A 2% interest rate cap costs € 70 a month. In addition to these, there will be a customer-specific margin, which according to the Bank of Finland is currently 0.8 per cent on average.

In an interest rate cap, the reference rate can therefore rise up to the limit at which the cap is set. The total interest rate on these offers could therefore be a maximum of 3.8% or 2.8%.

Three months ago, Nordea offered an interest rate cap for seven years that would have limited the increase in the reference rate to 1.50%. In addition, there would have been an average margin of 0.75% at the time.

The total interest rate would therefore have been a maximum of 2.25%. It would have cost 25 euros a month. The price is not fully comparable with the prices of the ten-year interest rate caps because they are offered for different periods.

Three months ago, Nordea offered a five-year fixed-rate loan with a total interest rate of 1.60%. The figure also included a margin of 0.75% for the sample customer.

These figures are not fully comparable either, as the time periods offered are different.

Danske Bank also offers a ten-year interest tube with a floor of 1.62 percent and a ceiling of 2.31 percent. In addition to both, a margin of 0.63% is paid.

The high floor is the price of the hedge. In the latest offer, the basic fee for interest rate hedging would therefore be 2.25%, according to the interest rate floor and margin. The total interest rate could rise to a maximum of 2.94%.

Three months ago, Danske Bank’s bid for a ten-year interest rate pipeline floor was 0.68 percent and a ceiling of 2.14 percent, plus a margin.

The price of interest rate hedging has therefore risen by about one percentage point in a couple of months.

A year ago, in the summer, Danske Bank offered a ten-year interest tube with a floor of 0.20 percent and a ceiling of 1.44 percent. At that time, the total interest rate would have been below 1% at its lowest and around 2% at its highest.