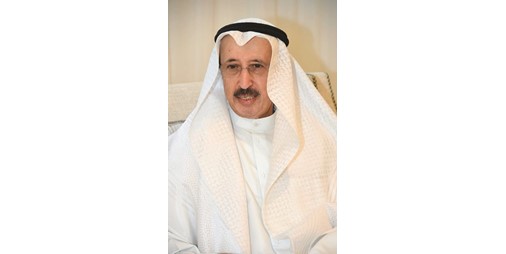 Sami Al-Nisf, Chairman of the Board of Directors of “ALAFCO” Company for Financing the Purchase and Leasing of Aircraft, said that the company succeeded in achieving a 7% growth in total revenues to reach 55.4 million dinars during the first half of the current fiscal year 2022, which began on the first of last October, compared to 51.8 million dinars for the same period last year.

Al-Nisf indicated that ALAFCO recorded a net loss for the first half of 2022 at a value of 4.5 million dinars as a result of the suspension of payment by one of the company’s customers regarding two out of 77 aircraft in the company’s portfolio, noting that negotiations are still ongoing to reach a solution that satisfies both parties.

In this context, Al-Nisf affirmed that ALAFCO will continue to monitor and evaluate all developments in this regard in line with the company’s prudential policy and prudent risk management approach.

He explained that the financial results for the first half of 2022 are in line with the challenges of the operating environment and the repercussions of the Russian-Ukrainian war and the pandemic, which had a significant impact on the aviation sector, travel movement and the global aircraft leasing market.

He stated that ALAFCO maintained a good pace in operational operations during the first half of 2022, praising the successful sale of two A320-200ceo aircraft to the Libyan airline MedSky after the lease contract with Saudi Arabian Airlines expired, as well as the re-leasing of two planes. From the A320-200ceo model to the Colombian airline «Ultra Air» after the expiration of the lease contract with the Indian airline IndiGo.

He noted the signing of the deal to lease 4 new Airbus A350 aircraft to ITA, the new Italian national carrier, where the lease term will be 12 years, stressing that ITA Airlines represents a real addition to ALAFCO’s growing customer base and enhances the company’s aircraft portfolio.

He added that ALAFCO owns a modern aircraft portfolio of 77 Airbus and Boeing aircraft, explaining that they are leased to 23 airlines in 17 countries around the world, in addition to purchase orders for 68 aircraft with Airbus and Boeing, which will be received over the years. Between 2022 and 2028.