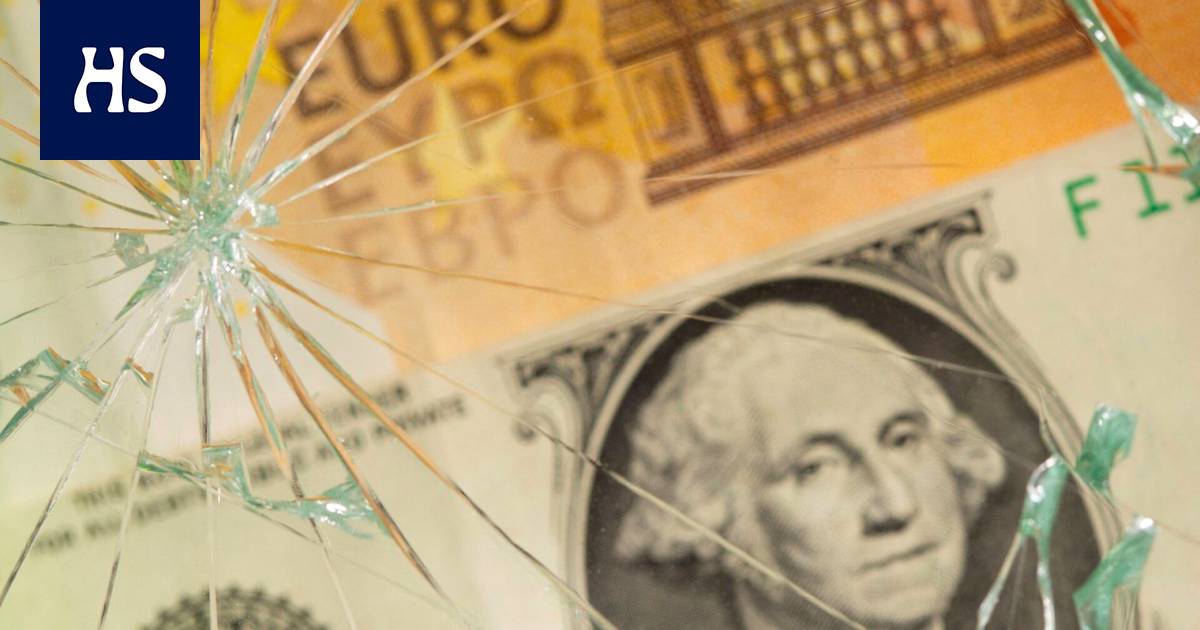 Common currency the euro has weakened over the past year, with the value of the currency close to parity against the US dollar for the first time in 20 years.

The dollar has been supported this year by port demand. Russia’s invasion of Ukraine, accelerating inflation and fears of a slowdown in economic growth have led investors to shift their funds from the eurozone to the dollar, which has been seen as a safe haven.

The divergence of monetary policy in the United States and the euro area has also supported the dollar this year. The US Federal Reserve began raising interest rates in March and continued to raise its policy rate by 0.50 percentage points in May.

Instead, the European Central Bank (ECB) is still about to start raising interest rates. However, the ECB has announced that it will end its securities purchase program and central bank policymakers have hinted at a rate hike in the summer.

Central banks are trying to curb inflation, which has been at its highest for years, by raising interest rates.

The weakening of the euro will benefit euro area exporters as their relative price competitiveness in international trade improves. The depreciation of the euro can therefore benefit Finland’s foreign exports, which is of great importance for the economy and employment.

At the same time, a weakening currency could vaccinate citizens’ wallets as prices for goods imported from outside the euro area rise. As the euro gets less dollars, tourism to the United States will also become more expensive.

Currency strategies are at odds over whether the euro will sink into parity with the dollar.

The American bank JP Morgan does not predict the parity of the euro in its baseline scenario. Director of the Bank’s Currency Strategy Sam Zief says the TV channel CNBC:llethat parity would require a weakening of eurozone growth expectations vis – à – vis the United States, similar estimates that occurred immediately after Russia ‘s invasion of Ukraine.

Currency strategy of BMO Capital Markets Stephen Gallo estimates that the Fed ‘s aggressive tightening of monetary policy over the next two years has already been priced in dollars. Thus, the strengthening of the dollar against the euro would not continue.

Instead, an economist at Capital Economics Jonas Goltermann In its customer letter, CNBC estimates that the ECB ‘s hawk policy is not comparable to that of the Fed.