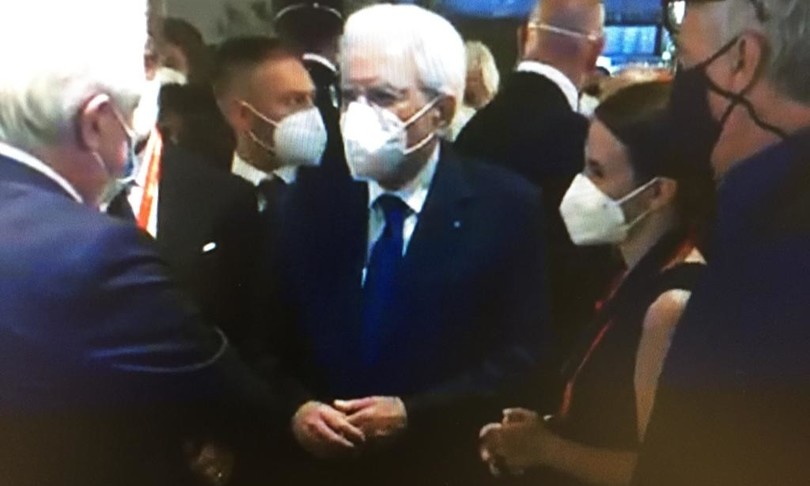 – After almost a year and a half, the Salone del Mobile in Milan has reopened its doors, the most important international event in the world of design, this year renamed Supersalone, at the Rho fair. From today for six days, the special event curated by Stefano Boeri, highly anticipated after the cancellation of the last edition of the Salone, due to the pandemic, opened to everyone, visitors and buyers (design had been waiting for this moment for 17 months) –

The ribbon cutting, which took place in the presence of the President of the Republic Sergio Mattarella, has a strong symbolic value, a restart for the entire country, as the leaders of the event have repeatedly underlined and as demonstrated by the presence of the Head of State. It was April, the very delicate days in which the event risked to skip altogether, due to the disappearance of some big brands, when Mattarella announced that he would take part in the inauguration.

The sector is worth 5% of GDP

To thank him for his closeness, the leaders of the event gave him a reproduction of the manifesto of the first edition of the Salone (1961) in an exceptional setting, designed by the designer duo Formafantasma and created by the young architect.craftsman Giacomo Moor and the cabinetmakers. Gigi Marelli and Giordano Viganó with the wood of the fir trees felled by the terrible storm Vaia of 2018, in Val di Fiemme. The sector accounts for 5% of the national GDP, with a production value of 39 billion euros, of which 15 are destined for exports and a positive trade balance of 7.6 billion euros.

“This occasion that gathers the courage of business, creativity, imagination and culture is of extraordinary significance in this moment of the country for its relaunch and recovery”, said the President of the Republic Sergio Mattarella during his speech at the inauguration of the Supersalone, the special event of the Salone del Mobile in Milan. “I would like to express my appreciation and best wishes for the Salone and for the activity of the fair. This – underlined the head of state – has been an appointment of great importance for many years. A world reference point for the sector in which our country is at the forefront “.

“The Supersalone is the result of the generosity of design companies in a delicate moment of relaunching the economy and culture. Thanks to those who fully believed and kept alive such an important event: you have won the challenge ”, said the president of Confindustria and Fiera Milano Carlo Bonomi during his speech. “Now – he added – is the time to look ahead, to open up more vigorously to international markets. We are at the service of companies that want to restart, the fair is not only a physical space, where to enhance and promote the potential of the Italian brand, attracting companies and investments from all over the world “.

For the president of the Lombardy region Attilio Fontana, the Salone del Mobile, albeit with a different format, is “a good sign for the sector, for Lombardy, for the country”. “It is the normality that is advancing, it is only the beginning” he emphasizes adding “we must continue our commitment, we must continue in vaccination and so it will be a definitive beginning. There is a lot of emotion for the idea of ​​starting over ”.

“It is a good test, so many languages ​​are heard on the streets of Milan. It can be a restart “. Thus the mayor of Milan Beppe Sala arriving at the inauguration of the Salone del Mobile at the Rho fair, the international event dedicated to design. “I believe that the message here is the search for beauty and functionality – he added ., because we have lived a lot in our homes and we need them to be welcoming, those of those who are better off but also of those in difficulty and of course these operators have a great responsibility. We have reassessed the priorities of our life, we have understood that health is a delicate part, we have certainly gained awareness of how important the environment is “.