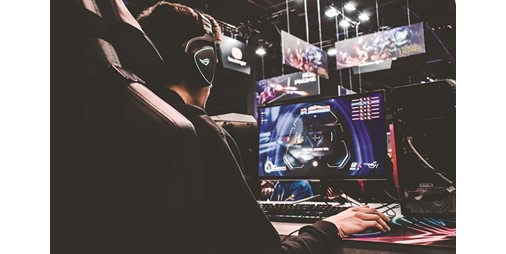 The video game market has proven resilient, even as the world begins to reopen again from the Corona pandemic, as revenue continues to grow in 2022 and is estimated to reach $203.1 billion through consumer spending, representing an increase of 5.4% year-on-year. It is a new record for the gaming market.

This comes as the number of gamers around the world is expected to rise this year, reaching 3.09 billion players by the end of the year, according to the gaming market analysis website newzoo, which was seen by Al Arabiya.net.

The United States returned to the top of the gaming market in terms of consumers, after Americans spent $ 50.5 billion on games during the past year, ahead of China, whose citizens spent $ 50.2 billion in 2022 on games.

The US supremacy over China last year was prompted by the Chinese government’s crackdown on gaming, which limited new game releases and playtime among the country’s youth. The market is starting to show the impact of these regulatory pressures.

However, Asia Pacific remains the largest region in terms of revenue by a huge margin.

While the citizens of the Middle East were the least spending globally on games, as their share amounted to only 4%, with a value of $ 7.2 billion, according to market estimates for the current year.

The analysis also showed that mobile games will continue to generate more profits than the PC and console gaming markets combined in 2022, as annual mobile gaming revenue will exceed $100 billion for the first time in 2022, when it is expected to grow by 5.1% year on year. to reach $103.5 billion.

While mobile will continue to show growth, its annual rise is significantly lower than the growth numbers in 2020 and 2021, as 2022 cannot sustain the pandemic-driven growth of previous years.

This means that the mobile market share will drop by one percentage point this year (from 52% in 2021 to 51%).

Emerging markets across Latin America and Southeast Asia will be the biggest contributors to mobile growth in 2022, thanks to increased access to (smart) games and devices, improvements to infrastructure and mobile internet, as well as more contactless payment options.

The Banker KFH Best Islamic Bank in Kuwait for the year