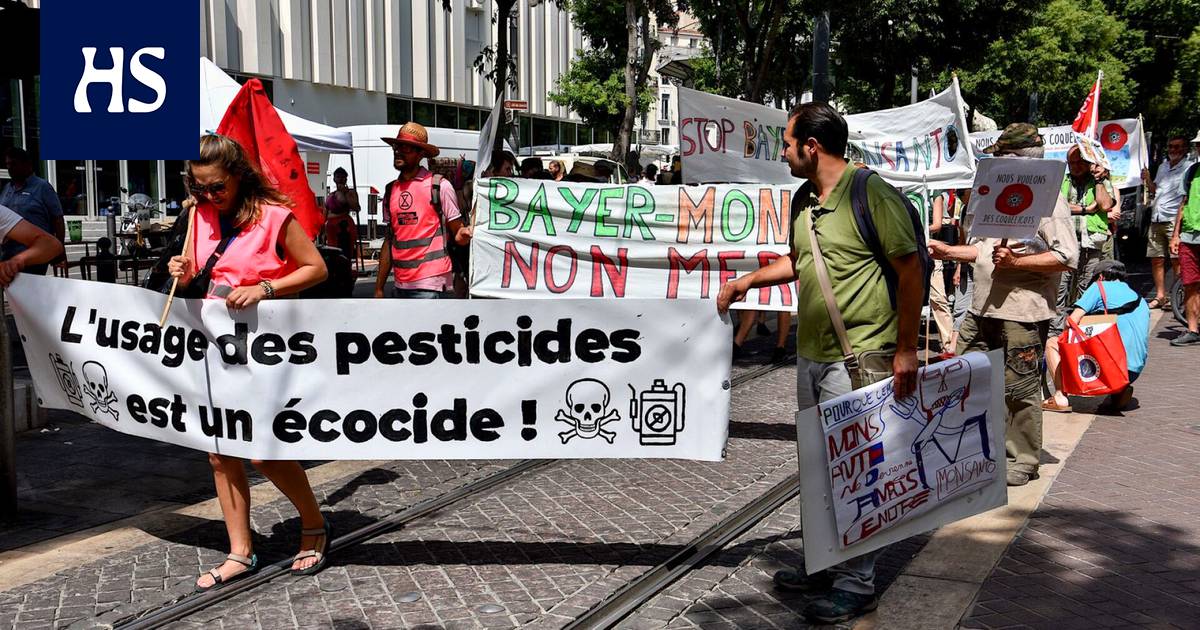 Glyphosate will be authorized in the EU until mid-December and an extension is currently being evaluated.

Herbicide glyphosate cannot be classified as a carcinogen on the basis of research evidence, the European Chemicals Agency (ECHA) concludes.

According to the authority, the decision is based on a “comprehensive review of the scientific evidence”. According to ECHA, the review did not find evidence that glyphosate is a ‘mutagenic, carcinogenic or toxic to reproduction’. Therefore, the Agency recommends that the classification of glyphosate as harmful substances be maintained.

Glyphosate preparations are also sold in home gardens under many other marketing names, such as Rodeo, Ranger, Bronco and Gallup, in addition to the common Roundup weed killer.

In the European Union, glyphosate will be authorized until mid-December 2022. The European Commission is currently assessing whether or not to renew the permit. Following the Agency’s assessment, glyphosate was evaluated by the European Food Safety Authority.

HS said last autumn on the research of the universities of Turku and Oulu, that roundup containing glyphosate adversely affects pollinating insects.

Read more: The most common herbicide is dangerous to pollinators, birds and possibly humans – What are the organic options for a home gardener?

Previously, researchers found that glyphosate affects the development of birds, is toxic to aquatic organisms and can cause eye damage. The substance is also associated with cancer risk.

Attitudes towards Roundup and its active substance glyphosate have long been questionable. The European and US authorities have so far assessed that there is no risk of cancer based on research evidence.

In 2015, based on a study summary, the World Health Organization (WHO) concluded that glyphosate is “likely to be carcinogenic”. A study summary published in February 2019 by researchers at the University of Washington, among others, found a link between glyphosate exposure and lymphoid cancer.

On the other hand, tobacco smoke, wood dust, and alcohol, for example, are unequivocally classified as carcinogens. Access to these is still possible.

The continued use of glyphosate has been driven in particular by agricultural operators, as no viable alternatives have been identified.