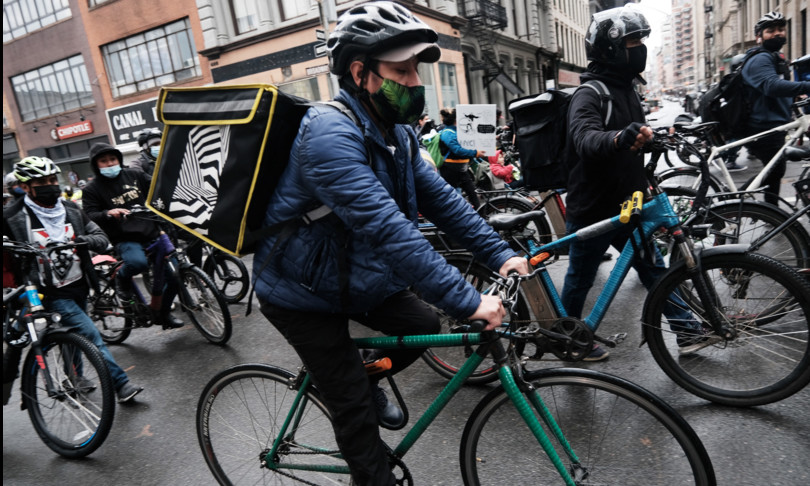 – DoorDash, Grubhub, Uber Technologies and the other big US food.delivery companies have sued the regulators of the big US cities, after the latter have put a spoke in the wheel of apps, limiting their scope. With the pandemic there has been a boom in the activity of these popular services that take orders over the Internet, accept payments and deliver door.to.door from most local restaurants, or even outside, thus allowing locals to deliver home. meals, through home delivery services that in fact guarantee the deliveries of companies such as Deliveroo, Foodora, Uber eats, Glovo and Just Eat ub and Uber Technologies.

As the Wall Street Journal reveals, DoorDash, Uber and Grubhub are suing New York City, defining “unconstitutional, harmful and unnecessary” the decision of the city to limit app charges to restaurants. Additionally DoorDash and Grubhub sued San Francisco in July after the city imposed a similar limit.

Companies are fighting with regulators and political leaders of large US cities for other practices as well. Chicago sued Grubhub and DoorDash last month, accusing them of being misleading about how they list rates to customers and how they treat restaurants, including those mentioned on the sites with their permission. California lawmakers recently passed a bill requiring apps to show consumers how much restaurants make on their order.

Local individuals can pay apps for one commission up to 30% for an order– San Francisco capped app fees to 15%, while New York City to 23%. DoorDash said the fee limits translated into $ 26 million in lost revenue in the second quarter. Uber Eats for its part said it has lost more than $ 60 million in expected revenue in New York since the cap went into effect in June last year. DoorDash, Uber Eats and Grubhub have responded to the commission limits by adding new commissions for consumers.

According to a person familiar with the company, Uber was hit with around 100 fee limits at the city, county or state level during the pandemic, of which about 70 are still in place. It responded by charging consumers a new “temporary local tax” to compensate for lost revenue, which is still in place in 16 geographies, the source said. This fee is often set at $ 1 to $ 3 per order and charged to consumers in addition to existing delivery charges, service fees, and sometimes small order fees. In short, municipalities, counties and states place limits on the commissions of delivery apps and these respond with new commissions that drive up delivery prices.