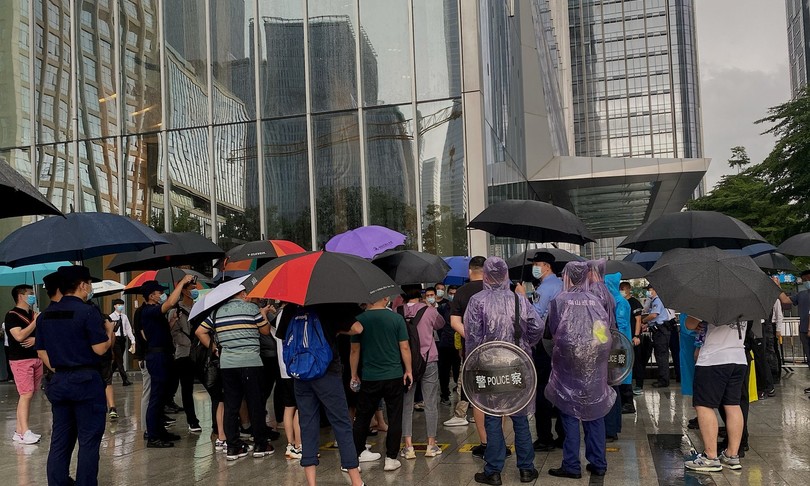 Chinese real estate giant Evergrande, struggling with slump in property sales, admitted it is facing “enormous pressure” from creditors and warned it may fail to pay its debts.

Any liquidation of the Chinese giant would have significant consequences, not only on Beijing’s economy but also on “social stability” dear to the Chinese leaders. Evergrande has mandated two advisers to examine financial options.

Evergrande is the largest real estate group in the country in terms of revenue, with a declared presence in more than 280 cities. The giant claims to employ 200,000 people and indirectly generates 3.8 million jobs. Its president, Xu Jiayin, is the fifth richest man in the country, according to the specialized company Hurun.

In Shenzhen, China, dozens of people protested in front of the entrance to the headquarters of the real estate giant on the verge of bankruptcy. THEn China, protests are prohibited and the police have blocked the access of demonstrators, including many to whom Evergrande owes money.

One thought on “Evergrande, the Chinese real estate giant that risks bankruptcy”