According to the CGIA, 176,000 companies are at risk of usury, one in three in the South 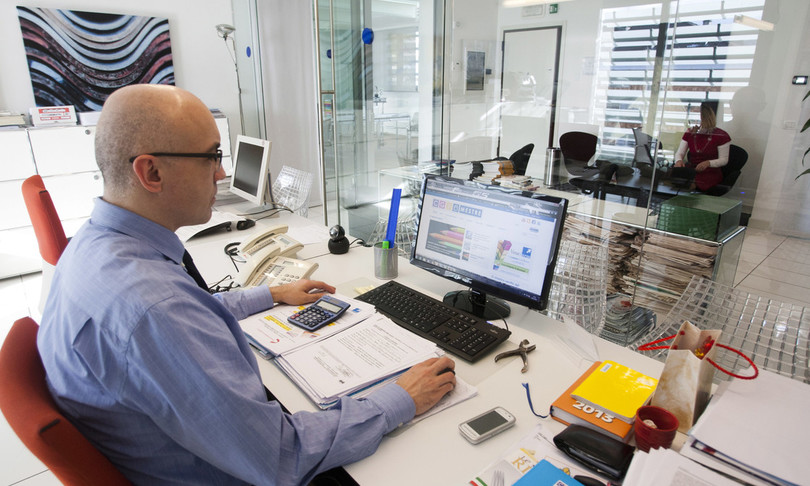 There are just under 176,400 Italian companies that are in distress; among these, one out of three is located in the South. The CGIA affirms it, according to which Rome, Milan, Naples and Turin are the territorial realities most in difficulty.

According to the CGIA study, these are non.financial companies and producer households that have been reported as insolvent by the financial intermediaries to the Central Credit Register of the Bank of Italy. A “stamp” which, by law, does not allow these companies to access any loans provided by the legal financial channel. Therefore, not being able to benefit from liquidity, they risk, much more than the others, to close or slip into the arms of the usurers.

At the provincial level, the highest number of companies reported as insolvent is concentrated in large metropolitan areas. As of March 31 last, Rome was in first place with 13,310 companies: immediately after Milan with 9,931, Naples with 8,159, Turin with 6,297, Florence with 4,278 and Brescia with 3,444.

The provinces least affected by this phenomenon, on the other hand, are those which, in principle, are the least populated: how Belluno (with 360 companies reported to the Centrale Rischi), Isernia (333), Verbano.Cusio.Ossola (332) and Aosta (239).

According to Cgia, although with only the complaints made to the judicial authorities it is not possible to accurately size the phenomenon of usury, after the strong contraction recorded between 2016 and 2018, subsequently the same began to grow again. Although the absolute number is much lower than the peaks recorded in the first part of the last decade, according to the Ministry of the Interior in 2020, annus horribilis due to the pandemic, the reports have risen to 222 (+16.2 percent compared to 2019). Cgia reports that last year of all crimes against property, complaints for usury and fraud, especially IT, were the only ones to register a positive change.

The CGIA then points out that this year the month of september it is by far the richest in tax deadlines, also because it resumes the collection and notification of new tax bills by the Revenue Agency. By 15 and 16 September, companies (subject to ISAs, or former sector studies) had to pay personal income tax, IRES, IRAP and VAT. Next Monday, on the other hand, will be the last day for the short.term repentance and the deadline for the payment of the scrapping.ter installments and the balance and excerpt expired on July 31, 2020 is scheduled for 30 September: “A real tour de force that could put the financial stability of many businesses that traditionally are short of liquidity in serious difficulty: especially in this delicate economic phase “.

The CGIA then notes that the increase in loans to businesses has run out. After the collapse in bank lending to businesses which took place between November 2011 and February 2020 (.305.3 billion, equal to a contraction of 30 percent), it is interesting to check the trend recorded in the months following the advent of Covid. After the introduction of the measures developed by the Conte bis government (March 2020), the stock began to grow, reaching its peak in November 2020, and then began a slow decline until last July when it was below 743. billion euros.

“In other words – claims the CGIA – we can affirm that, to date, the action to support businesses in credit matters has ended“Compared to the Bank of Italy – the study continues – on the front of guaranteed loans, the Task Force composed of MEF, MISE.Medio Credito Centrale, ABI and SACE updates its data on credit to SMEs more frequently. Through” Guarantee Italy “, for example, up to 7 September the applications submitted by large companies amounted to 3,009 and the volumes of guaranteed loans put in place by SACE reached approximately € 28 billion. Also on the same date, thanks to the” Cura Italia “And the” Liquidity Decree “, the Guarantee Fund for SMEs received 2,326,013 applications which” generated “191.1 billion in loans. These latest figures also include mini loans up to 30 thousand euros which, instead , registered 1,167,705 applications, allowing the disbursement of 22.7 billion in loans.

To prevent the number of these troubled companies from increasing, the CGIA hopes that the Draghi government enhance the resources available to the “Usury Prevention Fund” and help banks to support businesses, especially small ones. Thanks to the activation of these two measures, the overall stock of distressed companies should not grow. In 22 years of life, the average amount of loans disbursed by this fund was around 50,000 euros for SMEs and 20,000 euros for citizens and families. The same feeds mainly on the administrative anti.money laundering and currency penalties. From 1998 to 2020, the State provided 670 million euros to Confidi and Foundations; these resources guaranteed loans for a total amount of approximately 2 billion euros. In 2020, the two disbursing bodies (Confidi and Foundations) were assigned a total of 32.7 million euros: of which 23 million to the former and 9.7 million euros to the latter2.

“Important figures that, however – says the CGIA – should be implemented: Unfortunately, Covid has pushed many companies to the brink of bankruptcy– Activities that, if not helped, risk slipping into insolvency or, at worst, into the network set up by those who want to take possession of them by deceit, thus fueling the criminal economy “.