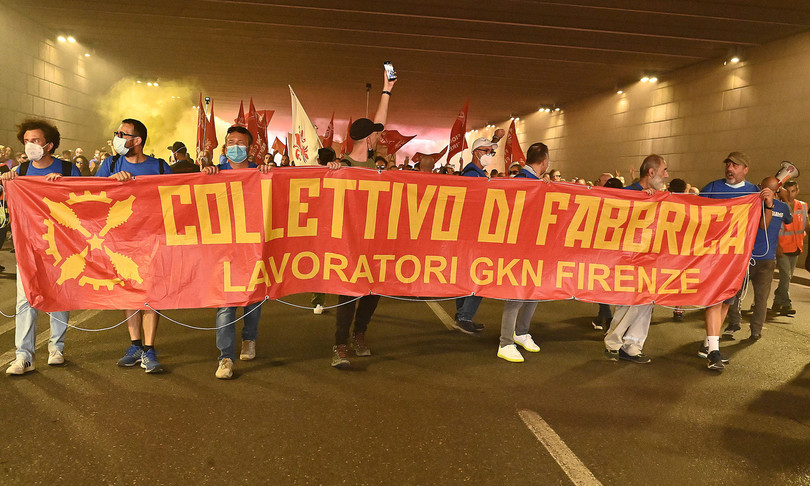 – The labor court of Florence accepted the appeal of Fiom against the collective redundancies of the 422 workers of the Gkn of Campi Bisenzio, notified by email. According to the judge, the company has violated article 28 of the Workers’ Statute, implementing anti.union behavior.

The Court of Florence, in partial acceptance of the appeal, and having ascertained the anti.union nature of the conduct, therefore condemns the Gkn to revoke the opening letter of the procedure pursuant to Law 223/91; to put in place the consultation and comparison procedures provided for by art. 9 first part of the National Collective Labor Agreement and the company agreement of 9 July 2020. The Gkn will also have to pay the court fees to the union.

Fiom.Cgil rejoices. “We won together with the workers because we were right, the layoffs at GKN are illegitimate”. This was declared in a joint note by Francesca Re David, general secretary of Fiom.Cgil and Daniele Calosi, general secretary of Fiom.Cgil Florence and Prato, after the Florence Labor Court revoked the opening of the collective dismissal procedure for female workers and the workers of the Gkn of Campi Bisenzio, accepting the appeal filed by the Fiom of Florence and thus acknowledging the violation of article 28 of the Workers’ Statute for anti.union behavior.

Fiom asks that “the Prime Minister and the Ministry of Economic Development do their part and intervene in the matter of relocations and a solution that guarantees the recovery of production and employment in the plant for the workers of Campi Bisenzio and all over the world. ‘induced “.

“The appeal – they underline – was one of the tools that Fiom used in this dispute together with the great resistance of the workers and the ability to build a network of solidarity around the dispute, starting from the Florentine community to the rest of the country, as also demonstrated by the impressive demonstration last Saturday in Florence “.

“Today – said King David – is certainly a very important day: the court agrees with the Gkn workers and the union that filed an appeal for anti.union behavior. Firing with a simple communication while the workers are out of the factory cannot be done, because it is not worthy of a civilized country, because the metalworkers’ contract does not allow a procedure of this type and because the occupation of the country must be safeguarded “.

“It is an important day – he concluded – and we hope that the government will act appropriately to save businesses, industry and employment”.

The call of the Gkn table for today at 5pm at Mise is confirmed. This was reported by Deputy Minister for Economic Development Alessandra Todde.

“The revocation of collective redundancies – says Todde – is a first big step for the workers who have been garrisoning the Campi Bisenzio plant for months. This result certifies the synergistic efforts carried out by the institutions, the trade unions, the workers and the whole community that from the first moment he supported the territory in this difficult battle “.

“In recent months we have called the table twice, we have never interrupted discussions with the parties and we have worked in a difficult context with a company that has lost its sense of social responsibility. Now – he concludes – we must be concrete, because why when we talk about 422 workers, plus the related industries, we are talking about families “.

And politics also joins the news. For the Secretary Dem Enrico Letta “The workers were right – he writes in a Tweet – the trade unions were right and we were right to accuse the Gkn of having violated every rule. The Court of Florence has sanctioned it. Now stop and turn around page”.

“The Labor Court of Florence thought about revoking the opening of collective redundancies via email to Gkn. Beyond the merit of the complex affair, it is clear that it is a defeat for politics, for all politics, which has not been able to intervene on a question of great social impact “, according to the deputy FI Elio Vito.

“And fortunately, the gaps always fill up. So, in the same way, now it seems that the problems of politics can derive from referendums and the digital signature, and not – he notes – from a Parliament that no longer makes laws!”.