The Chinese crack that scares the West 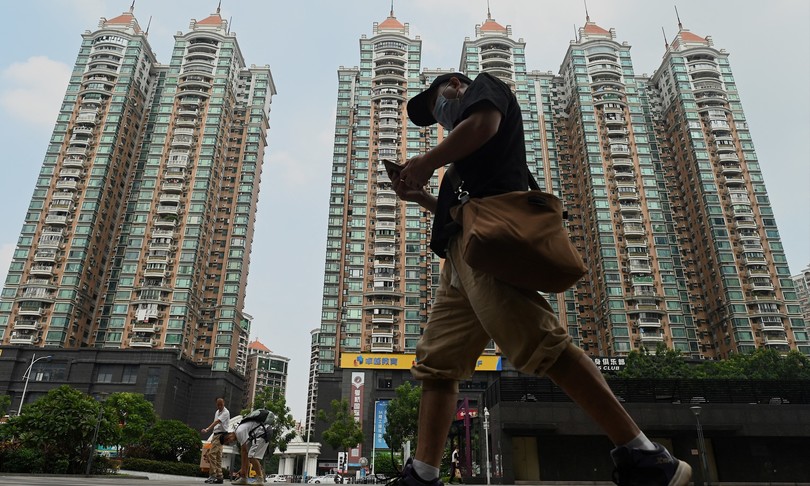 The potential bankruptcy of the Chinese real estate giant, whose shares have plummeted to an 11.year low and that is grappling with an impending deadline for payment obligations, it is shaking banks and investors not only of China and the Asian continent, but of the whole planet.

So much so that the offshore yuan has also weakened, also thanks to the holiday that stopped the other Asian lists, from Tokyo to the Chinese ones. And the European markets fell sharply, with Frankfurt, Paris and Milan losing more than 2%.

Evergrande is looking to raise funds to pay off lenders, suppliers and investors, while regulators warn that its $ 305 billion in debt could trigger wider risks to China’s financial system if not stabilized.

Evergrande’s share price plummeted 19% Monday 20 September (the lowest level since May 2010) and almost 90% since the beginning of the year. And it has dragged down many of Hong Kong’s major real estate groups, with losses of over 10% for Henderson Land and New World Development. The group’s ownership management unit fell by 11.3%, while its electric car unit by 2.7%.

In addition, the film streaming company Hengten Net, owned by Evergrande, collapsed by 9.5%.

But how did one of the largest Chinese private groups come to the brink of bankruptcy? Let’s go in order.

Evergrande is the largest real estate group in China in terms of turnover, with a declared presence in over 280 cities. The group claims to employ 200,000 people and indirectly generate 3.8 million jobs. Its president, Xu Jiayin, + the fifth richest person in the country, according to the specialized company Hurun.

Where his problems come from

Real estate has traditionally been one of the engines of the Chinese economy. The sector, which attracted more than a quarter of investments last year, played a key role in the post.pandemic recovery. But in recent months, Beijing has tightened credit conditions for private companies.

Under the new rules, Evergrande can no longer sell properties before it’s formally finished building them, a system that is an important part of Evergrande’s business model. In the past, the group had largely taken advantage of this model to finance itself and keep its operations afloat.

Recently, several subcontractors and suppliers complained that they were not paid. And the construction sites have stopped. According to experts, the group holds more than a million customer prepaid properties that have not yet been built, adding to the apprehension of Chinese investors, many of whom are small buyers. Lacking the ability to borrow on the financial markets, and short of cash, the group sought to repay some of these creditors in kind by offering unfinished parking spaces and properties.

What is the current situation

Evergrande has made many acquisitions over the past few years. It is now heavily in debt. Its liabilities are estimated at 1.966 billion yuan, the equivalent of 260 billion euros. The Chinese government is particularly concerned about the size of the loans taken by the country’s large private conglomerates and their intricate maze of branches.

In recent times, the Chinese authorities have carried out a major crackdown on private groups to force them to reduce their debt. And companies such as Wanda (real estate, cinema, theme parks), Fosun (tourism, entertainment) and Hna (tourism, aviation) have paid for it.

The anger of suppliers and small investors

Faced with the crisis that the group is going through, in recent days dozens of small investors and suppliers have gathered in front of the Evergrande offices and have clamored for their money. Anger escalated over the weekend with the announcement that six senior executives from the group would face “severe penalties” for reselling financial products before small investors were informed which may not be paid on time. The group for its part assured that it would return the money raised, insisting on the need to “guarantee fairness and impartiality” among its investors.

In addition to the real estate sector, Evergrande has launched an electric car business. Founded in 2019, Evergrande Auto aims to revolutionize the industry and compete with American manufacturer Tesla. Two years later, however, not only is the company not marketing any vehicles, but if it was once valued at $ 120 billion, it is now worth only about fifty. But Evergrande also owns a football team, Guangzhou FC (formerly Guangzhou Evergrande), coached by Italian world champion Fabio Cannavaro.

The group is also present in the thriving food and mineral water market, with its Evergrande Spring brand. Shattered dreams instead on the ready of the theme parks. The group had announced plans to open “bigger” amusement parks than rival Disney, but of the 15 initially planned, only one has been built and is only partially open.

Evergrande has also invested in tourism, the Internet and digital, as well as in the insurance and health fields.

Last month Beijing has publicly urged Evergrande to “actively” address his debt problems. This is an unusual move, reflecting the government’s concern for the group’s health. Concerned about the inability to repay creditors, several international rating agencies downgraded its rating: Fitch took it to CC from, equivalent to “very high levels of credit risk” and Moody’s to CA, synonymous with “extremely speculative and very close to default “.

“An Evergrande failure would be the biggest test of the Chinese financial system in years,” Capital Economics analyst Mark Williams pointed out. Despite the pressure, Beijing “will not let Evergrande fail,” analysts at US.based SinoInsider say, because it “would have a huge impact on the regime” and its stability. The most likely outcome for many analysts “is a restructuring with other real estate groups taking over unfinished projects”.