The exceptional fall in GDP in 2020 certified by Istat 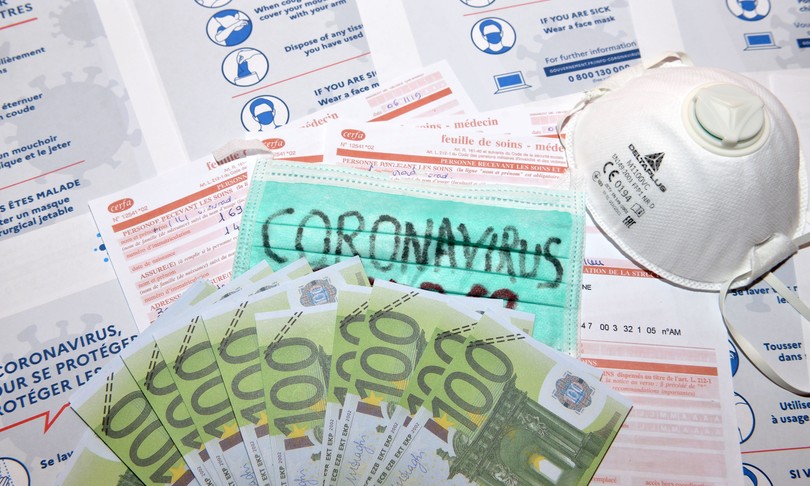 Istat confirms the “exceptional” drop in GDP in 2020 of 8.9% and revises the deficit / GDP upwards to 9.6%, a “sharp worsening” compared to 1.5% in 2019. While the public debt stands at 155.6% of GDP. This is the updated picture of the economic accounts certified by the Institute for the first year of the pandemic. Based on the new data, GDP in volume grew by 0.4% in 2019, with an upward revision of 0.1 percentage points compared to the March estimate.

“The updated estimate of the national economic accounts confirms the exceptionally large contraction of the economy in 2020, with a rate of change in GDP of .8.9% compared to an increase of 0.4% in 2019”, underlines the Istat. The fall in GDP was mainly driven by domestic demand, while foreign demand and changes in inventories provided much more limited negative contributions. On the supply side of goods and services, the strong contractions of added value in agriculture, in manufacturing activities and in some sectors of the tertiary sector are confirmed.

Net debt is “significantly worse” compared to 1.5% recorded in 2019, “mainly due to the support measures introduced to counter the effects of the crisis”.

The debt / GDP ratio stood at 155.6% in 2020 compared to 134.3% recorded in 2019. The primary balance, that is the net debt net of interest expenses, is negative and equal to .101,189 million. euro, with an incidence on GDP of 6.1% (+ 1.8% in 2019). The current account balance (savings or public administration deficit) is also negative and equal to .73,817 million euros (29,995 million in 2019). This worsening, explains Istat, is the result of a decrease of approximately 57 billion euros in current revenues and an increase of approximately 46.8 billion in current expenditure.. For 2019, total revenues were adjusted upwards by 122 million and expenditure remained unchanged with an improvement in the debt / GDP ratio of 0.1 percentage points. For 2018, revenues have been revised downwards (.3 million) and expenditure upwards (+150 million), but with no impact on the incidence of the deficit on GDP compared to the notification of April 2021.

Last year, the final consumption expenditure of resident households decreased in volume by 10.7%. In terms of domestic final consumption, both the services component and the goods component fell by 16.5% and 6.4% respectively. The increases concerned expenses for food and non.alcoholic beverages (+ 1.9%), for communications (+ 2.2%) and for housing, water, electricity, gas and other fuels (+ 0.6%); the greatest decreases are recorded in expenses for hotels and restaurants (.40.6%), for transport (.24.5%), for recreational and cultural services (.22.5%) and for clothing and footwear (.21, 1%).

Gross fixed investments mark a decrease in volume of 9.2%. The construction component fell by 6.7%, that of machinery and equipment by 12.0%, that of means of transport by 27.2% and that of intellectual property products by 2.7%.

In terms of contributions to the decline in GDP, national demand net of stocks provided a negative contribution of 7.8 percentage points (of which .6.1 points attributable to national final consumption and .1.7 points to gross fixed investments and valuables), the foreign component contributed negatively by 0.8 points, while inventories subtracted 0.4 percentage points from growth.