In the US, companies try to “catch” workers 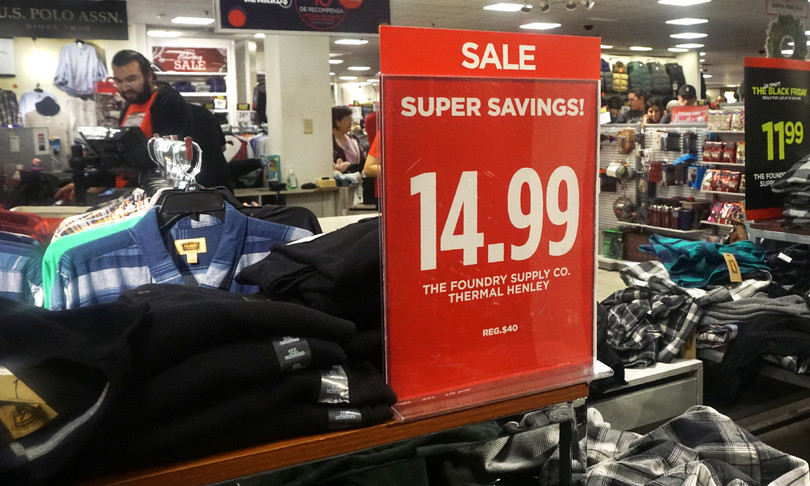 – In more than 30 years in the retail sector, “I’ve never seen anything like it“This is the outburst gathered by the Financial Times of Ken Giddon, owner of Rothmans, the menswear company he runs with his brother and which not only survived the pandemic but is expanding from three New York stores to four. Everything is ready for the opening of the new headquarters, if only Giddon he can’t find the ten people he needs for the new store.

It is just the latest in a series of complaints recorded by employers in sectors ranging from nursing homes to transport companies, after 18 months of pandemic fears, childcare shortages and l rising unemployment benefits have kept millions of Americans out of the job market.

There are no people willing to work in shops or supermarkets

Ma the shortage of people willing to work in shops and warehouses is making itself particularly felt. The number of unoccupied retail jobs jumped from around 750,000 before Covid to 1.1 million last July, leaving employers on the hunt for the holiday season, the critical months in which most some chains record an increase in their turnover.

While Giddon is having trouble finding just 10 employees, Ft cites another case, that of Dick’s Sporting Goods which is looking for 10,000 employees to meet the demand that is expected between now and Christmas. Kroger e Michael’s instead they are on the hunt for 20,000 seasonal workers each, while Amazon he would like to recruit 125,000.

“There aren’t enough workers in the supply chain, and this shortage will impact everything from in.store availability to inability to fulfill all online orders in a timely fashion,” he said. Neil Saunders, CEO of GlobalData Retail, and reported by the Ft. “Since there will be fewer staff to assist customers – he added – this will be a difficult season for retailers.”

What to do? Many companies already have wages increased since the beginning of the pandemic, with Walmart which has adjusted the minimum hourly rate from 11 to 15 dollars. But in such a tight job market, larger companies are also thinking about new incentives which go far beyond what they have offered in previous years.

Amazon is planning to make a maxi bonus of $ 3,000 available, Dollar General is offering $ 5,000 starter bonuses to drivers, and Macy’s is paying his existing staff up to $ 500 if they refer a friend or family member interested in finding a job.

Eg Walmart cut hiring times from two weeks to around 24 hours, while Best Buy is offering seasonal employees 5 to 25 percent college tuition discounts, as well as low.cost gym memberships and savings on insurance plans for their homes, cars, or even pets.

Aware of the risk that the staff shortage could last beyond the end of the year, according to reports from the Ft Mark Cohen director of retail studies at Columbia University, a growing number of retailers are adapting these incentives to encourage seasonal recruits to stay. And as higher and higher wages are being offered, large companies are instead handing out substantial incentives to their most experienced staff to keep them from leaving their jobs.

TargetFor example, it will hire 100,000 people for the holidays, down from 130,000 last year, but will offer existing employees an additional 5 million hours of work during the season at a cost of approximately $ 75 million.

Big Lots, meanwhile, told analysts last month that he invented the “stay bonus“to keep existing staff at work, for example by increasing the discount enjoyed by employees in its stores from 20 percent to 30 percent.

However, the FT notes, the incentives offered are so far too few to please those who ask for better conditions. “Workers want to see more of a one.time hiring bonus or quick incentives that don’t solve the underlying problems, most notably incur immense risks and damage to their physical and mental health while the pandemic is ongoing “, he observedo Bianca Agustin, director of corporate responsibility at United for Respect.

In his view, companies should instead raise the base pay to at least $ 15 an hour, provide another $ 5 an hour in “risk indemnity“, ensure adequate paid leisure time and give workers a voice in the decision.making process. But against the staff shortage, retail companies are also resorting to other expedients.

Craig Johnson di Consumer Growth Partners, a research and consultancy firm, says some stores are installing self.service checkouts to save on staff or redirecting consumers to their e.commerce operations, which need fewer people to fulfill orders.

In short, it is a race for incentives and retailers who are not able to offer attractive ones will find it hard to fill their positions: in this category, it falls
most independent shop owners. Are the smaller retailers who have shown “a fantastic capacity for innovation”, he pointed out Nela Richardson, chief economist at ADP payroll processor. But, he added, “where small businesses can’t compete is on the minimum wage.” This is confirmed by the polls. For the past three months, he reported Chuck Casto of Alignable, the share of small retailers who say they find it very difficult to hire has increased from 47% to 62%.
Giddon’s company is among them. “We cannot guarantee tuition refunds” or the other benefits that large retailers are offering. “We are a small company. It is impossible for a small man to compete with the big ones.”