Reform the land registry or not? Between fears and doubts, the debate ignites 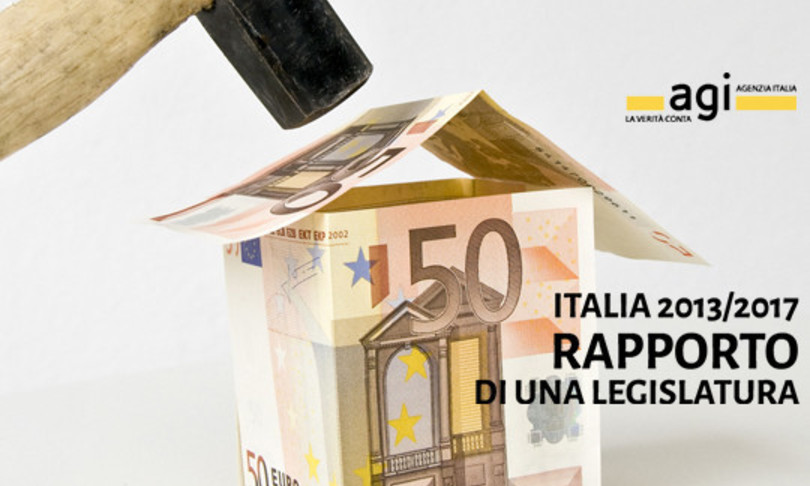 – The land registry reform divides parties and social partners. The hypothesis alone provoked an outcry and a ‘technical’ intervention has become a political issue on fiscal strategy, summarizing the debate with the eternal ‘push and pull’: yes or no to more taxes.less taxes. In favor of change the Undersecretary for the Economy Maria Cecilia Guerra. Definitely opposed to Lega and Forza Italia. Matteo Salvini applauds Prime Minister Draghi who “said no to new taxes. Stopping the Democratic Party’s desire for taxes ”. The M5S believes that it is not a priority to relaunch employment and growth in our country. The Confedilizia, on the other hand, is on a war footing while external observers such as Nomisma think it would be useful to ensure greater equity.

“Many owners are afraid that the reform means an increase in property taxes – he explains to Guerra – but also because there is a false communication. In reality, no increases are expected but only a better distribution of the burden ”. Inevitably over the years the situation has changed and there are houses that have acquired a higher value because, for example, in the area transport or services have improved: a new subway stop or a hospital.

“So – points out Guerra – there are owners who pay an unrealistic tax compared to the value of the house while others pay more in comparison because, for example, they own properties in internal areas that have lost value over time”. “So – the undersecretary reiterates – intervening on the land registry does not mean increasing taxes at all but doing a truthful and fair operation”. Why then did M5S, Lega and Forza Italia stand up absolutely against the reform? “Because it is easier to say ‘we want to reduce taxes’ than to explain a reform that in the end would make the majority of Italians pay less taxes. The first houses remain exempt and who would pay more is only because they own a property that has acquired greater value. The objective is to provide for taxes commensurate with the value of the assets, fair taxes parameterized to the true tax base. It can be done gradually – he concludes – without sudden changes: but it is a matter of fairness and certainly not a generalized increase in taxes ”. On the same wavelength Luca Dondi, CEO of Nomisma: the reform of the land registry, says to the , “is absolutely necessary to ensure fairness”, because “the inequality of tax bases leads to an imbalance of the levy”.

According to Dondi, the reform would not take the form of a new asset, as some accuse, because “the tax already exists: it is a question of redistribution. Of course – he specifies – by changing the tax base, the suspicion arises that there may be an increase in the tax burden but the invariance of the revenue is promised at the national level, but not at the local level. The prerequisite is the reduction of the gaps between the different territories, which cannot be guaranteed at the local level but rather at the national level ”. However, many have lashed out against the proposed intervention, prefiguring an increase in taxes: “The reform of the land registry should redefine the distribution of the tax burden: I do not understand then how one can be against a more equitable distribution, given that there are territories and families who pay more than they should. If the approach of the invariance of revenue is followed, I do not see any risk of further aggravation ”.

However, Dondi warns, if you decide to start the reform, the process will not be easy: “it is a question of moving from rooms to square meters, of creating a system of reliable reference values. All of this will take time. The work of defining the tax bases is complex but we must start if we do not want to maintain an inequitable and inequal system ”. In some territories – he points out – the cadastral values ​​are not aligned with the market values ​​and even within some cities there are stacks that are not updated with the paradox that in the suburbs you pay relatively more than in the center. “The fear of tax issues is inappropriate – the CEO of Nomisma reiterates – it is a process with intentions not supported by the declarations made so far. Rather, we must ensure that there is no longer someone who overpays “.

Confedilizia does not think so: “if there is an urgency in the real estate field – affirms the president Giorgio Spaziani Testa – it is certainly not the land registry reform, but a clear reduction in taxation, especially that of a patrimonial nature. Just think of the fact that, since 2012, the IMU weighs 12/13 billion more, every year, compared to the ICI “. “Experience shows that every time it was thought to intervene on the cadastral assessments, tax increases were given. Significant, in this sense, is what Matteo Renzi did in 2016: faced with a text that in words would have left the revenue unchanged, he verified that the technicians were preparing a real drain on the owners and blocked everything. A few days ago, the then Deputy Minister of Economy Zanetti said it well. Moreover, if the reform is made to follow up on the requests coming from Europe, the tax increase is certain given that this objective is expressly indicated in the documents of the Commission ”.

As for the objective of fiscal justice, Spaziani Testa notes that “inequities exist in the land registry as well as in many other sectors. But there are also tools, which can be activated by the Revenue Agency and by the Municipalities themselves, to correct many of them. Why don’t they use them? ”. The government should instead reduce the tax burden: “It begins – he continues – by eliminating the assets on uninhabitable properties, which incredibly still are subject to it, and in small towns, those in the process of depopulation, where properties have zero value as they are neither habitable. neither salable nor rentable. Removing the IMU in municipalities with up to three thousand inhabitants would cost just 800 million euros ”.

The position of the unions is different: the UIL, which has carried out studies on the Imu revenue, believes that the land registry reform is necessary to “restore equity in taxation on the brick, announced several times over the last few years and never implemented. A reform – says the union of via Lucullo – expected for more than 30 years, given that the last revision of the cadastral estimates is dated 1989, starting from a revision of the old, unfair cadastral values ​​that do not correspond to the real value of the properties, eliminating the current paradoxes for which prestigious houses in historic centers have low cadastral rents, while properties located on the outskirts and built more recently have high cadastral rents. However, paying close attention because this reform process should not mean higher levies, but a different and more equitable distribution of the tax levy on real estate.