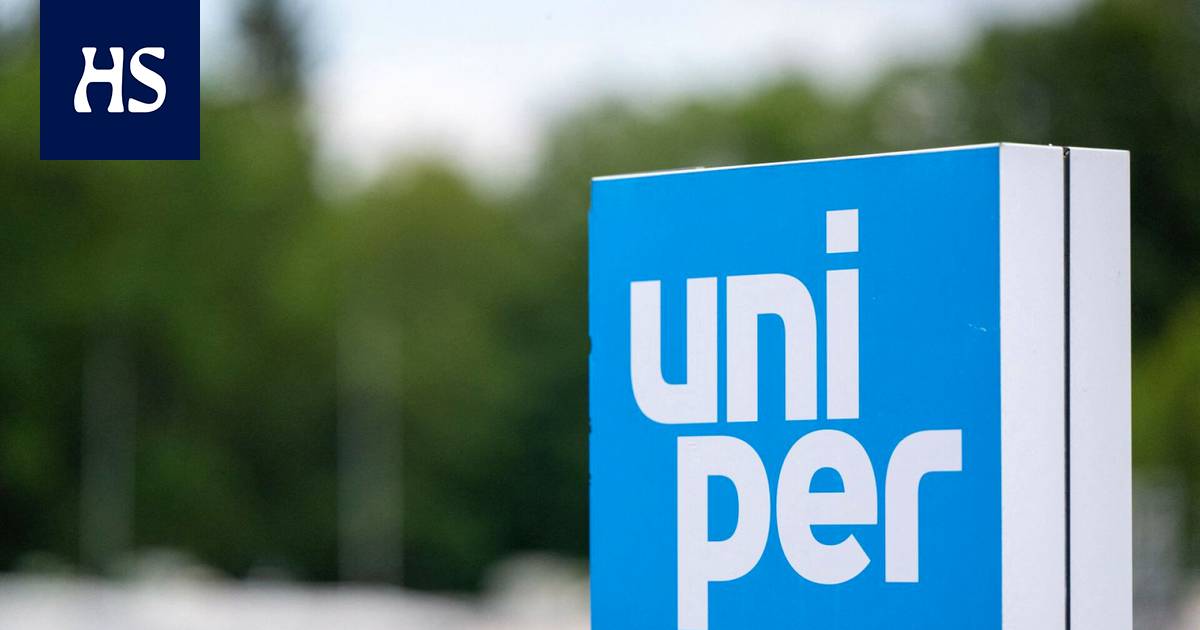 Uniper says gas supplies to Russia have fallen by 60 percent. The company has to buy gas elsewhere at a high price to meet its delivery obligations to its customers.

Energy company Fortum’s German subsidiary Uniper says it is in discussions with the German government about possible state support measures to secure the company’s solvency in a situation where Russia has significantly reduced its gas supplies to Germany.

Uniper reported late Wednesday night. At the same time, the company canceled its earnings guidance for this year and said that the result for the first half of the year would be significantly weaker than last year.

Uniper is one of the largest buyers of Russian natural gas in Europe. Half of the gas purchased by the company has come from Russia.

In recent weeks, the Russian state gas company Gazprom has significantly restricted gas supplies to Germany. Uniper says that since June 16, Gazprom has supplied it with only 40 percent of the gas it is supposed to supply.

At the same time, Uniper must meet its delivery obligations to its own customers. Ultimately, the company will even have to buy gas elsewhere at the current very high market price, and the company says it has already done so.

“Currently, Uniper procures replacement gas at a significantly higher price. As Uniper is not yet able to pass on these additional costs to its prices, this will create a significant financial burden, ”the company said in a statement.

The situation is so precarious that Uniper says it is already in preliminary discussions about possible state support measures.

“Uniper is figuring out how to secure the company’s liquidity (solvency). Among other things, Uniper has opened discussions with the German government on possible stabilization measures, ”the company said in a press release.

According to Uniper, stabilization measures can mean, for example, guarantees, sureties or even state capitalization. Another option is for KfW, a German state-owned bank, to increase its EUR 2 billion revolving credit facility to the company in the first half of the year.

Also Fortum has provided Uniper with a substantial financing package. In December, the company provided the company with EUR 8 billion in financing in the form of shareholder loans and guarantees from the parent company. The amount is very substantial. It can be compared to the market value of Uniper, which was just over five billion euros on Thursday.

The reason for the financing package at the turn of the year was Uniper’s increased collateral requirements due to higher natural gas prices.

According to Fortum, Uniper has not yet made full use of the funding.

Fortum does not directly answer the question of whether Fortum is preparing new support measures for Uniper.

“As we announced in early January, Fortum has supported Uniper with both loans and guarantees. However, a national, industry-wide solution is needed in Germany to manage and ultimately resolve a crisis of this size, ”the company’s communications said.

Fortum has stated in the past that a complete disruption of gas supplies from Russia to Europe would be such a major market failure that it would require the intervention of the authorities.

In practice, a state of emergency would be declared in the gas market, giving the authorities the right to regulate gas consumption in order to secure the supply of gas to socially critical sites such as homes and hospitals. This would trigger force majeure clauses in gas sales contracts, ending normal supply obligations. Force majeure means force majeure.

At the press conference, the German Minister for Climate and Economy Robert Habeck did not rule out the possibility of gas regulation, but said he hoped it would never have to.

According to the analysis company Inderes, Uniper will be in a state of disarray as long as the German government does not introduce a compensation mechanism that would limit the cost to Uniper of purchasing replacement gas.

Russian the state gas company Gazprom began restricting gas supplies to Germany on 14 June. According to Gazprom, this is due to maintenance work on the Nord Stream gas pipeline in the Baltic Sea, but the German government says the reason is political. Gazprom could send more gas through a pipeline through Ukraine, but the company has not done so.

Gazprom has already cut off gas supplies to five EU countries that refused to pay for gas in rubles. German Uniper, on the other hand, said it would pay Gazprom with an arrangement that meets Gazprom’s requirements but does not violate EU sanctions on Russia.