The timeless “Dolce Vita”, US tourism is making a comeback 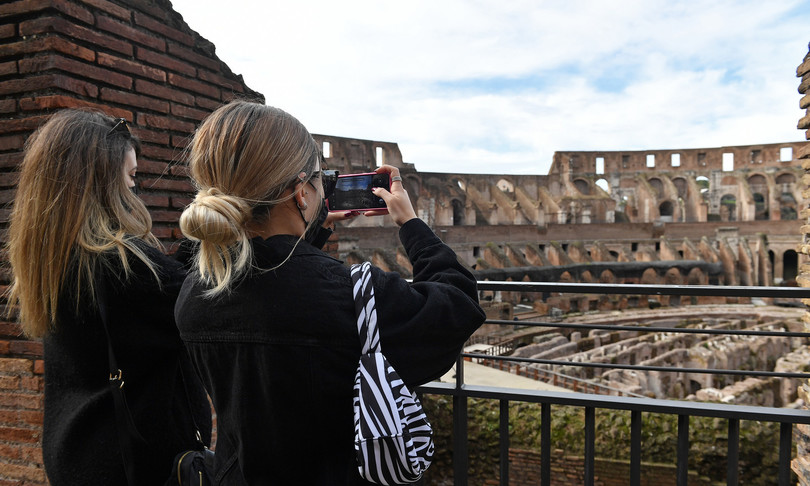 – American tourists begin to returni, but there is still a long way to go: operators are waiting for them with open arms, counting on the fact that the new rules on entry into the US and the decline in the contagion curve, as the vaccination campaign progresses, will restart the richer market and scope.

“American tourists reappear: we cannot talk about flows but seeing that the market is reopening is already a success. We await them with open arms “, the president of told Federturismo, Marina Lalli. For destinations in the East, he points out, “there are still many limitations and being able to reopen the channel is a sigh of relief for our operators”.

“There are positive signs from the American tourism market but the real test will be in the spring”, underlines the president of Federalberghi Bernabò Bocca, according to which there is “certainly an improvement in arrivals from overseas compared to last year but these are still laughable numbers. However, we register a great interest in Italy for spring 2022”. “We are optimistic – says Bocca to – and our hopes are pinned on the US market which is the first for the cities of art for the numerical aspect and for the level of expenditure “.

At the beginning of the summer with the covid free flights – remembers Lalli – there was a breath of fresh air but of short duration: “Now, with the new rules, we expect that they can really return because Americans are high.spending tourists, who leave on the territory a daily quota higher than the other tourists “.

“There is a great desire among US citizens to return to travel: our operators are waiting for them with trepidation”, confirms Ivana Jelinic, president of Fiavet. “In the summer – he explains to – we saw very low numbers, few daredevils came. From November they should reopen but let’s not expect the pre.pandemic data. There will be a return but not in massive form, rather a progressive normalization”. In the summer – continues Lalli – individual tourists came from the US, not the usual ones who know the country. And the groups never returned. In the pre.Covid years, arrivals amounted to 4.4 million.

“The summer was positive thanks to domestic tourism and now the test is the autumn season for the restart of the cities of art: here US tourism would make the difference, which is high.end “, says Vittorio Messina, president of Assoturismo, hoping that “arrivals from the United States leave as soon as possible”; “American tourism is very important and could also return to ski resorts, those with ‘5 stars’.

The Americans – points out the president of Federturismo – are very fascinated by the made in Italy and the imagery of the ‘Dolce Vita’ continues to take hold “.

But now it is a matter of preparing for the new needs: the destinations will remain the traditional ones but the tourists – observes the president of Fiavet – will be more attentive to sanitary and hygienic conditions. “The renovated facilities, which have had the strength and courage to invest, can now have an extra gear, an important competitive advantage in the coming months”, assures Lalli. “The fact that we are reaching considerable levels of vaccination – concludes Jelinic – it will help the market to reassure itself “

And the story of Italy during the pandemic? “We came out well – observes Lalli – we were the first country hit after China, we were in difficulty but then we showed that we were able to manage the situation better than others. Also in this last period, we are seen as the country that is rising again, which has projects, which achieves excellent results in sport, in music, which also gives guarantees on a political level. The perception has changed a little: a beautiful country to have fun but also capable of taking a shot of the kidneys to reorganize “.