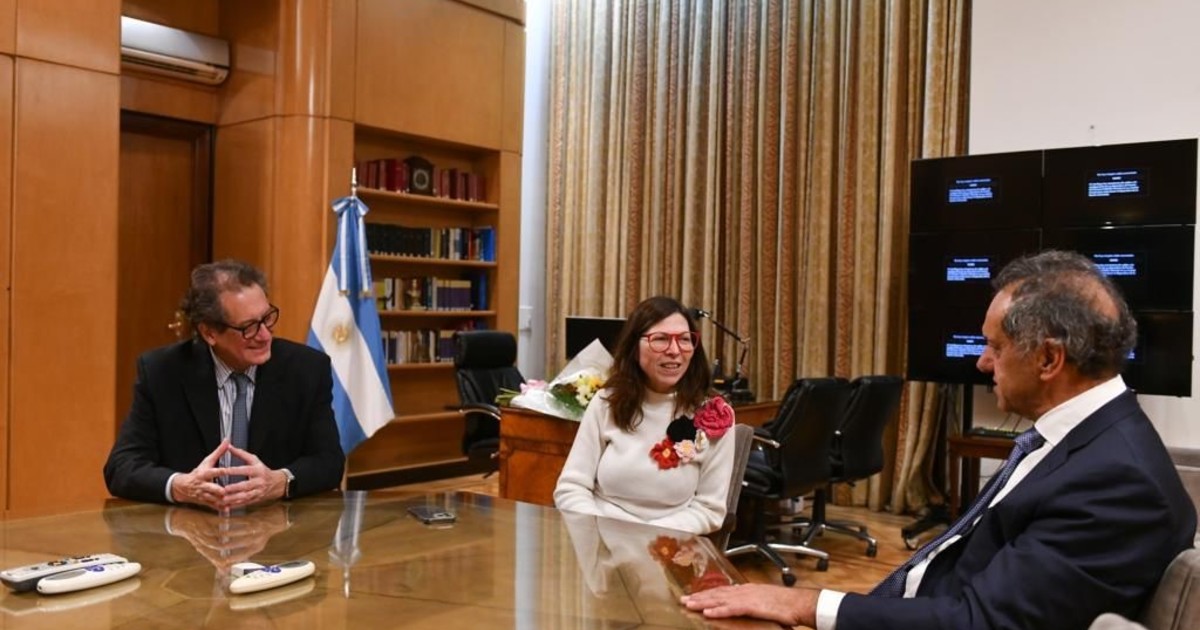 Silvina Batakis took over the Ministry of Economy in the midst of growing financial tension in the local market. “I believe in fiscal balance and I think we have to move in that direction. And in the liberation of all the productive forces of our country to achieve genuine jobs and more exports. I believe that this is the path and the task that the President entrusted to me,” he said after being sworn in.

This Tuesday, the market will operate again with an external reference, after a day with partial movements due to the holiday this Monday in the United States. It will be the true debut of the Minister, that you will have to try to convince local and foreign investors.

He has a difficult match ahead of him: the dollar bonds that his predecessor exchanged in 2020 lose almost 38% of their value in the year and the country risk flirts with 2,500 points.

“In addition to receiving an economy with a growing fiscal deficit, pressure on international reserves, country risk above 2,400 points and monthly inflation of around 5% per month, one of the minister’s first challenges will be to reaffirm the agreement with the IMF, one of the main legacies that Guzmán left him,” said Martín Polo, from Cohen.

“It will also be important to determine how his cabinet will be formed, especially in key secretariats such as the Budget and Finance. No further cabinet changes have been reported so far,” he added.

The skepticism of the market is great. In an email to his clients, the economist Emmanuel Alvarez Agis, one of those who had sounded to take the position that Batakis finally assumed, warned: “After the debt crisis in pesos and extreme measures taken by the monetary authority to recover international reserves, the government of Alberto Fernández and Cristina Fernández de Kirchner entered its most complex moment since the change of administration”

Agis warned clients of its PXQ consultancy: “We have already entered a financial crisis of uncertain resolution”.: “These are difficult times to provide quantitative arguments to a crisis that is mostly political and self-inflicted, and that remains unresolved.”

His pessimism was shared by the CEO of an investment bank. “At this point, why Batakis is doing it doesn’t matter, she can’t do anything to dissipate the extreme mistrust generated by internal politics within the government,” he commented off.

Meanwhile, in the consulting firm 1816 they pointed out: “Guzmán left and if the government wants to make abrupt changes by talking about the “inheritance” of the former Minister, the ideal moment could be now.”

“We suspect that Batakis does not have a team or a plan to start up so immediately, so that to understand the new management you will surely have to be patient. In the next few hours we will find out who is in charge of Finance, if it continues Chodos in the FM and how the program continues with the Fund”, added the economists.

To Franco Mattig, from Consulting, firmó: “The monetary situation is so out of control, that I believe that the only thing that would serve to calm the market is a clear fiscal signal. Advance with the segmentation of rates, adjustment in transport subsidies and cuts in other ways, such as on the side of the relationship with the provinces. “, He listed.

“Anything else can make us win one or two weeks, but the market will lead you to do it in any way,” Mattig said, adding: “The most important thing is to recover the financing in pesos and that can only be achieved with the fiscal signal Meanwhile (that is, a matter of days), that the BCRA continues to defend the peso curve is key, but it will only lead to more inflation if it does not show fiscal commitment.”