Europe, the USA and the Tsar’s gas tap 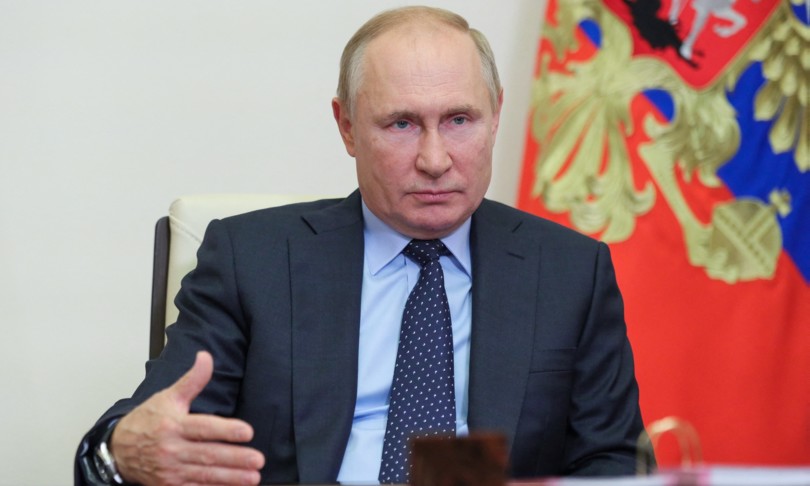 In the end, the Tsar took care of it. With gas contracts up nearly 40% to £ 4 per therm, after starting 2021 at 50p, it was enough the dry words of Russian President Vladimir Putin to convince the market to reverse course. A few minutes and, as if by a miracle, the contract price dropped to 2.87 pounds.

“Our contract obligations for supplies through the Ukrainian gas transportation system are 40 billion cubic meters of gas per year. Gazprom has increased these supplies, this pumping, to be more precise, by more than 8%. And we can confidently say that we will exceed our contractual obligations to supply gas through the territory of Ukraine, “Putin said.

“The” mistakes “of Brussels

The Russian president also did not fail to criticize the European strategy. At the root of the surge, he stressed, are the “mistakes” of Europe, which has not signed sufficient long.term contracts with Russia.

Put in these terms, natural gas records are nothing more than the result of a global battle to secure the fuel supplies needed to sustain the rebound in post.pandemic demand. The race for oil is also a clear example, the price of which has soared to the highest levels since 2014. Since the beginning of the year, the price of black gold has risen by more than 50%, adding further inflationary pressures that risk derailing the recovery.

Despite the solicitations, OPEC + has been careful not to accelerate the expected increase in production, keeping the entire West in suspense. Not even a direct appeal by US President Joe Biden was enough to move the big producers.

The rise in pump prices in the US is a major concern in the White House. The issue is deeply felt in an economy based on transport, of goods and people. And the risk is that consumer exasperation will cause Democrats to lose control of Congress in next year’s mid.term elections, with devastating consequences for Biden’s entire agenda, including his plans against global warming.

Hence a series of conflicting attitudes recorded in Washington. On the one hand, the new administration has officially put the fight against climate change at the heart of its plans; on the other hand, he is clear in his head that citizens are more interested in the impact that the transition has on their pockets.

She also intervened on the subject Jennifer Granholm, US Secretary of Energy, which explained how Washington is ready to unlock the energy reserves of oil to calm the price of gasoline. To do this, he added, “all the tools are on the table”

In fact, raising excise taxes on fuels to discourage consumption is unthinkable in a country where Republicans consider global warming to be fake news and Democrats prefer to rely on the market. The expression carbon tax sounds almost like a dirty word.

In the midst of all this, Europe risks being crushed, which is also committed to an announced green transition. The increase in the cost of energy is heavily affecting citizens and businesses. The risk is that, between Atlantic loyalty and speeding in the transition to a greener economy, the same renewable sources become the object of unpopularity, indefinitely delaying the construction of a real consensus for the transition.

Putin today has chosen to officially take the field with his taps, with the aim of transforming the match into a three.way game. And of course with an eye to Nord Stream 2, the new pipeline intended to transport Russian gas to Germany bypassing Ukraine. Because basically everything is geopolitics.