Nothing in fact for Almaviva workers, the ministry attempts mediation 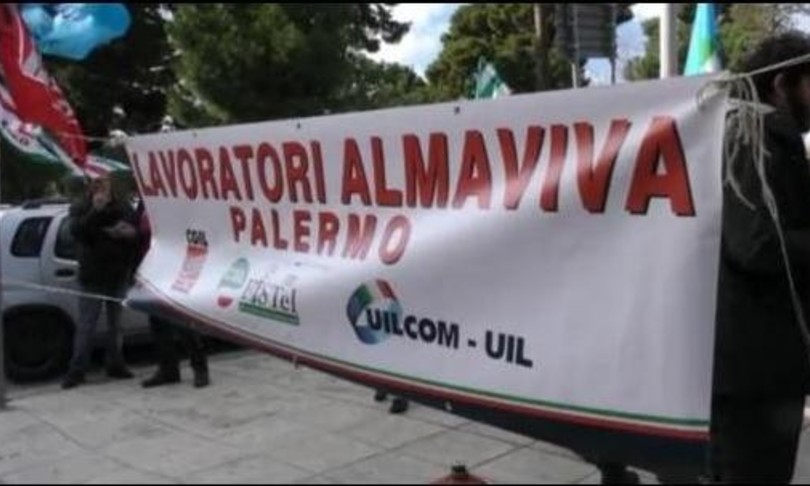 There are hours of negotiations for the negotiations in the Almaviva dispute, which up to now has a nothing new about the ‘social clause’ which could save the jobs of over 600 employees of the call center that operated for Alitalia.

Today’s meeting – held remotely and which follows the one just twenty.four hours ago – was attended by the mayor Leoluca Orlando, the councilor for Labor, Giovanna Marano, the general manager and the head of the cabinet of the Ministry of Labor and the representatives of Covisian, Almaviva and Ita.

“Even tonight – Orlando and Marano declare – another stalemate in the meeting with the Ministry of Labor. Covisian continues not to present a plan for the application of the social clause in contempt of workers and the entire territory. inalienable for social and legal reasons of the provision of the social clause by providing a rapid path of reabsorption of all the workers involved. A path that is accompanied by the adoption of more sustainable and less socially burdensome shock absorbers. For the protection of an entire economic sector we look forward to a rethinking by Covisian and Ita “.

The Ministry of Labor, the unions explained, updated the table in the following 36 hours, inviting the social partners and the company “to implement a shared agreement acceptable to both parties”.

“On the sidelines of the meeting – continue the unions – Almaviva was asked not to activate the social safety nets, assuming the burden of waiting for the outcome of the negotiation that should soon reach a conclusion”.

It has been guaranteed that the activation of the social safety nets will not be requested but will be used from Friday 15 to Sunday 17 October to institutions where they are available. Tomorrow from 9:30 am to 12:30 pm, a garrison will be held in front of the Covisian headquarters in via Ugo La Malfa, 102.

“It is time to show – the unions conclude – what we are made of. Covisian must understand that without us he cannot handle Ita’s customer service ”.

At the heart of the requests is the application of the social clause which, in addition to guaranteeing workers’ rights and salaries, guarantees companies to be able to count on all the professionalism acquired by workers over many years of service, in a sector with high added value. of air transport.

“We are sure that Ita and Covisian have also realized the difficulties of starting the Customer Care service from scratch – say the territorial secretaries of the trade unions and the Rsu of Almaviva – it would seem, in fact, that some telephone operators of Almaviva Palermo of the Alitalia service have been contacted to be hired with private negotiation and with contractual conditions different from the current ones.

If all this were to be confirmed, we would be faced not only with an attempt to circumvent a state law (law 11 of 2016 on the social clause of call centers) but at the same time with an attempt to weaken a trade union negotiation, and the related table. of confrontation, in which the Ministry of Labor and Social Policies plays the fundamental role of guarantor “.

One thought on “Nothing in fact for Almaviva workers, the ministry attempts mediation”