Deolinda Carrizo: “We work to narrow the inequality gaps in rural areas” 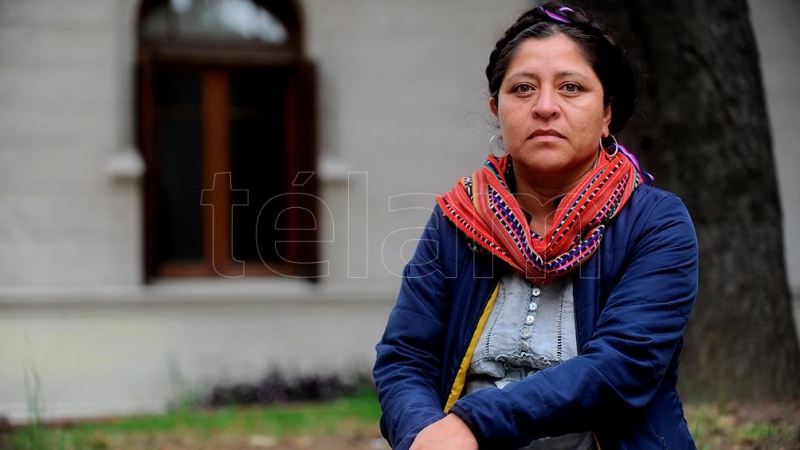 The head of the Gender and Equality Directorate of the Ministry of Agriculture, Livestock and Fisheries, Deolinda Carrizo, affirmed that from her area they seek to “contribute and work towards reducing the inequalities gaps that exist in rural areas”, within the framework of the International Day of Rural Women to be commemorated this Friday, October 15.

According to the latest data released by the National Registry of Family Farming (Renaf), In Argentina, 45% of the people registered in the nuclei of family farming are women (152,293), and only 10% of these nuclei are identified with female headship.

These numbers – released in August 2020 – show that although there is a significant participation, women are valued asymmetrically.

In this context, Carrizo argued that one of the great problems faced by rural women in Argentina “is access to land and water” and that for this reason, the Ministry launched the “In Our Hands” Program that aims to improve the conditions of production, added value and commercialization of rural development projects for women in family, peasant and indigenous agriculture and artisanal fishing.

The leader of the Indigenous Peasant National Movement stated that through this program they seek to “narrow the gaps in productive assets” and to do so it works in three lines: access to tools, machinery and new technologies; provide revolving funds and commercial capital for projects already financed affected by the pandemic; and agro-ecological production units for shelters for women victims of violence.

The women represent around the 50% of the formal food production force in the world and they occupy a predominant role in small-scale food production, the preservation of biodiversity and the recovery of agro-ecological practices.

According to the United Nations in Latin America only 30% of women own land and only 5% have access to technical assistance.

From the Directorate that Carrizo leads, they reported that from the program “In Our Hands” there are a total of 182 projects approved that involve 2,707 women del not.

“We have had the presentation of more than 700” In Our Hands “projects, which have exceeded expectations because it has been launched in the middle of the pandemic and the work and effort that women have made has been tremendous and they have been presented,” she explained. .

In November 2020, the Ministry of Agriculture created the Gender Perspective Mainstreaming Unit, with the aim of promoting gender equality in all areas of concern of the national portfolio.

In this context, Carrizo pointed out among the actions that are carrying out the modification of the Renaf payrolls to collect information on the hours that women dedicate to work in agriculture and the care tasks they have in productive spaces.

Only one in ten women heads a rural enterprise”

The work carried out by rural women presents the peculiarity of being doubly invisible, since their contribution is divided between what is considered “productive” work and “reproductive” work, associated with the tasks of caring for and feeding the women. peasant families.

As stated from the foundations of the “In Our Hands” program, there is a coincidence in the absence of salary for both activities, which is a place of loss of rights for rural women.

Likewise, this situation of inequality is complemented by the equity and financial gender gaps, since as they do not own the land they work, or real estate, it also affects their lack of access to credit by not having the guarantees. traditional required.

In another section of the talk, Carrizo highlighted the Semillar program, which is “the result of the work of organizations” and that “comes to recognize the work that women have historically done in family farming, which is conservation, multiplication and care of the seeds “.

According to the latest survey carried out by the Renaf, there are a total of 190 thousand registered families, that is, 406,700 people, of which 76% are dedicated to agriculture, 55% to livestock and 7% to agribusiness. .

Since 2019, 21 thousand more families have been registered, which means a total of 42 thousand people. Of these 42 thousand new, 25,333 are women. Of these women, 8,669 are holders of the Family Agriculture Nucleus.