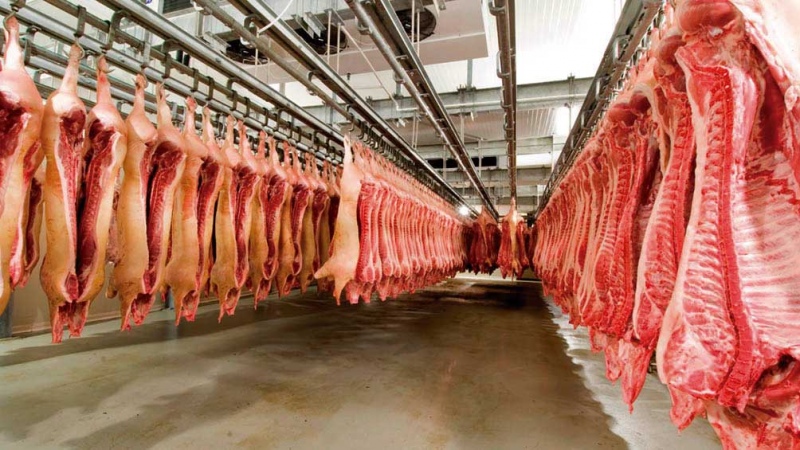 Pork exports collapsed by more than 80% during the third quarter of the year and accumulated a decline of 8.9% in the first nine months of the year., due to a drop in Chinese demand and a sharp decline in international prices, although demand in the domestic market is maintained, specialists and exporters agreed.

According to data provided by JLU Consultora, specialized in the pig sector, during July, August and September the exports of pig meat they collapsed by 83.23%, going from 14,033 tons in that period of 2020 to 2,354 tons today.

This abrupt drop caused that in the accumulated of the first nine months, shipments fell from 31,891 tons exported in 2020 to 28,468 tons so far this year, even though until June the shipments of pork were located almost 10,000 tons above in the year-on-year comparison.

In this way, in the sector take for granted that this year will conclude with the first fall in exportssince Argentina began to trade pork abroad in 2017.

In the sector, they assume that this year will conclude with the first fall in exports, since Argentina began to trade pork abroad in 2017.”

In dialogue with Tlam, the swine livestock consultant and former president of the Argentine Association of Swine Producers, Juan Uccelli, we love that shipments will end in 2021 with a 35,000 ton volume (7,000 tons less than in 2020), when it was expected to reach the record of 60,000 tons.

In money, will be exported near US$ 85 millones, when the last year they reached US $ 105 million.

The specialist explained that this decline was due to two main factors: a decline in Chinese demand, which accounts for 80% of total Argentine exports, and a sharp drop in international prices.

Uccelli recounts that from the rise in the price of corn and soybeans, main feeds for pigs, made a large number of Chinese producers were out of the loop due to losses caused by cost rise.

“When leaving the system, the equivalent of almost all the farms in Argentina sent the animals to slaughter, which generated a surplus of meat in China and a decrease in purchases in the world market,” said Uccelli,

In this sense, the general manager of the export consortium Argenpork, Guillermo Proietto, detailed that “during the first semester what was happening in China the thing is the price of live pork began to drop locally, due to a significant recovery in production. “

In addition, “some outbreaks of African swine fever caused producers to rush to liquidate production, added to a point in the year that is not in high demand for pork in that country. That caused the price to fall and ended up causing exports to stop, as the price collapsed by almost 50%. ”

Uccelli explained that this drop in prices was due to another factor that has been added in recent months: “in August it is expected that China will resume purchases, but at the end of July a major Chinese and Brazilian broker filed a call for creditors and caused a very serious problem for the sectorSince he left many unpaid containers in China or on the way to that destination loaded with pork. ”

“In the meantime, they began to offer that cargo to sell it quickly and what was worth US $ 2,500 a ton became worth US $ 1,000. Ah, China again made very cheap meat and that lowered prices,” he said.

But while international prices fell, in Argentina the local value of live pigs recovered, which motivated that what was stopped exporting was absorbed by the domestic market.

As Uccelli explained, early in the third trimester the so-called HoReCa channel (hotels, restaurants and catering) began to reactivate, which resulted in a higher demand and a rise in the domestic prices of the live kilo.

“There was a lot of demand, so as there was more demand, the price of pork paid to the producer rose, which went from US $ 1.26 to US $ 1.35 per live kilo. Normally, in September there is a strong demand. With that situation today est $ 1.53 “, he dialed.

“The domestic market is very good, money is earned. It will be a very good year for the sector, better than last year”, which despite the fall in exports will close with an increase in production of around 6%, estimated the specialist.