The Government seeks to close an agreement to stabilize food prices 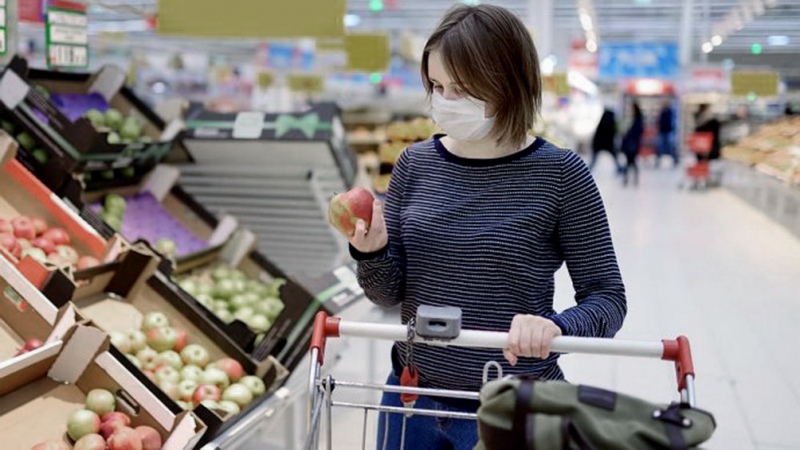 Feletti warned that if there is no agreement from here to next Monday, progress will be made with the application of “non-consensual maximum price policies.”

The Government aims to seal no later than Monday an agreement with food producers and marketers to keep prices stable until next January 7, without ruling out the possibility of applying existing laws to prevent new increases and guarantee the normal supply of products from the basic basket in case of not reaching a consensus.

In his first activity at the head of the Secretary of Commerce, Roberto Feletti received last Wednesday representatives of food companies and supermarkets to inform them of the government’s decision to keep the food prices in force as of October 1 frozen until January, to which it’s a list of articles must be agreed upon.

In radio statements, the replacement for Paula Espaol warned yesterday that If there is no agreement from here to next Monday, we will move forward with the application of “non-consensual maximum price policies.”

“I hope to close this agreement and put it into operation on Monday, if not, we will apply the laws. I want to avoid that,” said Feletti, who indicated that if there is a counter offer, “we will evaluate it and on Monday we will sit down to close the agreement.” .

If there is no agreement, Feletti anticipated that the Supply Law will be applied and the Secretariat will have to move forward with “non-consensual maximum price policies.”

“Obviously if an agreement is not reached, we will have to apply the laws, which I tried to prevent because I believe in social agreements,” said the secretary, who explained that the greatest resistance is perceived in the producers, rather than in the marketers.

After the fall registered in August, inflation rebounded in September with a rise of 3.5% in the Consumer Price Index (CPI), which motivated the need to put a brake on the rise in food, which has a strong impact on the middle and low income sectors of the population.

Above manifest que the attempt to order a price policy “generates discomfort”, after which he added: “if there is discomfort in the employers, there is more in the people.”

In addition, The Secretary of Internal Trade anticipated the intention to advance with agreements in other products: “We want to avoid frustrations due to an immediate rise in prices in food, then we will advance in other sectors,” he said.

Segn Feletti, the most immediate challenge is “to guarantee supply and prices for a good level of consumption in this last quarter.”

“I have spoken with businessmen in the sector, both marketers and producers, and I asked them to win by quantities and not by prices. They are not being asked to lose money, but to lower the weight of the food basket in wages, “said the head of the Ministry of Internal Trade.

“What I want to prevent is that someone in the coming months, especially in the periods close to the holidays, has to leave a product in the gondola or in the box because he cannot pay for it, at a time when Argentina needs happiness” , he stated.

Therefore, an intense Monday is expected in meetings to bring the positions between the government and food producers and marketers closer together, since the opposite position of many representatives of the sector is recurrent to any initiative that involves monitoring prices.

The Supply Law in force in Argentina was enacted on June 20, 1974, at a time when there were shortages of merchandise due to the speculative attitude of food manufacturers and producers.

The government aims to seal an agreement with food producers and marketers by Monday to keep prices stable until January 7.

Voices for and against

Feletti’s announcement received immediate support from grocery stores and the executive of the Marolio firm, Juan Fera, who announced that the company would accompany the government initiative.

On the other hand, for the president of the Argentine Chamber of Commerce (CAC), Mario Grinman, the price freezes “are aspirins that work for a little while, they calm the pain but the disease continues, it is a stop and to continue doing the same “.

Regarding the measures to contain prices carried out by the Government, Grirnman said: “It is not authoritarianism, there is a lot of dialogue with this Government; the Government of (Mauricio) Macri never received the Chamber of Commerce, instead with President Fernandez and we ministers meet a lot of times. ”

While, from the Argentine Chamber of Supermarkets (CAS) and the Argentine Federation of Supermarkets and Self-services (FASA) issued a statement on the freeze in which they indicated; “We assume the commitment to notify the authorities about non-compliance with prices, general conditions or supply.”

They added that this requires “a timely response on their part to continue monitoring the measures, in order to define responsibilities, since the sector is not the maker of prices.”

For its part, the candidate for deputy Daniel Arroyo He argued that “the great issue that exists today is the price of food,” and considered that “we must go to a scheme of 400 small central markets.”

“You have to make the producer have direct access to the consumer,” he said.

Arroyo said that “the measures that Feletti is taking are going in the right direction”, and that “we must finish implementing the Gndolas Law”, while remarking that “in Argentina eating should be cheap because we produce food” .