Guzmán and Cafiero analyzed the progress of international economic negotiations 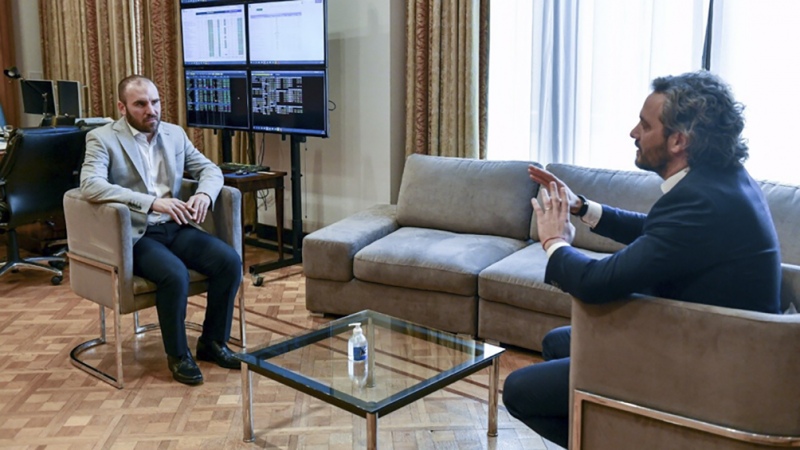 The Minister of Economy, Martn Guzmn, received this Tuesday his pair from Foreign Relations, Santiago Cafiero, with whom you review the international agenda and the progress in the recent trips of both officials within the framework of the G20

After the respective trips, the officials diagrammed future steps in foreign policy of economic, financial, energy and commercial issues, and regional integration, informed the economic portfolio after the meeting that took place in the Palacio de Hacienda.

Guzmn and Cafiero reviewed the recent participation of the foreign minister in the meeting of ministers of the countries that make up the G20, which took place last week in the city of Sorrento.

Cafiero held meetings with officials from Italy, Spain, the United States, the director of the WTO and the Secretary General of the United Nations Conference on Trade and Development.

Likewise, a balance was made of Guzmn’s trip to the United States, where in Washington he met with the current German Finance Minister, Olaf Scholz, Social Democratic leader and most voted candidate in recent elections in his country, the main one in charge of forming the government.

She also had meetings with her counterparts from Italy, Switzerland, South Korea, Mexico, India, Saudi Arabia, Indonesia, the Prime Minister of Barbados, the Deputy Minister of Finance of Russia, and with the director of the G-24 Secretariat, Marilou Oops.

In addition, he had a meeting with the managing director of the IMF and in New York he met with investors together with the Chief of Staff, Juan Manzur.