The president of the Bundesbank resigned 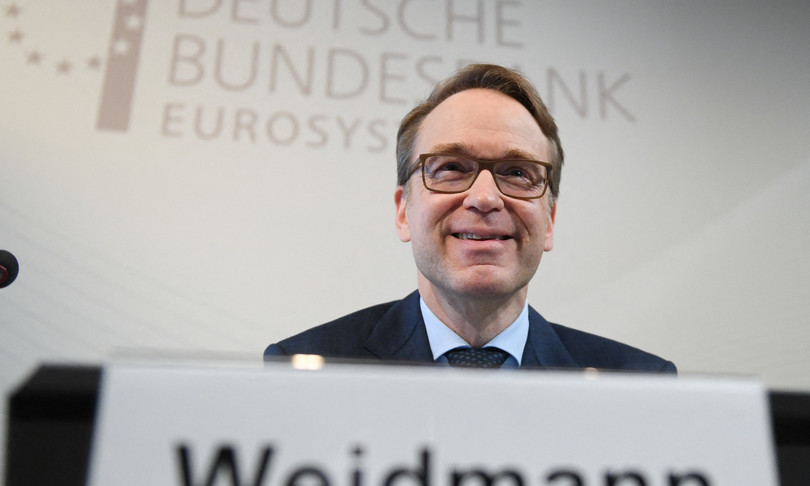 The head of the Bundesbank, Jens Weidmann, he asked the German president Frank-Walter Steinmeier from discharge him from office starting from 31 December of this year.

Will leave the Bundesbank, which he has directed since May 2011, for personal reasons. “I have come to the conclusion that more than 10 years is a good time to move on, for the Bundesbank, but also for me personally.”

Thanks to the staff

In words of thanks to the staff, Weidmann referred to the accomplished results: “The environment in which we operate has changed massively and the tasks of the Bundesbank have increased. The financial crisis, the sovereign debt crisis and more recently the pandemic have led to policy and monetary policy decisions that will have lasting effects. but it has always been important that the Bundesbank’s clear and stability-oriented voice remains highly audible. With great expertise, the departments contributed to the discussions on the right lessons to be learned from the crisis and on the framework for monetary union. Important regulatory changes were adopted. . The reorganization of banking supervision in Europe has not only led to completely new supervisory structures at the ECB, but also to a strengthened role of the Bundesbank. The new responsibilities of the Bundesbank in the area of ​​financial stability also underline our central role when it comes to of a functioning financial system “.

And thanks to the ECB Board

Weidmann then thanked the colleagues of the Governing Council of the ECB under the guidance of Christine Lagarde for the open and constructive atmosphere in the sometimes difficult discussions of the past years and stressed the important stabilizing role of monetary policy during the pandemic, as well as the successful conclusion of the strategy review as an important milestone in European monetary policy.

Weidmann pointed out that the Bundesbank confidently contributed, with his analytical competence and his fundamental beliefs, to the review process recently concluded.

“A has been agreed symmetrical inflation target it’s clearer. Side effects and financial stability risks in particular need to be taken into greater consideration. A targeted overshooting of the inflation rate was rejected, “Weidmann said.

Look to the future

Looking ahead, he said it will now depend on how this strategy is “experienced” through concrete monetary policy decisions. “In this context, it will be crucial“, Weidmann continued,”do not look unilaterally at deflationary risksbut neither lose sight of potentials inflationary dangers. A monetary policy oriented to the stability will be possible in the long term only if the monetary union regulatory framework continues to guarantee unity of action and responsibility, monetary policy will respect its narrow mandate and will not get caught up in the wake of fiscal policy or financial markets. This remains my firm personal conviction, as well as the great importance of the independence of monetary policy “.