The Government rolled back the prices of 1,432 products to October 1 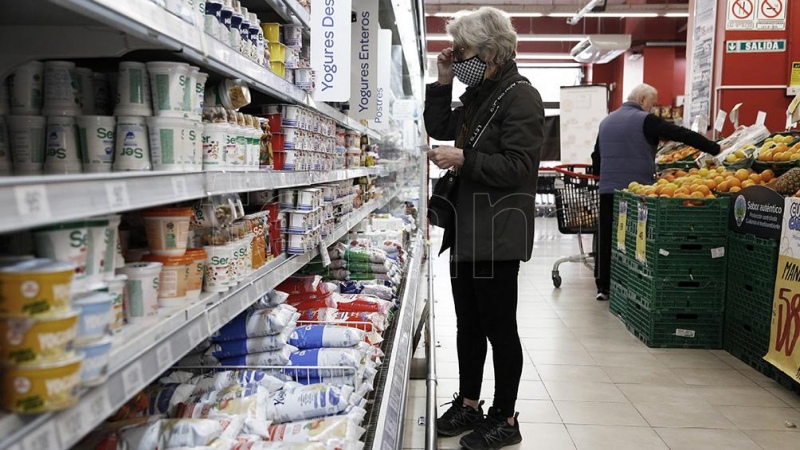 The Government published this Wednesday in the Official Gazette the resolution 1050/2021 of the Ministry of Internal Trade, through which the prices of 1,432 mass consumer products will go back to October 1 and will remain until next January 7.

The resolution established the “temporary fixation of maximum consumer sales prices for all producers, marketers and distributors “of 1,432 mass consumer products throughout the national territory.

Also required “to the companies that are an integral part of the chain of production, distribution and commercialization of the products included (in the list) to increase its production to the maximum of its installed capacity and to arbitrate the conducive measures to ensure its transport and provision during the period of validity of this measure “.

The regulations indicated that the Undersecretary of Actions for the Defense of Consumers publish on its website in a prominent way the maximum prices of sale to the final consumer for each of the products reached by this resolution.

According to the Secretary of Internal Trade on Tuesday night, “the agreed list comprises a diverse spectrum of 1,432 items, which includes both leading brands and products from small and medium-sized companies.”

On the other hand, it guarantees that “in the 23 provinces and in the Autonomous City of Buenos Aires, the basket will necessarily contain the following items: storage, cleaning and hygiene and personal care.”

“The agreed list comprises a diverse spectrum of 1,432 items, which includes both top brands and products from small and medium-sized companies.””

The resolution highlights that “in the last transit of the pandemic, coinciding with a strong process of economic recovery, there have been generalized increases in the sale price of both food for the population, as well as hygiene products. and personal care “, and considered that” they are unreasonable and do not correspond to recent variations in production cost structures. ”

He also remarked that “this general increase in prices especially affects the general welfare of the population”, and stressed that it is “an extreme that requires urgent decisions to establish frameworks of rationality and stability.”

The regulations specify that according to a survey carried out by Internal Commerce, there were “price increases ranging from 7% to 82%”.

In this sense, he stressed that the Secretariat led by Roberto Feletti “has had numerous work meetings with the stakeholders involved in order to agree on various mechanisms to ensure normal supply and marketing and the establishment of prices as of October 1 of this year, without that, as of the date of this measure, significant progress has been made in the matter “.

Consequently, he remarked that “despite these efforts, it corresponds without further delay and in use of the powers conferred, to temporarily arrange, until January 7, 2022, the fixing of maximum prices for the sale to the consumer of general consumer goods of certain products. “, and specified that” the measure provided may be extended in the event that the exceptional circumstances that motivate it persist. ”