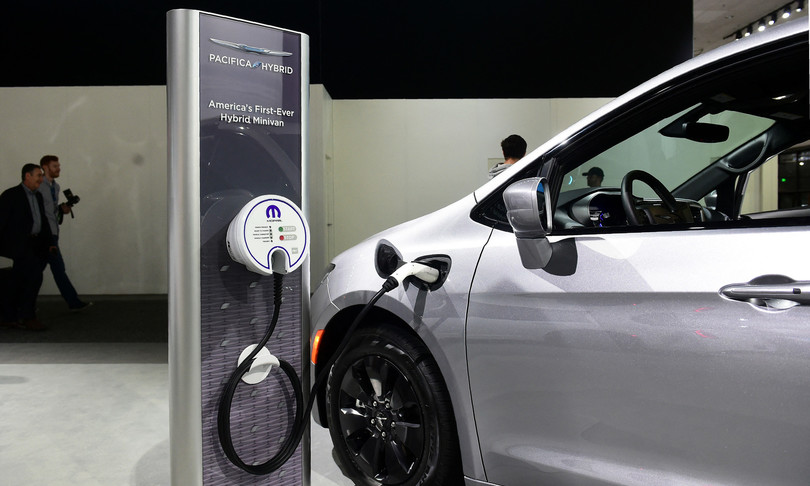 – Electric cars in Italy doubled in 9 months, growing from 99,000 at the end of December 2020 to 200,000 in September 2021. The figure is contained in the Smart Mobility Report of the School of Management of the Politecnico di Milano. The trend in registrations is growing exponentially, especially when compared to the poor performance of the automotive market. Electric cars in 2020 were bought in particular in the North (67%), followed by the Center (26%) and the South (7%), with a very heterogeneous regional distribution which reflects, among other things, the different degree of dissemination of public access charging infrastructures and local incentives for the purchase or use of electric vehicles. According to the National Integrated Plan for Energy and Climate, the study recalls, we should have 6 million electric vehicles on the roads in 2030.

Also considering bicycles (+ 44% on 2019), motorcycles (+ 210%) and buses (+ 49%), electric vehicles registered in Italy in 2020 grew by 61%, and yet they represent only 1% of the fleet in circulation . “The numbers have soared, we could imagine that we are at a turning point, but it is still not enough, since an inertial market development, in line with the current growth trend, would lead us to have around 4 million electric vehicles by 2030, well below the objectives of the PNIEC – comments Simone Franzò, Director of the Smart Observatory Mobility – a more decisive policy action would instead allow us to get up to 8 million electric cars on the roads, with an associated turnover of 245 billion euros. Not to mention a 42% drop in CO2 emissions according to our simulations, which assume compliance with the emission thresholds established by the EU and the partial disposal of the most polluting vehicles “.

The growth in recent months, the study finds, is due to three main factors: the strengthening of purchase incentives (the now consolidated Ecobonus has been joined by bonuses for registrations between August and December 2020 and between January and December 2021, contained respectively in the Relaunch Decree and in the Budget Law); the further increase in electrified models offered by car manufacturers, which are definitely focusing on this market (in July there were 116 plug-in vehicles, a third more than in 2020, of which 71 PHEVs and 45 BEVs: since 2015 they have almost sixfold, with an acceleration in the last three years, and today they cover all segments and price ranges, albeit not homogeneously); the enhancement of the public access charging infrastructure, which in July 2021 had around 21,500 charging points (+ 34% compared to a year earlier), in particular concentrated in Lombardy, Piedmont, Emilia Romagna, Tuscany, Trentino Alto Adige, Lazio and Veneto.

“Between now and 2030 we need strong regulatory support in favor of sustainable mobility, which it can enable a turnover of at least 200 billion euros, including the purchase of vehicles and the development of the recharging infrastructure, with potential benefits for the entire supply chain – adds Franzò – the 38 billion allocated by the NRP (about 20% of available funds) to promote initiatives are certainly good news such as the spread of recharging infrastructures, or of biomethane and hydrogen in transport, but France, Germany and Spain, for example, have decided to support more the purchase of electric vehicles, whose high initial cost compared to traditional cars remains in Italy the main obstacle to overcome “.

The Observatory has in fact conducted the usual survey on potential buyers, increasingly participated as well as the wide range of partner companies that compete in the research, and as many as 70% of respondents reiterated that the initial cost is too high to proceed with the research. purchase, demonstrating that the rapid reduction of the same thanks to the cancellation of many expenses related to the life of the car cannot overcome the resistance. On the other hand, concerns related to the perceived inadequacy of the public recharging network (21%) and the autonomy of vehicles (24%) have fallen sharply. For the current owners of electric cars, the main drivers of purchase have been the positive impact on the environment, the possibility of installing a private charging point and incurring lower costs over the useful life of the car.

Among the trends that are redesigning the world of mobility we find sharing, which confirmed a certain vitality in our country in 2020, especially as regards scooters (+ 45%) and scooters (+ 665%), while cars and bicycles are decreasing or stationary. These are partly (12% of cars, 30% of bikes) or totally (scooters and kick-scooters) electrified vehicles, a circumstance that confirms the synergy between electrification and sharing, with the only exception of cars: those in sharing in Italy at the end of 2020 were about 7,300, but the electric, after having grown for 4 consecutive years, have more than halved compared to 2019 (12% against 25%). The scooter sharing fleet at the end of 2020 numbered 7,360 units, that of electric scooters 35,550: although the market was just born with us, we have gone from 11 kick-scooter sharing services in 3 Italian cities to 64 services in 30.