Registration for Repro II will be from October 25 to 31 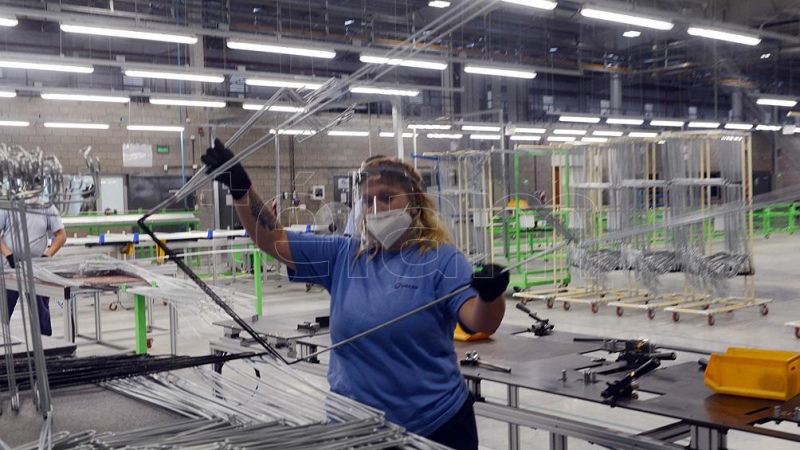 Registration for Repro II will be from October 25 to 31

The Ministry of Labor established the deadline for registering for the Productive Reactivation Program II (Repro II), and extended the Emergency Assistance Program to Workers and Independent Workers in critical sectors for the wages earned this month, through Resolution 643 / 2021 published this Thursday in the Official Gazette.

The rule established that the deadline for enrollment in both programs will be from next October 25 to 31.

In addition, it determined the guidelines to be considered to apply the pre-selection criteria, regarding the invoicing and payroll dates of the companies that want to access the benefit of Repro II.

The months selected for the calculation of the inter-annual variation of the invoicing required by the Federal Administration of Public Revenues (AFIP) will be September 2019 and 2021, but the invoicing should not be considered for companies started as of January 1, 2019.

Likewise, the month selected to determine the personnel payroll and the reference salaries will be the last September.

Meanwhile, the cutoff for the update of payroll and that of CBU will be until October 23.

In the case of independent workers, they must present a reduction in billing of more than 20% in real terms, for the period between the last September and the same month of 2019.

Likewise, the reference period of payments to be accredited to be for the self-employed from January of this year to last August; and for monotributistas, from February to September.

It remains to be defined, which will surely be known in the coming days when the new requirements of the Repro are established for all beneficiaries, what will be the maximum increase in billing in nominal terms, which for salaries accrued in September was 70 ,4%.

Repro II grants assistance of $ 22,000 to workers in companies in critical sectors, the same amount as for health care and the self-employed, while the subsidy to the non-critical sectors affected is $ 9,000.

Repro II grants assistance of $ 22,000 to workers in companies in critical sectors

According to the Repro II Evaluation and Monitoring Committee, in its act number 11, the recovery of employment in July and August last occurred as a result of the reactivation of the economy and the lifting of restrictions in the framework of the pandemic. .

“The various sources of information available on the labor market show a recovery in employment levels in different magnitudes depending on the occupational category, branch of activity and geographic coverage”, stated the Committee.

He indicated that “in August 2021, the employment registered in private sector companies in the agglomerates surveyed by the Labor Indicators Survey (EIL) shows an increase of 0.2% in monthly terms”, and assured that “this variation in Private salaried employment is related to the reactivation of economic activity in some branches in particular and to the relaxation of the circulation restriction measures, adopted based on the marked reduction of Covid-19 infections “.

“In July 2021, according to the information that emerges from the records of the Argentine Integrated Pension System (SIPA), the number of workers with registered salaried employment in the private sector grew 0.1% (variation without seasonality)”, he specified. the Committee, and remarked that “this information implies that 4,700 people were incorporated into registered salaried employment in private companies.”

Furthermore, he pointed out that “although the variation in private registered salaried employment during July had a heterogeneous behavior at the sectoral level, 11 of the 14 branches of activity showed growth in employment (in the seasonally adjusted series) between December 2020 and July 2020. 2021 “.

“Analyzing the information from the SIPA administrative registry with the last data corresponding to July, it is noted that in 10 of the 24 provinces (Tierra del Fuego, Misiones, Formosa, San Luis, Chaco, Entre Ros, Corrientes, Santa Fe, San Juan y La Pampa) recovered the total registered salaried employment lost since the beginning of the pandemic, “the Committee stated.

Consequently, it concluded that “the behavior observed in the last two months, together with the positive expectations of the companies for the next three months regarding the hiring of personnel, allow us to glimpse that, to the extent that the health situation allows to continue normalizing productive activity, the recovery and growth of formal work is resumed. ”