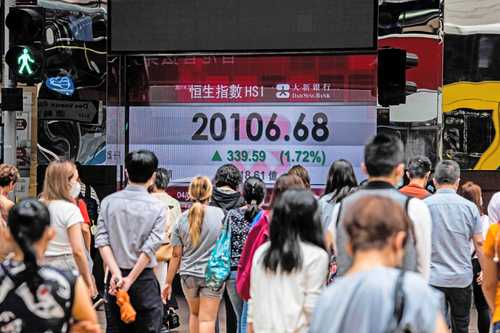 With the high risk of recession and galloping inflation in the European Union, driven by the price of energy, the price of WTI oil fell 2.3 percent and closed at 88.5 dollars per barrel, below 90 dollars for the first time since February, the month in which Russia intervened militarily in Ukraine.

September natural gas futures contracts fell 11 cents to $8.12, and gasoline futures due the same month shed 11 cents to $2.79 a gallon.

Meanwhile, the dollar registered significant weakness against its main international crosses, amid geopolitical tensions in Asia, bad economic news in Europe and pending employment data in the United States.

Due to the above, the peso closed this Thursday with an appreciation against its US counterpart of 0.59 percent, equivalent to 12.08 cents, to end at 20.3413 units per dollar. spot (wholesale). According to data from the Bank of Mexico, it is the second consecutive gain of the Mexican currency against the dollar; the peso traded between a maximum of 20.3910 and a minimum of 20.2940 units.

The dollar index, the DXY, which measures the behavior of the US currency against a basket of six international currencies, registered a fall of 0.73 percent, to 105,597 units.

The market anticipates that the creation of 250,000 jobs will be published in July, but a lower-than-expected job creation could cause greater risk aversion, since it would imply a deterioration in the labor market after two quarterly contractions in GDP.

The Bank of England made the biggest interest rate hike in 27 years on Thursday to counteract inflation that it forecasts will top 13 percent a year in October, when the UK will enter a recession that will last until the end of 2023. .

The Monetary Policy Committee of the Bank of England raised the bank interest rate by half a point, from 1.25 to 1.75 percent. It is the biggest increase since 1995 and takes it to the highest level in 13 years.

This is the sixth consecutive increase in the rate since December of last year, in order to combat the rising inflation in the country, which already reached 9.4 percent annually in June, a record in 40 years and more than four times the objective of 2 percentage set by the Bank of England, which has triggered strikes, amid the rise in the cost of living, particularly for households with fewer resources.

The central bank forecasts that inflation will reach 13.3 percent in October, the highest level since 1980, mainly due to the rise in energy prices after the Russian invasion of Ukraine.

With information from Reuters and Afp

One thought on “Oil prices fall to pre-Ukraine invasion levels”