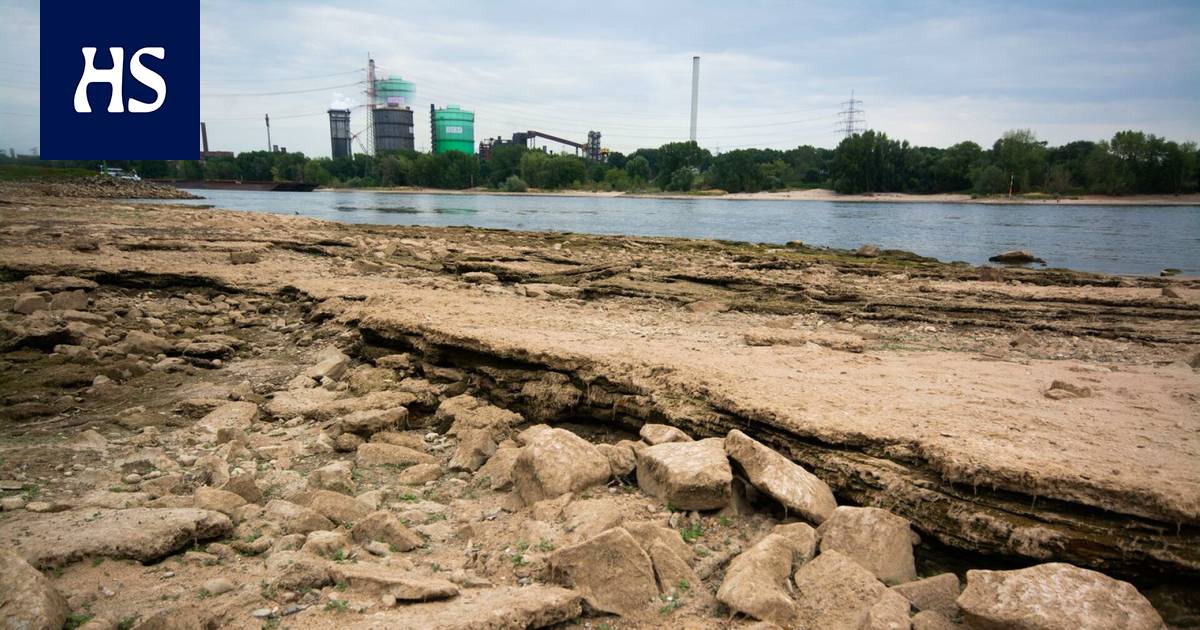 If it is not possible to transport coal along the river to the coal-fired power plants, energy production will begin to struggle.

Drought therefore, the falling water level of the Rhine threatens to close several companies operating along the river, tells British newspaper The Guardian.

According to the German authorities, it is possible that commercial water traffic will have to be stopped in a few days. This would mean that businesses along the river would not receive vital transportation.

News agency Bloomberg by one of the victims is energy company Fortum’s German subsidiary Uniper. Uniper has announced that two of its coal-fired power plants located along the Rhine will have to reduce their energy production if the coal cannot be transported along the river.

According to the companies operating the power plants, energy production has so far been able to be kept at an almost normal level. The reduction of around 10–15 megawatts is due to the fact that the power plants are not designed to withstand such high temperatures as have been at their highest in Europe this summer.

Uniper has been in big trouble because of the war in Ukraine, as Russia has cut its supplies of cheap natural gas via the Nord Stream 1 pipeline. Despite the rescue package negotiated with the German government, the company’s losses continue to be high.

Read more: Russia said again that it will reduce Nord Stream’s gas volumes – for Uniper, the decision could mean additional losses of tens of millions of euros

German on as an emergency measure has restarted its coal-fired power plants to secure energy supply, but may now find itself in a ditch. According to The Guardian, German industry now watches the height of the river level almost as closely as the natural gas delivery volumes.

Even now, ships are only allowed to carry half of the load they can carry. This has meant that companies have had to reduce their production.

According to The Guardian, most of Germany’s river freight travels along the Rhine. Transport difficulties also mean that the prices of goods rise.

In 2018, ship traffic in the river had to be stopped for six months when the water level dropped too low in one of the river’s lowest points.

At that time, for example, the car manufacturer Volkswagen did not receive its steel deliveries on time, while its steel supplier Thyssenkrupp did not get raw material transported to their factory in Duisburg.

After the 2018 crisis, plans have been made, for example, to deepen the river and to introduce barges and ships that travel in shallower water. However, according to The Guardian, the implementation has progressed slowly.

Usually the water level is at its lowest point clearly later in the year than now. Throughout the summer, Europe has suffered from exceptionally warm weather, which has caused, for example, several extensive wildfires in Central Europe.

On Wednesday, the Dutch government declared due to water shortage drought. The Dutch summer has been exceptionally dry, and according to Reuters, the drought is particularly problematic in the Netherlands, as it turns rivers into silt. As a result of this, river traffic becomes difficult.