Provinces and municipalities support the price agreement and join the audit 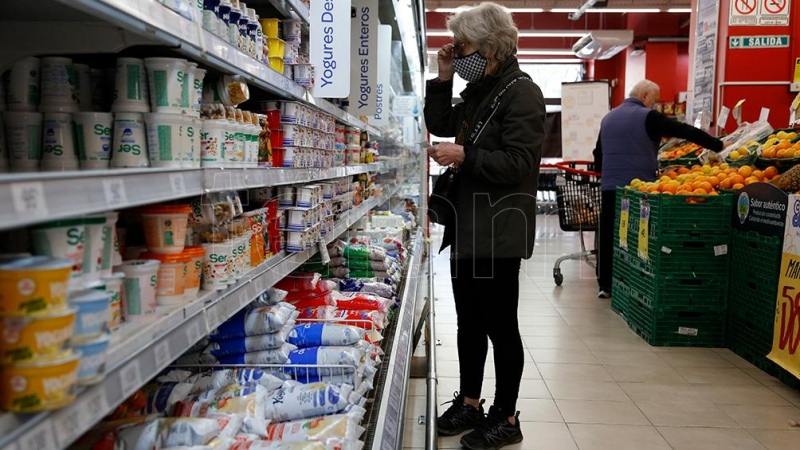 The districts expressed their support for the decision of the national government.

Reactions in the provinces:

The Buenos Aires governor Axel Kicillof supported that “action be taken on the matter so that no one plays the role” to “take care of people’s pockets” and considered that “there is no justification for the increase in prices with these costs.”

In statements to radio La Red and El Uncover, Kicillof reasoned that “when the economy grows rapidly – because demand and consumption were interrupted by the closures generated by health care – we must look very carefully at the issue of prices. “.

For his part, the Buenos Aires Minister of Production, Science and Technological Innovation, Augusto Costa, affirmed that the resolution of the national government implies “giving a signal to all consumers, to all those who need to have predictability of prices.”

In the end of the pandemic we have to articulate the necessary policies so that the improvements in income are not absorbed by excessive increases in prices.

“There will be a State looking after its pockets during the next three months to avoid abuses, to prevent exploitation and we trust the commitment of businessmen to fulfill what we need, which is that they are responsible,” he said in a visit to Baha Blanca.

Several Buenos Aires mayors expressed their intention on Thursday to join the control of the measure, such as the communal chiefs of Ensenada, Mario Secco; Morn, Lucas Ghi; and Pilar, Federico Achval.

Secco assured that he would order the municipal inspectors to carry out a strict control of prices so that in case of breaches in the price agreement by the businessmen, “take a red card to the living.”

Ghi affirmed that the communal chiefs have “the institutional obligation” to control compliance with the agreement established by the Ministry of Internal Commerce, since the measure seeks “that the community can consume at reasonable prices.”

Achval said that the municipalities will try to enforce the decision of the national government to “ensure that these products are on the shelf at the fixed price.”

Together with the mayors, the provincial Ombudsman will go “to the territory” to “control that the agreed prices are met” not only to demonstrate the “commitment of the State” in this action but also so that “citizens are encouraged to report” , promised its owner, Guido Lorenzino.

Meanwhile, the Secretary of Internal Commerce and Services of Santa Fe, Juan Marcos Aviano, stated: “We understand it must be the area in which we are summoned, to organize and articulate the way to carry this forward.”

“I believe that it can be achieved, as has been achieved with the Precious Care program,” said Aviano, who clarified that the province will begin conversations with “the municipalities and communes that want to articulate and join the audit.”

From Mendoza, the national deputy Jos Luis Ramn told Tlam that “it will be excellent” if they summon consumers, represented through consumer associations.

“The consumer associations have all the possibilities to carry out the survey of the controls: that of the price observatory, which is the marketing chain that starts at the gate of a dairy farm and can follow the entire marketing chain until the milk arrives. to the gondola, “he stated.

On the other hand, the Minister of Agriculture, Livestock, Industry and Commerce of Chubut, Leandro Cavaco, confirmed that the province “will join in the monitoring of price control in line with what the national government ordered.”

“We are waiting for them to formally give us the list of products to control and there we will be, as we have been doing with the Care Prices program,” said the official.

From Jujuy, the director of Productive and Commercial Control, Carlos Luque, affirmed that “the province usually does internal control of careful prices and that we are going to continue doing.”

“As a province we will see with good eyes that they give us the ability to sanction the absence of products, have the power to sanction firms that do not comply with the pact,” said the official when asked by Tlam.

In La Pampa, the General Director of Consumer Defense, Florencia Rabario, confirmed that the province “will monitor compliance and control prices” on the products provided by the national government.

Rabario argued that the measure “was really necessary and unfortunately had to be applied because there was no agreement.”

The national government renewed this Thursday the warning that companies that do not comply with the resolution of the Ministry of Internal Trade will be sanctioned.

“The Government will monitor fair competition between companies and act with all the resources of the law to sanction those that do not comply with the resolution,” the Chief of Staff, Juan Manzur, published on his Twitter account this Thursday.

👉🏻 The Government will monitor fair competition among companies and act with all the resources of the law to sanction those that do not comply with the resolution.

👉🏻 A measure that guarantees fair and stable prices to protect and defend Argentine consumers.

From the business community, the president of the Argentine Chamber of Commerce and Services (CAC), Mario Grinman, affirmed this Thursday that the sector he represents is not a price maker but rather is the “last link” in the marketing chain.

“Entrepreneurs want to help as much as possible so that prices do not rise,” said the CAC representative in statements to radio 10 and La Red.

In this sense, the spokesperson for the Presidency, Gabriela Cerruti, highlighted that 80% of the actors involved accepted the price agreement and reaffirmed that it is a dialogue that “is open so that the rest of the companies that have differences can join. “.

Finally, the Minister of Social Development, Juan Zabaleta, urged businessmen to “recognize” the assistance that the national government granted them during the first months of the coronavirus pandemic with an accompaniment to this measure.