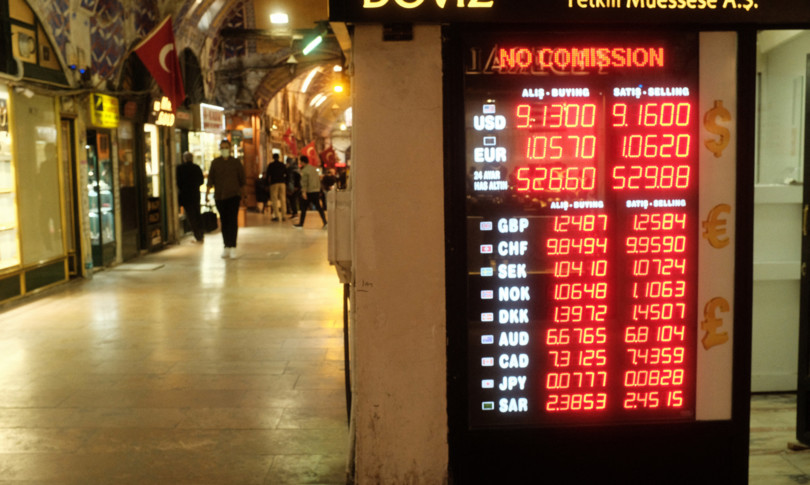 The Turkish lira set a new negative record against the dollar and the euro, which rose respectively at the record exchange rates of 9.66 and 11.25.

Meanwhile, the Central Bank announced an interest cut of 200 percentage points, from 18% to 16%, an unexpected move by financial operators, which came after inflation reached 20%. They contributed to the collapse the events of recent years, from the attempted coup to the arrival of refugees en masse from Syria, passing through the season of attacks between 2015 and 2017, up to Covid and the consequent economic crisis starting from tourism.

But most of all Erdogan’s economic policy choices played a role: the president insisted on cutting interest rates in the belief, which turned out to be wrong, that inflation could be curbed by lowering production costs and curbing price increases. On the contrary, inflation has grown in the country by more than 10% since the start of the pandemic and by 5% in the last 10 months. To pursue his strategy, Erdogan also changed director of the Central Bank three times in 48 months.

The three changes at the top of the Central Bank in a short time, and in particular the appointment of the former parliamentarian of the AKP party of the president, Sahap Kavcioglu, which took place last March, further highlighted Erdogan’s desire to control all the country’s institutions, including the monetary one.

The last round of life at the Central Bank has resulted the dismissal of three responsible managers economic policies because they opposed yet another rate cut. These moves negatively impacted Turkey’s monetary credibility and investor confidence.

The Turkish government had imposed 22 days of total lockdown between April and May in an attempt to save the tourist season, whose sector supplies the country with foreign currency and constitutes 13% of GDP. Although the season went fairly well, travel restrictions have reduced the flow of tourists from Europe and the US and the expected effects on the Turkish lira did not materialize, on the contrary, the dollar was at 8.63% at the beginning of June 2021 and, except for a short period of stability, it grew again.

Presidential elections are scheduled for 2023, e Erdogan tries to get back in the consensus: in particular, while discontent in the country is growing due to the increasingly heavy effects on families of the increases, it has announced the opening of a thousand hypermarkets with products sold at controlled prices.