Domínguez: “The President asked us to deepen the dialogue and raise the capacities” of the country 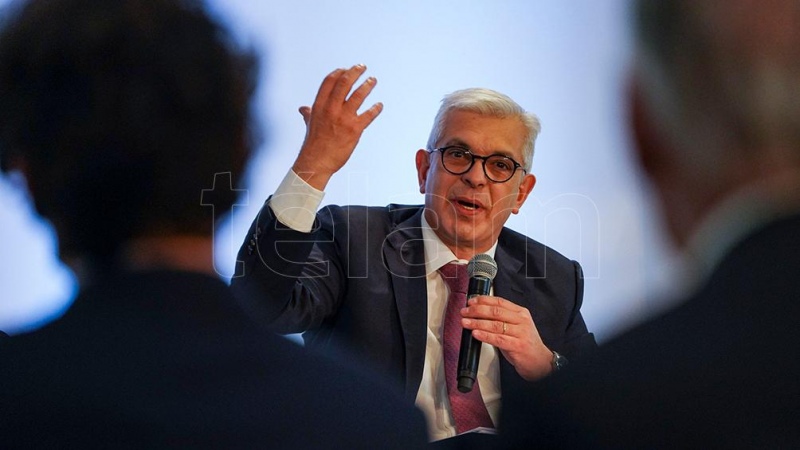 For the minister, “not only must we export more” but “we must generate a greater volume of meat” to do so.

The Minister of Agriculture, Livestock and Fisheries, Julin Domnguez, stated that “The President of the Nation asked the entire cabinet to deepen the dialogue and put national capacities on their feet”, and, in that sense, I advanced that “in the next few days we will be with great force, from the territory, with the team of the Ministry of Agriculture, for the direct encounter with the producers and with the communes and municipalities.”

Also, Domnguez assured that beef exports “are open” and set the goal of “generating greater volume” to reach “one million tons of exports,” the agricultural portfolio said in a statement.

When consulted by the joint document that works with agricultural entities before the United Nations Conference on Climate Change 2021, he remarked that “we are defending the heart of the productive system of the Nation.”

According to Domnguez in a radio interview, “the public sector and the private sector must have a common position” and he remarked on the decision of the national government to “seek a common direction among all sectors.”

In addition, he mapped out the challenge of working together to “A new technological leap in the sector: We have to give a new impulse, which has to do with caring for the environment and biotechnology to anticipate the future; and for that we will continue to be close to the producers.”

The meeting with the producers is the way to deepen the dialogue, enhance our capabilities, promote biotechnology and care for the environment.

It is to achieve that, among all of us, we defend the productive heart of our Nation 🇦🇷❤️#ArgentinaUnida pic.twitter.com/Q2UgGUOKCj

On the other hand, regarding chronic sector, affirmed that his “objective as minister is to reach one million tons of exports”, although he remarked that “for that we have to put a lot of effort into productivity and financing for the producers.”

“Exports are open and in no way is it in my mind to restrict Argentina’s export capabilities,” he continued; simply what has to exist, as it exists throughout the world, is a harmonious development between what we produce, the weight of the task and the level of productivity “.

For the minister, “not only must we export more” but “we must generate a greater volume of meat” to do so.

“It is a great challenge that we have as a nation,” he stressed; and he highlighted that from his portfolio the “meat certification process in Argentina” is being promoted.

In relation to the meeting with agricultural entities to agree on a joint position before the United Nations Conference on Climate Change 2021, the official said that “the position of the Ministry has to be a State policy” since “we are defending the heart of the nation’s productive system “.

In addition, he maintained that these policies that have been set by the Ministry of Agriculture were already raised “within the Cabinet, to the Chancellor and the Minister of the Environment” and affirmed that it is “our obligation to defend the interests of our Nation.”

Finally, he remembered: “We have invited all the rectors of the national universities and the deans of agricultural sciences and veterinary sciences for this Wednesday to begin to draw up a work plan and call all the actors for next year to define our position in front of a world where the only thing permanent is change “.