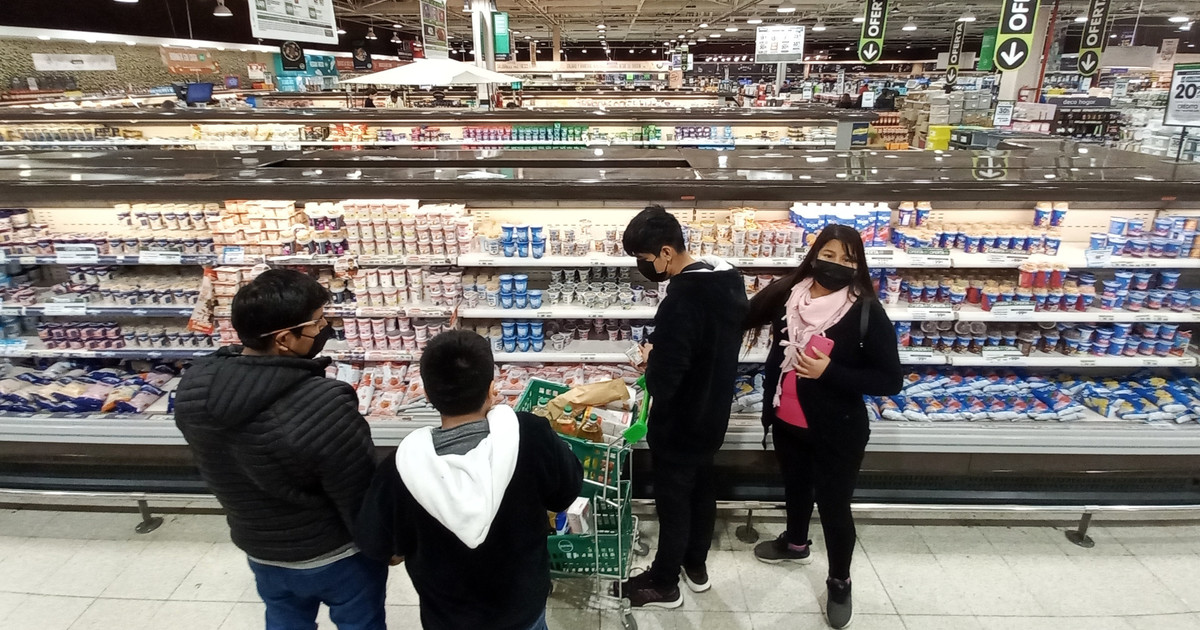 The inflation index measured by INDEC marked a rise of 7.4% in July, the highest in 20 years, driven by the Recreation and Culture item (13.3%). The measurement of the item Food and drinks grew below the total figure, 6%, although in some cases, prices skyrocketed until in almost 60% in just one month.

Despite the fact that in the comparison with the item that increased the most in July (Recreation and culture, 13.3) the category Food and beverages represents half (6%), it was the one with the highest incidence in all regions.

In the GBA measurement, the food that climbed the most -and exponentially- was the kilo of onions who climbed 57,9% in just one month. A little further behind followed the lettuce with a rise of 40,5% in July. Also in the vegetables category potato raised 36,5%.

Meanwhile, the kilo of sugar it was achieved 30.5% more expensive that in June. The anco squash increased 18.4% and also the bananas had an increase well above the average: 17.4%.

With significant increases but further down the list appear the liter and a half of sunflower oil with a rise of 16.4% and the caramel sauce, with 14.6%. In turn, the 500 grams of stew type dry noodles rose 14.3%, and the package of 250 grams of water biscuits packaged, 13%.

The 10 foods that rose the most in a month

At the other end of the table are the foods and beverages whose recorded price a low in a month governed by the high rate of inflation. At the head, the round tomato which marked a drop of 19.5% followed by the price of a kilo of lemon which fell 5.3%. They were also among those who had risen the most in the previous measurement.

The only 5 foods that fell in July

According to the survey of consumer prices of a selection of food, beverages and other basic necessities carried out in Greater Buenos Aires between June and July, there were foods that skyrocketed, while others registered drops of almost 20%. Although they were particularly few.

Annual increases in Food and Beverage

The INDEC also measured the price variation of July with respect to the same month of 2021 by food and non-alcoholic beverages. In the total measurement, from one year to another they marked a rise from 70.7%.

There were some categories that increased above the average, for example Sugar, sweets, chocolate and treats whose prices went up 88.4% in 12 months.

July inflation registered an increase of 7.4%, the highest in 20 years. This was the monthly variation of the consumer price index (CPI) that climbed to 46.2% so far this year and 71% year-on-year, according to the National Institute of Statistics and Censuses (INDEC).