Guzmán: “Ending dependence on the IMF is an act of sovereignty” 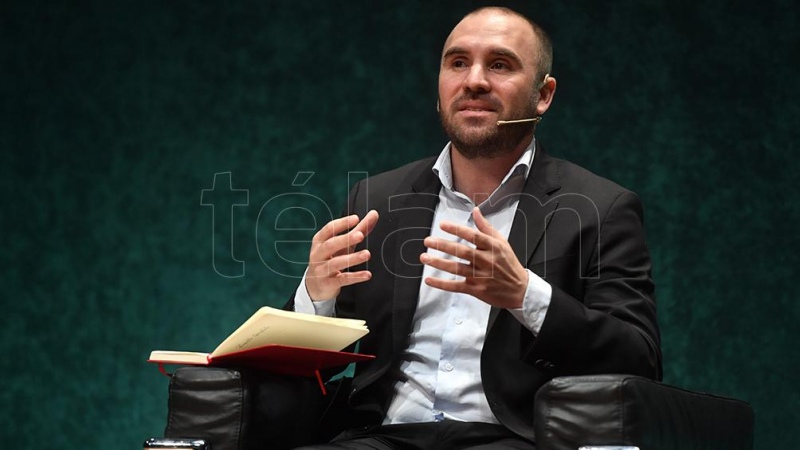 The Minister of Economy, Martn Guzmn, assured this Sunday that the credit for US $ 45,000 million that the government led by Mauricio Macri sold with the International Monetary Fund (IMF) is “the main problem” that the current national administration inherits and that “to end with dependence on the IMF is an act of sovereignty “, which is why they are working to reach a restructuring agreement in which the principle of economic sovereignty is” absolutely non-negotiable “.

In this regard, he recalled that the former director for the United States at the IMF (Mauricio Clave Carone) at that time publicly acknowledged that that program was a “political support” to his electoral campaign and that it is “now the Argentine people who are paying it.”

“We are trying to refinance that debt in installments, so that it does not impede the development of opportunities for our people,” Guzmn pointed out this afternoon about the negotiations that are being carried out with the organization, in the framework of a panel entitled ” How to get out of the trap of eternal debt “in which the former Minister of Finance of Greece, Yanis Varoufakis, and the economist and former Minister of Knowledge and Human Talent of Ecuador, Andrs Arauz participated.

“Ending dependence on the IMF is an act of sovereignty. That the IMF is in Argentina is a big problem since the construction of the economic policy from the sovereign. That is why we negotiate a solution in a way that makes this principle absolutely non-negotiable “, he pointed out.

During his presentation, Guzmn recalled the difficulties that the current government had to go through to reach a debt restructuring agreement with private creditors in 2020, given that “When you negotiate with Wall Street you are negotiating with the most powerful creditors in the world.”

“There is a very complicated field where what is abundant is lobbying and it is seen all the time in public communication. Everyone is pushing the quick agreement at any value, which seeks to scare and that contributes to the agreements not being good” , he stated.

In that sense, he said that Thanks to resisting pressure, a “healthy” agreement was reached for the country. That allowed him to save about $ 35 billion over 10 years, in addition to a capital cut of almost 2%.

Regarding what is being negotiated with the international organization, Guzmn asserted that “The problem of the balance of payments today is the IMF and it was brought by Macri” and that, to resolve this problem, “we are seeking an agreement on our economic programming.”

“We are looking for an agreement that is sustainable in the long run. Now, the debt is so great that it will take different steps to be able to solve this problem,” he said.

And he wondered: “Can you kick the board? Say the debt is over, off the IMF? It is necessary to understand that the rival also plays and we are talking about a relationship between a nation-state and the rest of the nation-states of the world, of the integration of Argentina to the world, that favors the development opportunities of our real economy ”

“A bad agreement that undermines the possibilities of the Argentine people and that creates a credibility problem for the State will be what happened to the government of Together for Change. There was so much optimism in 2016 in part of the world that later, with the collapse of the economic model, the disappointment was proportional to the damage it caused to the Argentine people, “Guzmn said.

On closing his exhibition, Guzmn recalled that “the Government leads but it is important that the different sectors of the economic power accept the premise of our government to seek an agreement that works, not just any agreement.”

“This can only be achieved with a project that puts working people as the protagonist. The only political space that offers this is ours, “he concluded.