Guzmán: “The State cannot sit idly by if they do not collaborate” 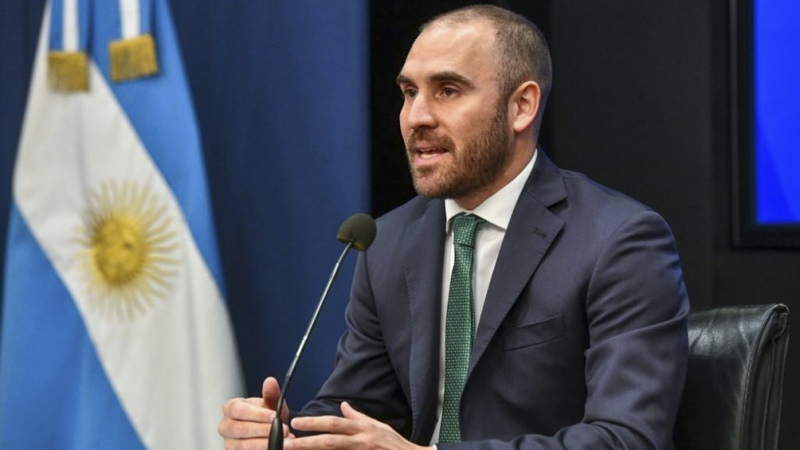 The head of the Palacio de Hacienda once again ruled out a devaluation of the peso.

The Minister of Economy, Martn Guzmn, stated tonight that “if there are a few who do not want to cooperate with the price control, the state cannot stand idly by“, while warning that” there are those who want to generate a scenario of uncertainty and we are going to comply with our electoral pact which is a pact with the people. ”

Guzmn, in dialogue with the cable channel C5N, affirmed that “the food companies are the ones that have benefited the most.”

The minister stated that “in an economy where there was a very strong macro crisis, expectations play a key role. The price agreement is framed in that logic. We all need to be able to to coordinate, many in the private sector do, and careful prices are one more anchor. ”

Then he added that “it must be understood that inflation is multi-causal, lack of currency generation, the State that does not have the possibility of having more credit and the expectations where to stabilize prices, all these are causes of inflation. Fighting inflation is a collective task where the private sector must collaborate “.

Later, the minister remarked that “the economic recovery is strong and the estimated growth for the whole year will be a little higher. Industry and construction have recovered and wages are recovering along with private employment. All this It is being achieved after what we call the double crisis, the one that left Together for Change and the one derived from the pandemic. ”

“The fight against inflation is a collective task where the private sector must collaborate.””

The minister was more politically emphatic when he pointed out that “Argentina owes itself the conditions to build a Nation. On the issue of prices, there are sectors that are playing politically. Together for Change formed an alliance with the establishment against the interests of the people. The position of some opposition leaders is anti-Argentine against the interests of the homeland. ”

Just like he did on the eve, the head of the Palacio de Hacienda once again ruled out a devaluation of the peso, explaining that “what we are seeing with the dollar is a communicational issue that encourages a devaluation. Exports have been growing very strongly and the Central Bank’s reserves are growing. The market itself anticipates one dollar at the end of the year. / 108 pesos. What we have are conditions that allow us to maintain the exchange rate. Last year they also said the same and now we say the same, there will be no devaluation jump. ”

Regarding the debt with the International Monetary Fund (IMF), Guzmn remarked that “you have to understand that the main problem is the debt with the IMF. The worst that can happen, the worst of all, is a bad agreement. A bad deal would be to renegotiate under the conditions imposed by the international financial power. What the IMF did was finance Macri’s campaign and we want to refinance the debt in more comfortable installments, but kicking the board is also a problem. We want to have an agreement within of what we consider healthy for Argentina “.

The Minister of Economy called on the opposition to join the demand for the IMF to eliminate the surcharges that it charges for the debt that he estimated at about 1,000 million dollars per year. “Ask the IMF to eliminate the surcharges to the country. The Group of 20 asked for the review of the surcharges. The Government has taken important steps with the aim of reaching an agreement that is good for Argentina. What is needed is that the different factors of power in Argentina act in favor of Argentina “.

Finally, Guzmn stated that “the purchasing power of wages is recovering“.