The Senate debates the bill that modifies the non.taxable minimum of Personal Assets 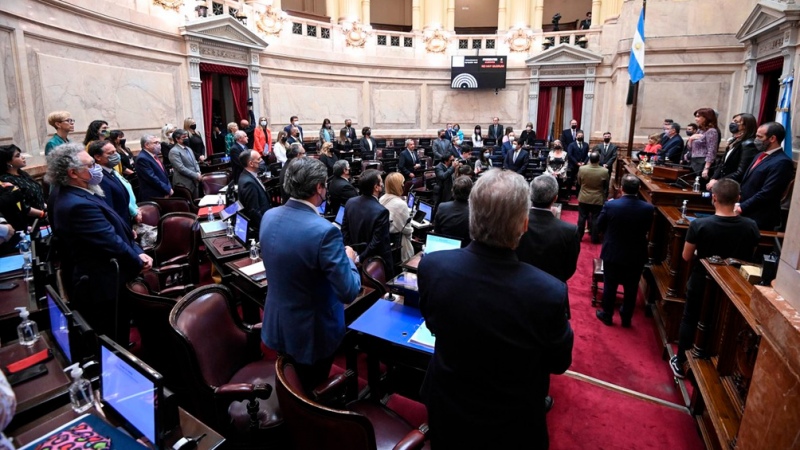 The meeting will be in person. Photo: Senate press.

The Senate of the Nation will meet this Thursday, in person, to debate a project that modifies article 24 of the Personal Property Tax Law, what to allow increase the non-taxable minimum, for what fewer taxpayers are covered in the payment of this tribute.

The parliamentary meeting was called for 3:00 p.m., with an agenda that also includes other issues such as the extension of the Indigenous Territorial Emergency Law until November 23, 2025.

The initiative, which has the support of the ruling party and the opposition, intends to exempt taxpayers whose assets, as a whole, result in a value equal to or less than eight million pesos from the scope of the tax. Today, that limit is 2 million pesos.

In the case of real estate destined to the taxpayer’s house-room, they will not be covered by the tax when their determined value is equal to or less than fifty million pesos, when at present that number is fixed at 18 million pesos.

The reform also establishes that the non-taxable minimum will be automatically updated in December of each year.

The file was presented by the Cordob Peronist Carlos Caserio and obtained a unanimous opinion during a meeting of the Budget and Finance Commission, which took place last week.

By defending the project, Caserio mentioned that the tax, as it is, “is inadequate, it will bring bad humor to the people and it is not fair.”

The senator recalled that the last amendment to the law was voted in 2018 and that if the proposed change is approved “it will be applied in 2022 because it will have to be approved in the Budget and be dealt with by Deputies.”

From Juntos por el Cambio, Chaqueo Ernesto Zimmerman advanced support for the proposal by pointing out that it is “a significant advance in a context of falling family income.”

“It is good to establish mechanisms for updating the minimums due to the inflationary situation in Argentina”, specified the legislator Chaqueo.

One thought on “The Senate debates the bill that modifies the non.taxable minimum of Personal Assets”