Feletti: Changomás is the only chain that still does not comply with the price program 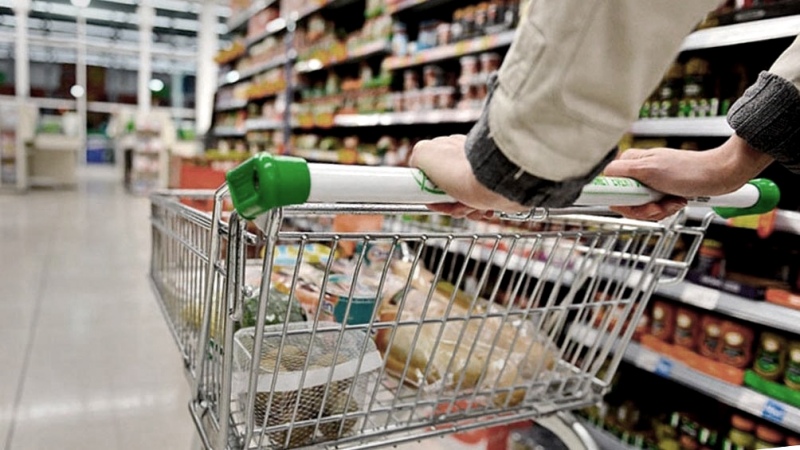 Changoms is the only one that continues to fail to comply with the price freeze.

The Secretary of Internal Trade, Roberto Feletti, indicated this Friday that the Changoms supermarket chain is the only one that continues without complying with the price freeze of 1,432 mass consumer products (in force until next January 7), while qualifying as “decisive” the support in the inspection by the provinces.

“The program is being carried out in practically all the networks except the case of Changoms, with whom we are going to meet on Monday,” Feletti explained in dialogue with El Uncover Radio.

As Feletti had indicated last Wednesday, while supermarket chains such as Carrefour, Cencosud (Jumbo, Disco and Vea), Coto and Da fulfilled in more than 90% in the offer of the products reached by Prices Cared +, Chango Ms did it only in 62% in its premises in the Province of Buenos Aires and 77.5% in the City.

Regarding the situation of warehouses and small businesses that had posed difficulties in their implementation, due to the intermediation of wholesalers on the margins of the marketing chain, Feletti anticipated that “depending on the evolution”, it is possible that “the final price of the supply chain will be differentiated from the final price of the retailer”.

“We can have an effective inspection only in the metropolitan areas of Capital, Greater Buenos Aires, Greater Rosario and Greater Cordoba; that is why the support we receive from the provinces is decisive “”

On the other hand, regarding the delegation to the mayors and governors of the country for the inspection and control of compliance (regulated today through resolution 1050/2021 of the Official Gazette), Feletti explained that this is necessary due to the absence of delegations inside the Ministry of Internal Trade.

“We can have an effective inspection only in the metropolitan areas of Capital, Greater Buenos Aires, Greater Rosario and Greater Cordoba; That is why the support we receive from the provinces is decisive ”, said the secretary who, however, anticipated that training is being evaluated for 300 relays from the Secretariat to join the team of inspectors.

Regarding the program, the official stated that “it is being implemented well” and that “in no case have there been any reports of shortages, despite the ominous forecasts of many.”

“There would be no technical reason either (for the shortage) because most of the plants are working with idle capacity and it does not reach 65%,” added Feletti.

According to the pollsters themselves surveyed by supermarkets, the price escalation detected in the first half of October was “naturalized”.”

Likewise, the holder of the Internal Trade portfolio indicated that a “survey” was carried out on the packaging chain, which in many cases makes up 8% to 20% of the value of the product.

For his part, he indicated that, according to the pollsters themselves surveyed by supermarkets, it was possible to “naturalize the escalation” in prices detected in the first half of October that affected “cans of canning, personal hygiene products, coffee and butter ”, and that implied increases of between“ 8% and 25% ”.

“We want the inflation of the supermarket basket to be below 2%. That will be an expectation and an achievement of the program ”, stressed Feletti, and pointed out that it will also be necessary to attack the inflation of international prices that affect some of the products, and disconnect them “in an effective and concrete way” from domestic prices.

Feletti ruled out an enlargement of the basket for the moment.

Likewise, Feletti ruled out for the moment an expansion of the basket and said that it seeks “to consolidate what seems to us to be a fairly wide, diversified basket with massive access.”

“It is true that there is a process of monopoly concentration of food that makes it difficult, but we want to have a consensual regulated basket that allows no pressure on the worker’s salary”he added. However, it maintained that “modifications” can be made to some products.

“The case that raised the most need for that and we are waiting for an alternative list is Unilever,” the secretary explained.

Finally, when asked about the problems in the operation of the mobile application of Care Prices, Feletti anticipated that between today and Monday it will be updated so that it reflects the expansion of the number of products and the variation of the same between provinces.