The tariff war between the US and the EU is over 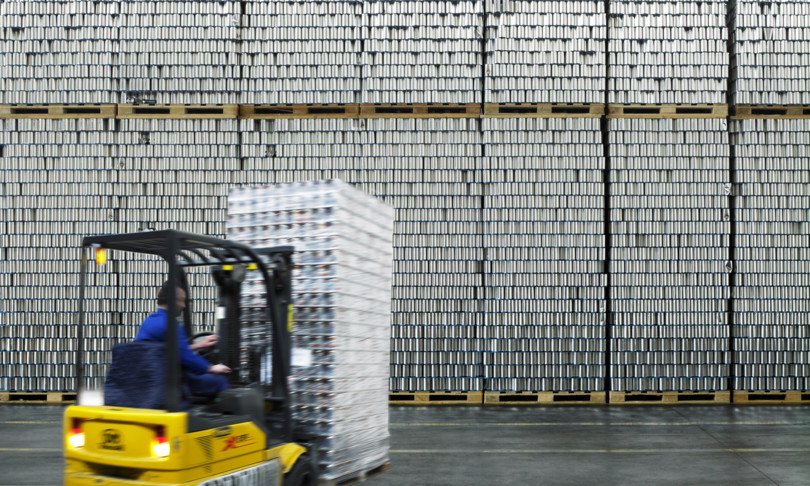 The trade war between the EU and the United States on steel and aluminum is over: or, at least, it is suspended. Fees imposed by both parties are revoked (even the European ones that were to come into force on December 1st) as well as the dispute open to the WTO is closed.

They come Instead, negotiations for a permanent agreement have begun. This was announced by the president of the United States, Joe Biden, and the president of the European Commission, Ursula von der Leyen, on the sidelines of the G20 Summit in Rome. “A new era of transatlantic cooperation is inaugurated” from which the US and the EU “will all benefit in the years to come” and “shows the power of our strong partnership and what we can achieve by working together, “the head of the White House said.

“We will continue together with demonstrate to the world that democracies are capable of providing solutions solid to problems “, he added with particular reference to China.” We have decided to suspend tariffs on steel and aluminum and to start work on a new global agreement on sustainable steel. This marks a new milestone in our renewed EU-US partnership and is a world first in our efforts to achieve the decarbonisation of world steel production and trade. A big step forward to combat climate change “, summed up von der Leyen.” The agreement is open to all partners who think alike, “he added, leaving the field open to others as well.

The agreement is signed in the name of the renewed friendship between the EU and the US, but also for the common path towards climate neutrality. “Steelmaking is one of the largest sources of carbon emissions globally. For steel consumption and trading to be sustainable, we need to address the carbon intensity of the industry. We also need to address overcapacity issues,” he explained. von der Leyen.

“We will work together with the United States to ensure the long-term viability of our industry, to encourage the production and trade of low-carbon steel,” he announced. The agreement “refutes the false idea that the defense of the climate and jobs cannot be reconciled“highlighted Biden.

“This is a huge breakthrough addressing the existential threat of climate change while protecting jobs at the same time, we can protect both,” he insisted. “It’s an agreement that guarantees lower cost products for American consumers, it makes our steel competitive and offers good jobs at home, “continued the American president.

The Prime Minister, Mario Draghi, welcomed the decision “that confirms the strengthening of the already close transatlantic relations and the gradual overcoming of protectionism in recent years “. And undoubtedly it is an important point on the list of successes of the Italian presidency of the G20. Draghi” hopes that this agreement will be a first step towards greater openness of trade between the EU and the United States , in order to favor the growth of the two economies “.

The chapter of the trade war, which had characterized the mandate of Republican Donald Trump in the White House, is therefore closed. The Trump administration in June 2018 had imposed additional duties of 25% on steel and 10% on aluminum from different regions of the world, from Turkey to China, passing through Canada, Mexico and the European Union, arguing the need to protect the national security.

In less than three weeks, Europeans had responded by taxing motorcycles, jeans but also tobacco, corn, rice and orange juice from the United States. For Harley-Davidsons, European customs taxes went from 6% to 31% for the European market, which increased the retail price of each bike by $ 2,200.

Last June, when the resolution of the dispute over subsidies to Airbus and Boeing was announced, Washington and Brussels had given until December 1 to find an agreement on steel otherwise the EU would have imposed an increase in its customs tariffs.

Following the US announcement that it will remove Section 232 tariffs on EU steel and aluminum exports down to past trade volumes, the European Union will suspend its rebalancing measures against the United States. US tariffs applied to the EU since June 2018 have affected € 6.4 billion of European steel and aluminum exports and additional tariffs applied since February 2020 have affected approximately € 40 million of EU exports of some steel derivatives and aluminum.

In response, in June 2018 the EU had introduced rebalancing measures on US exports to the EU worth € 2.8 billion. The remaining rebalancing measures, which affect exports worth up to 3.6 billion euros, were due to take effect on 1 June 2021 and had been postponed to 1 December. Now all measures are suspended.