the US-EU agreement restarts, and there is a truce on duties 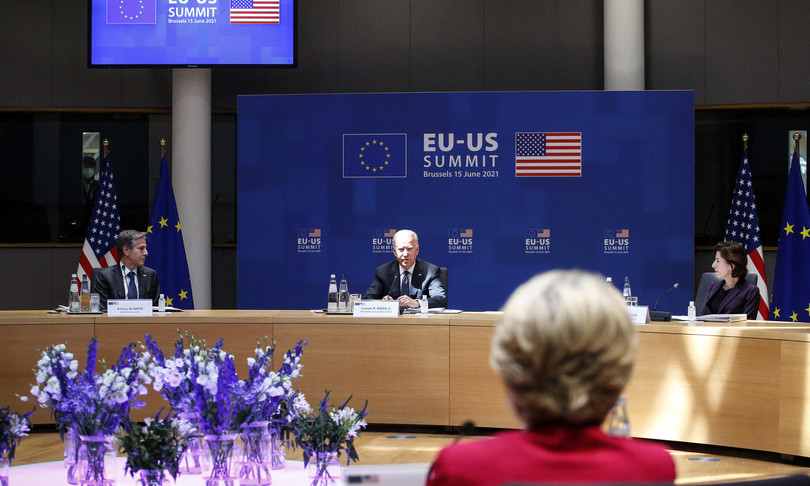 AGI – “The EU and the US have agreed to suspend punitive duties for five years that inflict each other in the context of the Airbus-Boeing controversy. “United States Trade Representative Katherine Tai confirmed this to reporters.” Instead of fighting one of our closest allies, we finally find ourselves together facing a threat common “, added Tai. The truce that was decided on the dossier in March and which was to expire in July is therefore extended.” It is an example to face other challenges, such as that of China, “said Tai.

The US-EU summit “began with a turning point on airplanes, truly opening a new chapter in our relations because we are moving from dispute to cooperation on aircraft after 17 years of disputes”, Commented the President of the European Commission, Ursula von der Leyen, before the start of the meeting with US President Joe Biden at the Palazzo Europa in Brussels, as confirmed to the AGI by sources of the European Commission.

“It’s a great interest of the United States to have a good relationship with NATO and the EU, a great opportunity “, declared Biden, upon his arrival at the EU-US summit, where he was welcomed by the President of the European Council, Charles Michel, and the President of the Commission, Ursula von der Leyen. “I have a very different vision from that of my predecessor,” said Biden, referring to Donald Trump, who had a conflicting relationship with the EU. “It is an honor to have you here, the fact that he came so early shows his personal attachment to Europe and we appreciate him,” said von der Leyen. “The last four years have not been easy. The world has changed dramatically, Europe has changed, but we reaffirm our friendship and our alliance and look forward to working together,” he added.

“The EU-US partnership is backstronger than ever, “tweeted Charles Michel.” Today we renew our partnership and invest in our future prosperity and security, “he added.

The French Minister of Economy, Bruno Le Maire, welcomed the “good agreement” reached between the European Union and the United States on the old Airbus-Boeing dispute, and asked for the file to be “definitively closed”. This is “excellent news for French and European companies”. This was also commented by the French Minister of Foreign Trade, Franck Riester, on the 5-year extension of the truce on which the EU and the United States agreed, accompanied by a suspension from customs duties suffered in particular by French winemakers.