Eyes on the moves of central banks 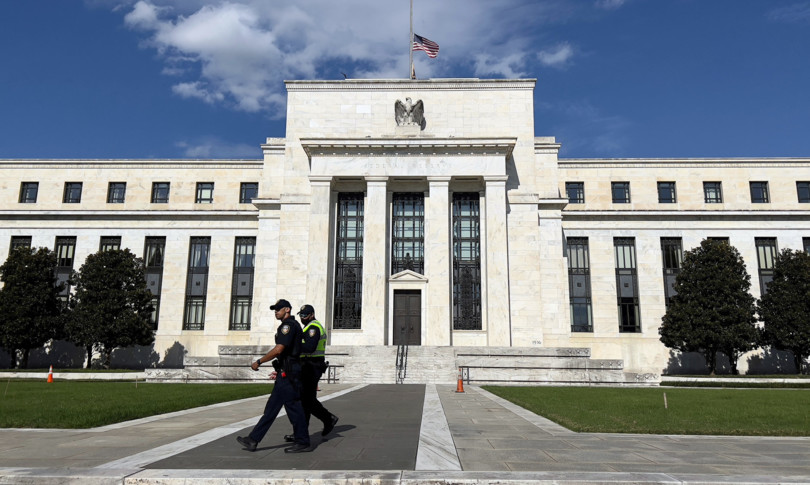 La rush of inflation in richer economies has caused a shock in bond markets in recent days, as investors have begun to expect central banks to tighten their monetary policy sooner than expected.

All attention in the next few days will be on the Federal Reserve, which it will likely begin to reduce its asset purchase program by $ 120 billion per month, with the aim of completing these purchases by next June.

Markets show that investors are betting more and more on that the Fed will raise US interest rates next summer, ahead of schedule and this hypothesis is supported by the forecasts of the US Treasury Secretary Yanet Yellen who just this morning defined it as possible.

But also the signals coming from other central banks indicate that we are moving towards a more restrictive policy globally.

It should be the Bank of England, which meets next Thursday, the first major central bank to raise interest rates: expectations have intensified in recent weeks after Governor Andrew Bailey warned on October 17 that the bank powerhouse “will have to act” if rising prices for goods and energy push up British expectations of future inflation.

Prices in the UK jumped 3.1% in Septemberand, but it is expected to rise to around 5% in the coming months, more than double the central bank’s 2% target.

The Bank of Canada surprised the markets last week when it put an end to its government bond buying program and shifted the time frame for when it could raise its benchmark interest rate from its current near-zero level.

Meanwhile, the Reserve Bank of Australia, which is meeting tomorrow, stunned investors when it refused last week to defend the 0.1% interest rate target it set on bond yields maturing in April. 2024. The RBA’s move has fueled expectations that it will eliminate the program, known as “yield curve control”, at this week’s meeting.

Finally, the president of the European Central Bank Christine Lagarde last week has rejected market expectations that the ECB will raise interest rates next year, but investors deemed his message too weak and added to their bets the fact that the Eurotower will raise rates soon.

Fed President Jerome Powell will hold a press conference next Wednesday after the board who, barring surprises, should announce the tapering or the withdrawal of asset purchases. Investors will scrutinize his words for clues as to how he is reacting to recent changes in market expectations about inflation and short-term interest rates.

Powell will probably look for a middle ground which assures investors that he is closely monitoring inflation risks, without appearing so concerned as to raise expectations of a rapid turn towards monetary tightening, as has been the case in the UK and Canada.

“I have to assume Powell and the team are working on an intense messaging balance to maintain credibility, to maintain flexibility, but then give honest answers.”

In the United States, so-called core prices, which exclude volatile food and energy categories, rose 3.6% in September from a year earlier, using the Fed’s preferred indicator. Since May, these price changes on 12 months remained close to the highs of 30 years.

According to Powell, inflation is likely to come down on its own as the supply chain knots are resolved. But their recent observations are a little less convincing than earlier this year: the latest data, such as those from the U.S. Department of Labor which reported as the labor cost index, a measure of employee compensation. workers that includes both wages and benefits, increased by 1.3% in the third quarter compared to the second, at the fastest pace since at least 2001.

Investors are on guard to see if after next Wednesday’s meeting, the Fed will change the way it deals with inflationary pressures it has so far deemed “transitional factors”.

Meanwhile, US bond markets have raised expectations of Fed interest rate hikes next year. There probability of at least two quarter-point increases by the end of 2022 has risen to nearly 80% in recent days.

While yields on short-dated bonds have risen, long-term yields have declined. This is the opposite of what occurred in 2013 during the so-called taper tantrum, where investors sold longer-dated U.S. bonds, sending yields higher, at the first indication that the Fed was preparing to reduce its asset purchases.

Some analysts worry that recent bond market movements suggest increasing risks of a political error by the Fed and other central banks, either by removing stimulus too slowly or by switching to tighter policy too quickly.

The US inflation rate recently reached a 13-year high, sparking a debate over whether the country is entering an inflationary period similar to the 1970s. But other analysts believe that the climate of uncertainty will intensify in the near future.