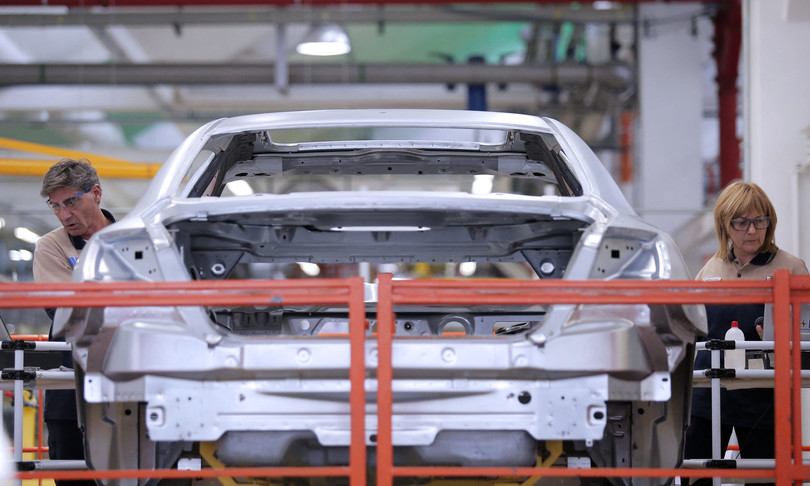 The drop in October brings the negative balance between the first 10 months of this year and the same period of 2019, before Covid, to almost 360,000 vehicles. Unrae notes this, underlining that “la persistent shortage of electronic components, which continues to severely slow down the flow of deliveries, does not suggest possible improvements in the short term, so much so as to make a 2021 closure realistic with a total volume not exceeding 1,500,000 units, equal to 417,000 cars less than in 2019, a decrease of 21.7% “.

According to the National Union of Electric Vehicle Representatives, “the effectiveness of incentives for the development of low-powered engines, very low and zero emissions is demonstrated by the results of the market which, although compressed by the microchip crisis, indicate in October a 12% share for ‘on tap’ cars (Bev at 7% and Phev at 5%), albeit in a slight decrease compared to 13.2% in September, and 35.2% for Hev hybrids, a significant increase on 31.3% in September. Effects that will tend to vanish once the contracts acquired with incentives are fulfilled, due to the exhaustion of funds “.

However, UNRAE continues, “the extemporaneous measures adopted on several occasions by the Government, according to a typically emergency logic and with always largely insufficient funds, fail to effectively affect the recovery of the market, as evidenced by the recent allocation of 65 million euro in favor of cars in the 0-60 g / km CO2 emissions range exhausted within a day, from 10:00 on 27 October to 14:00 the following day “.

“We will not tire of repeating that the incentives for the Ecobonus must be refinanced following a long-term strategy “, says Michele Crisci, president of Unrae.” What must guide the choices is a logic based on the transition, on the path of decarbonization and on the renewal of the fleet in circulation. We have to learn from facts and experience, there is no need for ‘stop & go’ interventions ”, he adds.

According to Unrae estimates, in the absence of interventions, 2022 will close slightly above 2021, with approximately 1,600,000 registrations. “In this situation – Crisci argues – the absence of any measure for the automotive sector in the draft budget law is very disconcerting, despite some ministers and deputy ministers having ensured an imminent three-year support plan”.

And again: “We continue to count on the financial maneuver as a suitable tool for a medium-term strategic intervention according to the three guidelines indicated by Unrae: Ecobonus refinancing; tax review, in particular for the company car category; a plan for the widespread and homogeneous development of recharging infrastructures throughout the territory, with high-power stations on the motorways “.

The “very heavy contraction” recorded by the Italian car market in October “is mainly due to the crisis in the supply of microchips which led to production stops and severe slowdowns in deliveries of cars to dealers and consequently to end customers. This situation is not destined to be resolved by short and if in the next two months a decline similar to that of October were determined, as is highly probable, the Italian car market would close 2021 with 1,432,000 registrations and therefore with a decline on the levels prior to the pandemic, i.e. on 2019 , by 25.3%, which would confirm the trend of the three-cylinder car market “. This is what the Promotor Study Center notes in a note.

According to Gian Primo Quagliano, president of the Promotor Study Center, “it is quite evident that the scarce availability of cars, both new and used, makes the problem of refinancing the necessary incentives less urgenti to offset the negative effects on the auto market of the pandemic.

The sector expected that the proposed Finance Law for 2022 would include an organic intervention to overcome the stop and go phase of the incentives and to launch a plan to promote the ecological transition in the automotive world. This was not the case, but the problem remains on the table also to avoid that the proclamations about the environment remain proclamations and do not have immediate and significant feedback in the daily reality of the people “.