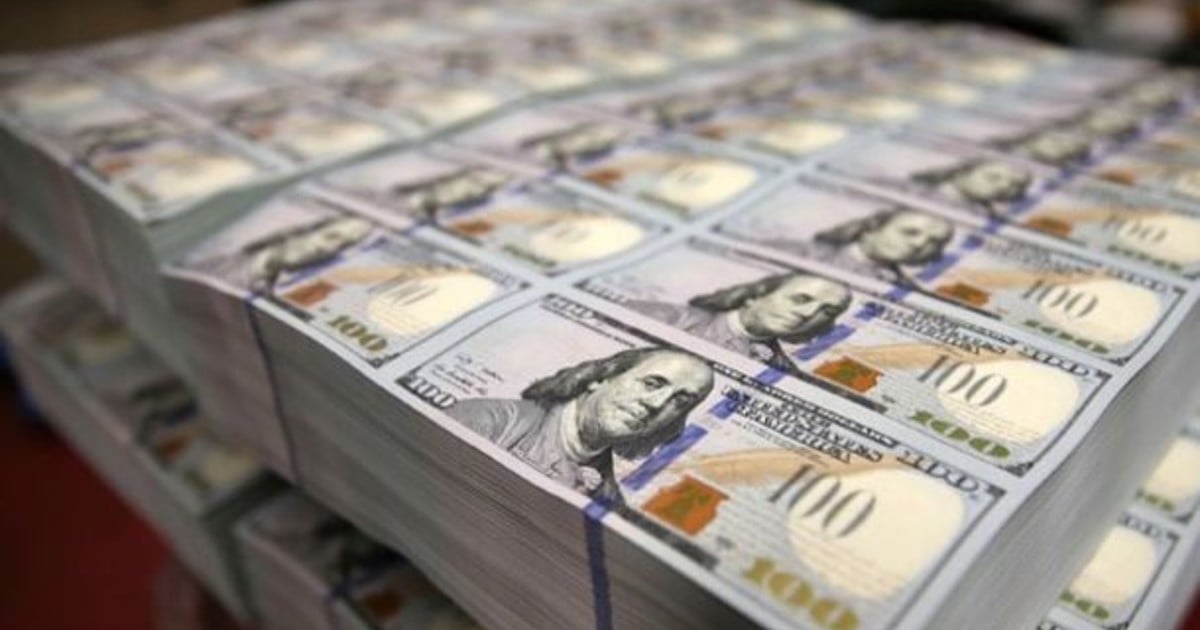 Just six wheels from the elections, this Thursday the blue dollar touched the 200 pesos for the first time. At the opening of the market the informal advanced a peso and it remained at $ 200 until a few minutes before closing, when it fell to $ 199. Thus, the gap with respect to the wholesale exchange rate -today at $ 99.95- already touches 100%.

The $ 200 quote for blue is the highest face value of the year and shows an increase of 34 pesos from January 2. At the end of October 2020, the informal had touched $ 195, to then deflate in the following weeks thanks to the resurgence of the exchange rate until the end of the year at $ 166.

Due to the advance of inflation in these 12 months, those $ 195 of October of last year represent a higher value than the $ 200 of today. To match that price, blue should climb to $ 270.

In the last two weeks, the blue has risen 12 pesos. The proximity of the November 14 elections puts pressure on the foreign exchange market and this is especially felt in the “free” quotes.

​So far this year, inflation accumulates around 41%. The October data will be released next week, but it is expected to be around 3.5%, as happened in September.

Against these numbers, the dollar looks “behind.” With the reinforced stocks, the official dollar moves just 1% per month. With this strategy, the Government sought – unsuccessfully – for the exchange rate to become an anchor to curb inflation. But with the movements of prices in recent months, the dollar was out of date and accumulating tensions.

“A week before the elections, as usually happens, people want to be covered against what may happen with the exchange rate after knowing the result, “said Nicolás Chiesa, director of Portfolio Personal Inversiones (PPI).

In this context, the Central Bank had to dispose of other US$ 80 millones to contain pressures on the official exchange rate. This week the sales of the monetary authority already reach US$ 230 millones.

Although the Central’s sales, together with its intervention to control the price of cash with liquid and the MEP dollar, are effective in avoiding jumps in the official exchange rate, the tension continues in the alternative markets.

“How far the blue dollar will go depends on what will happen to the peso. For next year we can expect inflation of 70%, and even a triple digit, with which the exchange rate can be doubled“said Agustín Etchebarne, director of Libertad y Progreso.

“It is impossible to predict how far the exchange rate will go without knowing what the Government is going to do. What I can say is that we are going to a possible Rodrigazo and that inflation in 2022 will be between 70 and 100% per year”, Etchebarne said.

For Gabriel Caamano, director of the Ledesma Consultancy, “the blue dollar is catching up, but running behind, to the free financial dollars, which are now around $ 214. It will not necessarily reach them.”

“Basically the prices of all these types of parallel changes are rising as a result of the combination of the liquidity injected in just under 6 months and the lack of anchoring expectations or definition of the post-electoral horizon, which makes agents seek coverage and are willing to pay these prices for it, “said Caamano.

Uncertainty on the rise

Much of the uncertainty in the market is related to discerning the margin of action that the Government has to stop the rise of the blue.

“Although Minister Martín Guzmán has repeatedly assured that it will not accelerate the famous crawling peg (the progressive and controlled devaluation) that it has been doing, everything would indicate that it will be difficult to continue two more years with this large gap. And that uncertainty generated a lot of pressure on the different types of dollar these days, “Chiesa said.

“In the short term, the government cannot do much to stop it because it has limited intervention capacity,” said Caamaño. And he added that the Government “the interest rate should rise and show very strong signs of moderation in spending and issuance, which was ruled out before the elections. There are even many doubts that it is even possible afterwards, hence the search for coverage. ”

“To calm this whole issue, credibility is needed, something that the government does not have. It would require a cabinet change and a political settlement. If there were a credible government, a program of structural reforms would have to be launched and pursued a path of fiscal balance in the medium term, “Etchebarne said.

The gap between the dollar and the peso is already close to 100%.

On the government side, the strategy is to downplay the issue. Gabriela Cerruti, government spokeswoman, said at a press conference that the blue dollar “does not influence the economy“.

“The blue dollar is handled by its own rules,” Cerutti responded to a question about whether they are concerned about the escalation. And he remarked that the informal “reflects more political than economic expectations. In the economy the numbers are all very encouragingSo we hope that this does not influence the macroeconomic situation as it is no longer influencing. ”

Added to the rise of the blue is that of financial dollars. In the segment controlled by the Central, the cash with liquid or CCL closed at $ 180,6 and the MEP in $ 180,5, both with an increase of 0.3%. But in SENEBI, outside the intervention of the Central Bank and without restrictions on weekly amounts, the “free” CCL closed at $ 216.

The lack of progress in the agreement with the Monetary Fund also increases economic uncertainty and pushes up the country risk – the JP Morgan indicator that measures the surcharge that Argentina pays to borrow. Although the indicator fell 0.5%, to 1732 basis points, is still at the highest level since last year’s debt swap.