In the US, employment figures have been at the top for 3 months, Biden: “It’s the right way” 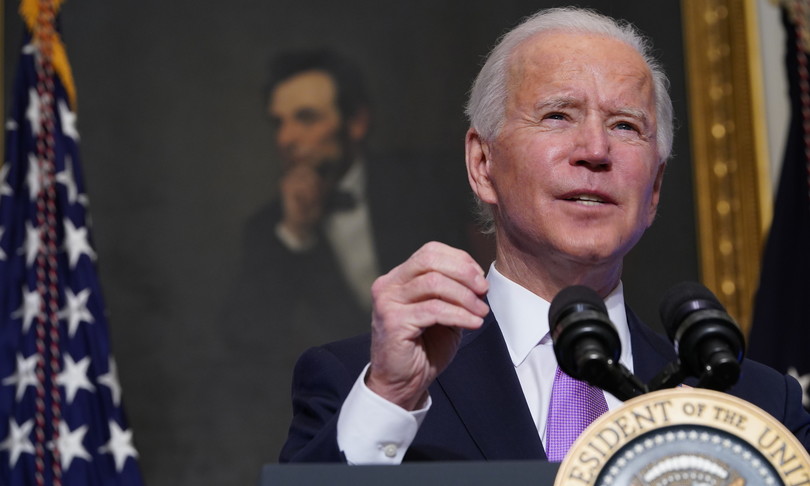 – The US labor market is back on track in October, with the creation of 531,000 jobs, the largest growth in 3 months (double compared to September), higher than the forecasts of economists who had estimated an increase in employment to 450,000 unit.

Economic activity is therefore recovering after the wave of the Delta variant of Covid, even if employers are still struggling to find staff. Immediate comment from US President Joe Biden, who rejoices on Twitter: “Over 5.6 million jobs created. Unemployment below 5%. This is a significant improvement since I took office and a sign that we are on the right path “. “Employment growth has been widespread,” the Department of Labor says in the report.

Job creation, after exceeding one million in June and then in July, it had slowed down due to the Delta variant of Covid. In August, 483,000 jobs had been created, then 312,000 in September, according to the revised data on a strong increase and also released today.

Unemployment falls to 4.6% from 4.8% in September and slightly below market expectations of 4.7%. This is the lowest level since March 2020. However, the unemployment rate still remains above the pre-crisis level of around 3.5% due to persistent labor shortages. Also on Wall Street, after the employment data, the indices are heading towards new records, with the Dow Jones advancing by 0.45%, the S&P 500 by 0.49% and the Nasdaq growing by 0.43%.

The faster pace of hiring shows that more Americans returned to work as Covid cases fell and employers offered higher wages. Part of the growth in employment is likely due to the fact that on September 6, about 7.5 million Americans lost the additional subsidies the federal government had financed to support them in the face of the pandemic.

In detail, the Department of Labor report states, “employment growth was especially marked in the hospitality, professional services and services and transport sectors. Employment in public education decreased over the course of the month (-65,000 places) So far this year, monthly employment growth has averaged 582,000.

Nonfarm employment increased by 18.2 million from a recent low in April 2020, but fell by 4.2 million, or 2.8%, from the pre-pandemic level in February 2020. published as elected representatives of the House of Representatives meet to vote on Biden’s two investment plans to ensure long-term growth and jobs. Their total amount is just under $ 3 trillion, in infrastructure and for social and environmental reforms.

A total of 18.2 million jobs burned during the pandemic have been recreated, but 4.2 million are still missing to return to pre-Covid levels, when the American job market was in great shape.

Paradoxically, however, there are not enough workers to fill the millions of vacancies in restaurants, warehouses, delivery services, factories and daycare centers.. Among people who fear for their health, those who have problems managing children and especially those who retired early, the ranks have dwindled. This shortage of workers is driving up wages, as there is competition among employers to attract labor. The average hourly wage of private sector employees has thus increased by 4.9% over the past 12 months. In October it was $ 30.96.