“Argentina is a country that moves, that bounces, but is always in the same place” 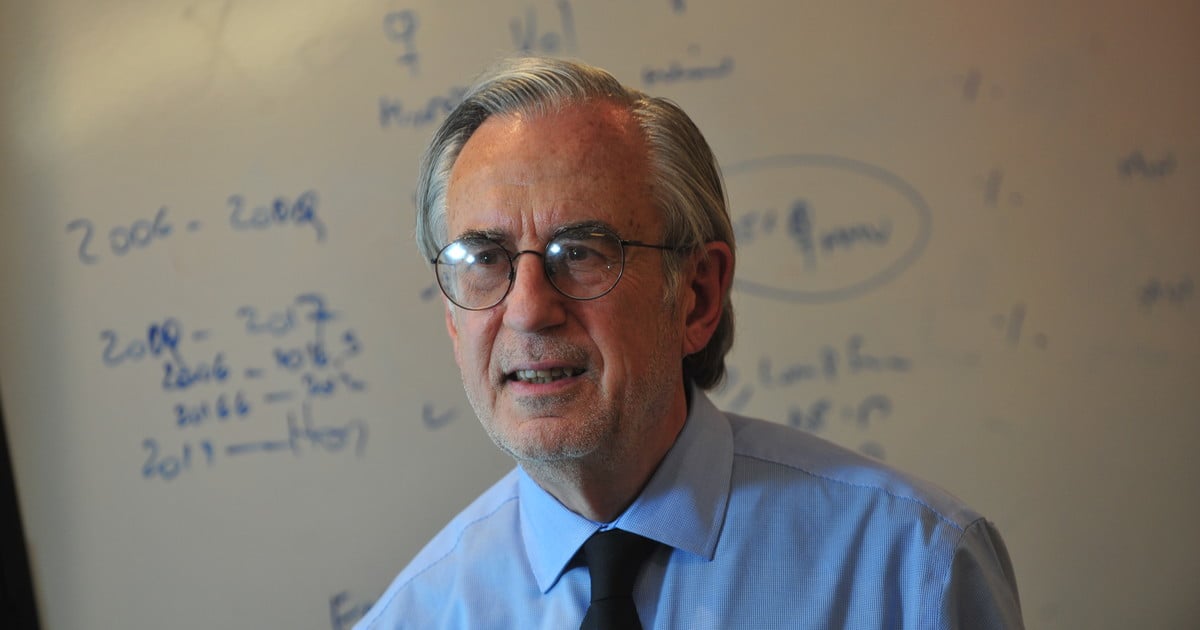 In a microcenter that is gradually being populated, Fiel’s offices are returning to normality. Juan Luis Bour, its chief economist, count with pride that he is just a graduate of the UBA. And it emphasizes the productivity crisis in Argentina, which implies more crisis and more backwardness. It defines that we are a country with an economy that locks and that closes itself to the opportunities of the world. And he maintains that the agreement with the IMF is essential. Here the dialogue with the Economic.

What does a productivity crisis imply?

– We have a crisis that is characterized by more than 10 years of deterioration in the conditions of activity and therefore in productivity, which is something that is difficult to see. It manifests itself in that people earn less and less. The decline in productivity, which is the basis for growth, is due to many factors. This is an increasingly closed economy, it does not have permanent investment and trade ties. And the most permanent ties that we can have are of primary exports, basically.

-Yes, but we failed in more sophisticated exports. Because every time the government sees that there is someone who wins, it applies special taxes, it becomes a partner. So, first, it is an economy of lower productivity, because it is one of the most closed economy to the world, when the world is the one that leads and grows. It is an economy that hinders the functioning of basic services that has deteriorated a lot, from 2000 onwards. And that leads to a deterioration in investment in public services. Today we are trying to function with communications. Not to mention routes in general. Vaca Muerta is a promise, because it is something like what it was not. Or almost, with some exceptions, such as Fortín de Piedra and other cases. It is an economy where work is less and less productive. The portion of productive employment, which is basically private salaried employment, is increasingly smaller in total employment. And what grows is the employment of independent workers, some informal salaried workers and public employment.

-What do you attribute it to?

-To that it is impossible to contract labor in Argentina. Private formal employment is low and even informal employment does not recover, because these informal wage earners work in companies that have a minimum degree of sophistication. There is an extremely small financial system; not because it is small today, but because it is shrinking. There is a situation of deterioration of productivity that leads to a low level of income and all the conflicts that we have. This is an economy, therefore, in crisis and which is of course characterized by stagnation, high inflation and periodic crises. It is a recurring crisis situation.

– Do you see any island of productivity, exceptions to that picture?

-There are always sectors that can adapt a little more to the conditions. But, let’s say, when incentives deteriorate, the relative prices that drive investment are affected. It is a truism to say that agriculture is a fairly competitive sector. And thanks to the fact that it has a competitive sector such as agriculture, obviously, it can afford certain luxuries. But the world requires permanent adaptation. And adaptation requires reallocating resources, permanently. It requires people to move from one place to another, for a company to move its plant from here to another place, for inputs to be brought in from abroad, and so on. Adaptation requires a lot of flexibility. Well, Argentina puts obstacles to flexibility. And flexibility constraints cause passing trains to be lost. It does not mean that there will be no opportunity to get on the train, because there is always that possibility. But this is a country that recurrently goes into default, it causes problems for companies to export. And we are discussing paying a loan to the Monetary Fund, when normally any country renews credits for much more than 10% of GDP every year. That is, it has no problem.

-How important is an agreement with the Fund?

– Reaching an agreement with the Fund is part of starting to have an economic program and, on the other, certain perspectives of macroeconomic stability. Argentina cannot aspire to stability and growth, if it permanently has a situation of near default with the Fund. The question that exists in this negotiation is not whether it is convenient for you to reach an agreement. And that agreement is not very difficult. In other words, the IMF calls for a reasonable and credible fiscal program, with some support from the governing coalition, that can be implemented. Surely they are not going to ask for a dramatic deficit reduction, but rather a very gradual evolution in that regard.

-What can you ask about the exchange rate?

-Basically, a normal country cannot have 12 exchange rates. Anyone would ask for a convergence towards unification. That is, some very basic questions, which is something like saying look, you have to admit that the law of gravity is operating on the earth and therefore try to stick to those rules. That would allow you to have a deal with few capital repayment commitments, for some time. It would give space to normalize activity, start to grow, have less deficit and thus return to the capital markets and get rid of the great doubt that exists in the markets that, well, sooner or later, we are going to default with whom we just negotiated a year ago. Which is the reason why there is no credit for Argentina. Therefore, the agreement with the Fund is essential to know that Argentina wants to reach a situation of macroeconomic stability.

– What if an agreement is not reached?

– If there is no agreement, it is not a problem of the Fund, it is a problem of Argentina, clearly. It is already written for the Fund, we already knew it, it is not a problem that Argentina does not agree. There is a view that if Argentina does not agree with the Fund, it is a problem for the Fund. No, it is not a problem for the Fund. The Fund does the write off, a cancellation of those funds and it does not have any problem, we Argentines have the problem and we are the ones who have to act. As long as we do not achieve very important changes in our institutions that allow us to generate a new productivity shock, it will be difficult for us to achieve a stable growth recovery. What we are going to have are rebounds. A country that bounces is a country that moves a lot, but it is always in the same place. It grows strong for a few years, it falls hard, it is believed in a journey but we always remain at the same level of per capita product.

-Is the problem the institutions?

-If we compare ourselves with the rest of the region, there are no basic institutions. For example Uruguay. They don’t have to think about redefining their financial system, because they have a financial system that works. Good or bad, but it works and it has not had the collapses that Argentina has. Brazil, with all its problems and the rulers it has, has made reforms that allow it to have a certain macroeconomic stability, an independent central bank, a fairly reformed labor system and an economy that tends to open up more and more and integrate into the world. Chile, beyond all problems and cycles, is an economy that does not have to be thought about. Then, the point to observe is that this macroeconomic disorder, a product of the lack of institutional framework, leads to a situation of deterioration and a fall in the performance of the economic product. Well that’s what the productivity drop is. If we do not have important reforms, thinking about improving our productivity, our efficiency, we will never be able to recover income and improve the social question.

-What does it include in these reforms?

-In Argentina, almost everything. We are in first generation reforms, of something very basic. The fiscal, the monetary. You have to have a more open economy, to be more integrated into the world. Argentina is an extraordinarily closed country, it was with Mercosur and now it is trying to close Mercosur, to put obstacles in the way. That is why there must be reforms to trade, regulation of public services, to facilitate the fact that there is investment in public services and obviously, the labor market, without any doubt. And, of course, a tax reform. The slogan that you have to lower taxes is not enough. Taxes cannot be lowered if there is excess and poor quality spending.

-As for the labor market, it seems quite flexible …

-No. On the contrary, what can one expect from a labor market where a worker cannot be laid off? It sounds bad? No. It sounds crazy, in the sense that you can only be hired, not fired. The restrictions there are very strong and make the formal market smaller and smaller. The value of a company is its human capital. But to have good human capital, there must be the possibility of selecting human capital.

-What policy do you recommend for these inflation rates?

-The basics an economic program. If there is no economic program, there is no shock that will work. In other words, if the economy is dollarized from one day to the next, as someone thinks, and the fiscal problems are not resolved, we are going to blow up. In such a way that it is required to have the program, to have the commitment eventually between parties. In the sense not exactly of what to do, because there has to be a margin. But there have to be certain rules of fiscal stability. We must forget that this is solved by anchoring the exchange rate or anchoring prices and sitting still.