In the US, the green light is given to the $ 1,200 billion infrastructure plan 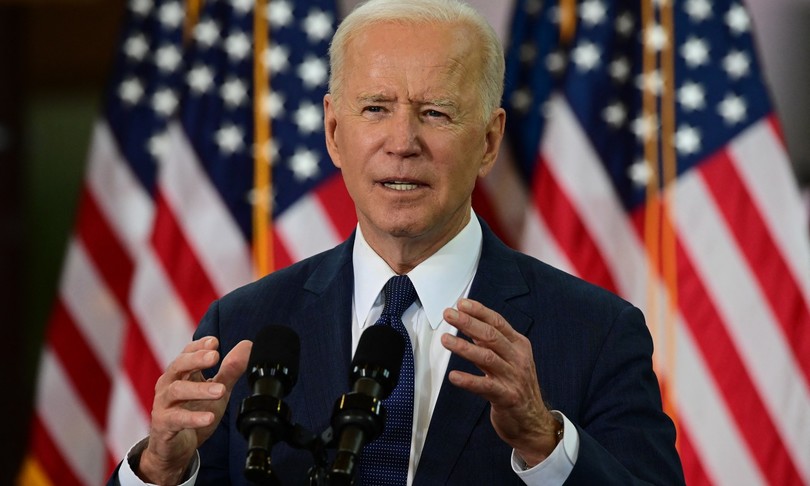 The US House of Representatives approved with 228 votes in favor and 206 against the infrastructure plan of over $ 1 trillion wanted by President Joe Biden. The package, which has already received the Senate’s ok in August, is now being signed by the tenant of the White House for the final launch. The green light came after a hard day of negotiations within the Democratic Party.

The agreement reached between the moderate and the progressive wing provides that the other big package developed by the White House, the $ 1.850 billion Build Back Better, which contains measures on health care, education, climate, immigration and taxes, be voted on by the week of November 15 if the House Budget Office confirms the spending estimates made by the White House.

To put the two souls of the party in agreement Biden himself had to take the field, who has given up on returning to Delaware for the weekend and has pushed congressmen so that the differences do not sink the $ 1.2 trillion project that aims to modernize the US infrastructure network. Initially, the progressive wing had refused to vote on the measure if the social plan had not been presented at the same time to the attention of the hemicycle, on which the moderates instead expressed doubts in terms of expenditure.

What appeared to be on the verge of being a shipwreck for the White House has turned into a victory that puts an end to a stalemate that lasted months and unlocks the administration’s economic agenda. Democratic leaders had initially hoped to be able to get a favorable vote on both packages on the agenda, but then decided to postpone the vote on the social level when some centrist representatives asked to verify the actual cost through an independent panel.

Moreover, the split could not have come at a more delicate moment for the White House, later the difficult elections a few days ago, which saw the Republicans win in Virginia and sparked the fear that the GOP could regain the majority of the House and Senate in the mid-term elections of 2022. Biden did not think twice, he picked up the phone and from the White House he sent messages in favor of unity .

The infrastructure plan received the 13 Republican representatives also voted in favor, after the 19 GOP members who had already supported him in the Senate. It includes expenses to intervene on roads, railways, ports, airports, bridges and to expand the broadband internet network and that of charging stations for electric cars. But if the infrastructure package now only needs Biden’s signature to become operational, a more difficult life risks having the social plan.

Even if it were to pass to the House in the times promised by the centrists, the measure will certainly not have an easy life in the Senate, where the Republicans have already announced a fierce and compact opposition and the Democrat Joe Manchin has made it known that he does not intend to vote for it. And with the classroom perfectly divided in half for the White House, the problem will not be trivial.

Biden: “A monumental step forward as a nation”

“We took a monumental step forward as a nation tonight,” Biden commented. The bipartisan measure, “unique in a generation”, adds, “it will create millions of jobs, it will turn the climate crisis into an opportunity, and set us on the path to winning 21st century economic competition. ”

The $ 1.2 trillion package, Biden continues, “will create high-paying jobs that cannot be outsourced. Jobs that will transform our transportation system with the most significant investments for generations in passenger and freight trains, roads, bridges. , ports, airports and public transport. This will make it easier and faster for companies to bring goods to market and reduce supply chain bottlenecks now and for decades to come. it will ease inflationary pressures and lower costs for working families. The bill will create jobs by replacing lead water pipes so that every family can drink clean water. It will make high-speed internet accessible and available everywhere in America. This law will allow us to take historic and significant steps to address the climate crisis. We will build the first national network of electric vehicle charging stations across the country. We will take America out of the margins of manufacturing solar panels, wind farms, batteries and electric vehicles to grow these supply chains. This law will allow us to reward companies that pay good wages and purchase their materials here in the United States, and we will be able to export these products and technologies to the world. We will also make historic investments in environmental remediation and remediation, and increase our resilience in the face of the upcoming super storms, droughts, fires and hurricanes that cause billions of dollars in damage every year. ”

Biden says he is “also proud that a rule that he will allow has been voted on the passage of the Build Back Better Act in the House of Representatives the week of November 15. The Build Back Better Act, “he points out,” will be a one-in-a-generation investment in our people. It will lower costs for health care, childcare, elderly care, medications, and kindergarten. And middle-class families will get a tax cut. This law, “says the president,” is also fiscally responsible, fully covered, and does not increase the deficit. It does this by making sure that the wealthiest Americans and the largest companies start paying their fair share and doesn’t raise taxes by a single penny on anyone earning less than $ 400,000 a year. I can’t wait to sign both of these bills into law. Between generations, “Biden concludes,” people will look back and know that this is the time when America has won the economic competition for the 21st century.