Mattarella inaugurates the garden named after Mattei in Algiers. “Defender of Freedom” 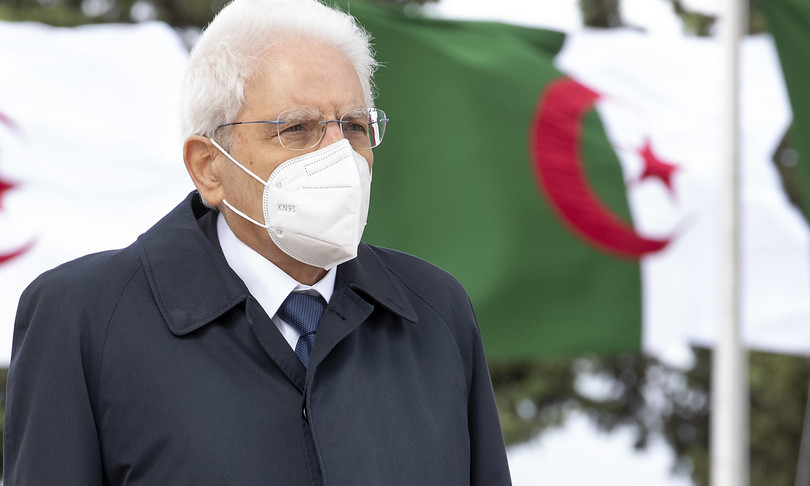 The President of the Republic, Sergio Mattarella, accompanied by Eni’s CEO, Claudio Descalzi, inaugurated the plaque with which the municipality named a public garden after Enrico Mattei in Algiers. “Italian personality, friend of the Algerian revolution, tenacious and convinced defender of freedom and democratic values, committed to the independence of the Algerian people and the fulfillment of its sovereignty”, reads in Italian and Arabic on the plaque at the entrance of the elegant park in the residential district of Hydra, not far from the Italian Embassy.

“We attribute great importance and symbolic value to the title of a garden in Algiers to Enrico Mattei. Enrico Mattei was one of the most important Italian personalities of the post-war period and one of the builders of the Italian Republic “, President Mattarella said yesterday when interviewed by local newspapers.

“Tenacious and feast defender of democratic values, he knew how to contribute to the civil and social growth of our national community, first through his active participation in the Italian Resistance and then as a politician and protagonist of economic recovery. In a country severely weakened by war, he dedicates ‘his ingenuity and his extraordinary organizational skills to provide Italy with the energy resources necessary for its development “.

Also “on the international level – underlined the head of state – his vision of the world and his desire to overcome imbalances were precious for the rebirth of Italy and for the construction of equitable relations with the newly independent countries. lesson and his experience are more relevant than ever “.

“Enrico Mattei, to whom President Abdelmadjid Tebboune he posthumously conferred the medal of the Friends of the Algerian Revolutiona – concluded the President of the Republic – was a true friend of Algeria and we hope that, also thanks to this garden, the new generations will be able to know and appreciate his career better “.

“Mattei’s lesson”, said Descalzi, “is still relevant because it leads us to collaborate and integrate, to build a relationship, to work for others, to share the benefits in a correct and right way, precisely in line with what we are now living with the Just transition: changing but giving a positive impact of the change “.

In Algeria, Enrico Mattei is widely recognized an important role of support, friendship and closeness during the years of the war of national liberation (1954-1962).

In fact, Mattei has historically supported both the National Liberation Front and the Provisional Government of the Algerian Republic (GPRA), to which made a significant contribution to the negotiations of the Evian Accords.

His name also evokes the large number of Algerian students, future cadres and managers of the oil and energy industry, trained on his initiative in the ENI schools in San Donato Milanese. The naming of a public place in Algiers to Mattei – an absolute first in the country – sanctions the establishment of a prestigious place named after an Italian in the heart of the capital.