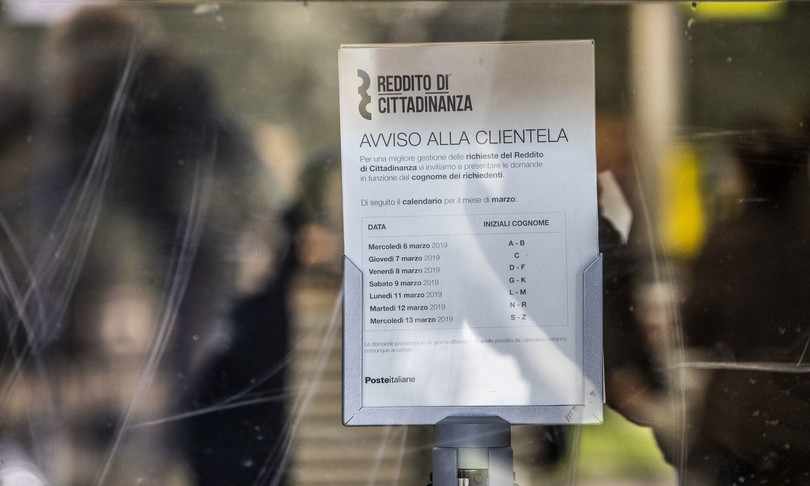 Citizenship income is an indispensable tool, but with some critical issues. The Report of the Scientific Committee for the evaluation of the Citizenship Income, commissioned by the Minister of Labor Andrea Orlando, starts from this assumption. Ten proposals to improve the measure.

Among these, the most important is that relating to the fact that the amount of citizenship income will decrease if a suitable job offer is refused. It is a decalage mechanism which, according to what is learned, athe consensus of the economic ministers should be found gathered at Palazzo Chigi with Prime Minister Mario Draghi to discuss the next measures contained in the maneuver.

The report of the Scientific Committee on citizenship income is the “basis from which Parliament can start, it gives a reflection for further integration”. This is the opinion of the Minister of Labor, Andrea Orlando. As regards the income reform, added the minister, “I believe that these are specific interventions that have addressed some issues that have emerged and the reflection offered by the Commission” can lead to a “broader reform that is up to the policy to evaluate”.

“Bring the period of residence in Italy necessary to receive the Citizenship Income to 5 years” for foreigners. This is another proposal from the Scientific Committee on Citizenship Income in the Report presented today. In this context, it is specified that “10 years of residence in Italy are now required to receive the Citizenship Income, of which the last 2 are continuous. This provision produces discrimination against foreign citizens, severely limiting the possibility of accessing the measure. A similar criterion makes Italy the country in Europe with the most stringent residence requirements “.

The obligation to spend

Another chapter: “Abolish the obligation to spend the entire financial contribution within a predefined deadline and reduce the restrictions on use”. In this case, the proposal underlines that “the current rules on how to use the RdC cause some distortions”. According to the Committee, “the obligation to spend the entire amount of the RdC within the month following its disbursement prevents families from savingand, also as a precaution, in view of future expenses. This is contrary to any principle of wise management of one’s budget. Furthermore, the restrictions on the use of the card not only actually limit people’s freedom, damaging their status as adult and responsible citizens. It also suggests a view of beneficiaries as potentially incapable or irresponsible just because they are poor ”

Differentiate the contribution for the rent foreseen from the citizenship income on the basis of the size of the family unit, reducing it for the nuclei of one person and increasing it progressively as the number of members increases. This is the essence of another proposal which explains that the fact that current legislation provides for an equal contribution for all families, regardless of their size, produces “a further disadvantage for large families. The data, in fact – explains the report – show that it is mainly the larger families that they are unable to fully cover the cost of the lease with the contribution“.

The accumulation of earned income

“Today, it is not convenient for an income earner to work”. The Scientific Committee for the assessment of citizenship income writes it, underlining that if the income from work of a beneficiary of the Rdc increases by 100 euros, the amount of the measure decreases by 80: the net gain is only 20 euros. “In fact, it’s like predicting an 80% tax on new income.” According to the Committee, it is a question, instead, of “allowing the accumulation between the RdC and a significant percentage of any new income from work, in order to make research convenient. It is also necessary to provide for this method also for users of the RdC who already work, so as to avoid unjustified differences between the poor “.

The Committee’s proposal is, in determining the income for the purpose of calculating the amount of the Rdc, to consider, for those who start work or are already employed, income from work only for 60%, without time limits, but until the income exempt from taxation is reached (in 2021, 8174 euros for income from employees and 4800 for self-employed workers), considering 100% the part exceeding this threshold