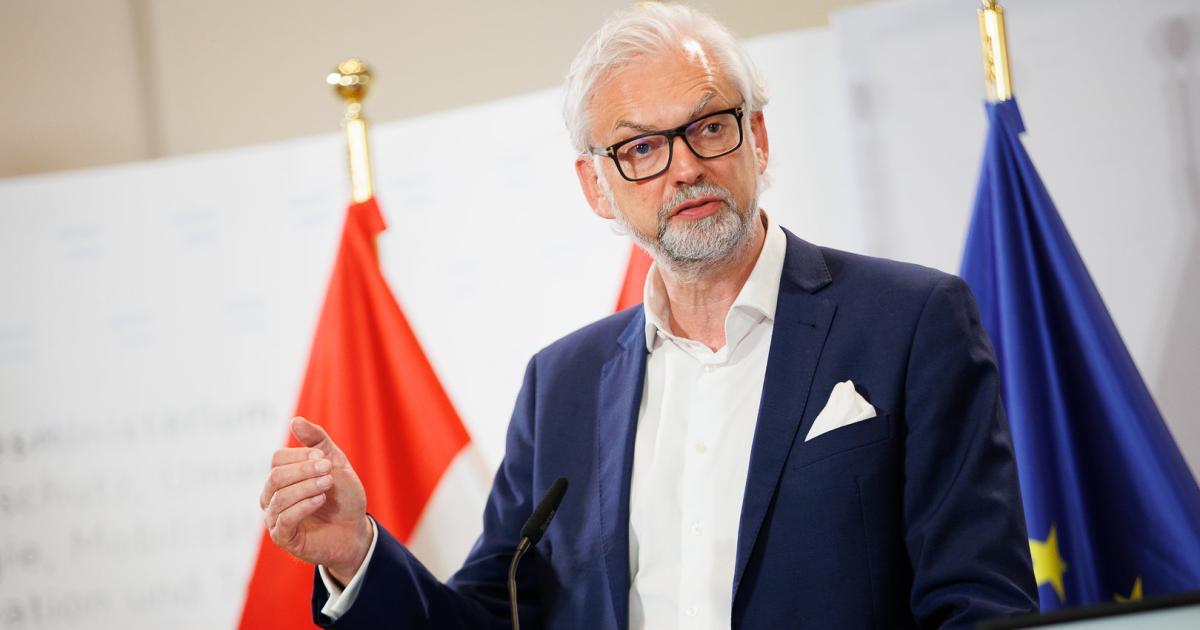 The “multiple crisis” with climate change, war, inflation, the consequences of a pandemic and an imminent recession will have massive effects on the economy and in particular on the energy industry, according to Austria’s Energy President and Verbund boss Michael Strugl. “We will experience something like war economy measures,” said Strugl on Wednesday afternoon at the “Austria Energy Congress 2022”.

Just as emotions ran high at the peak of the pandemic, “for example, what hostility there was against those who actually did most to deal with this crisis – the health workers – how they were put under pressure and the system was pilloried was asked”, the energy sector is currently experiencing something similar. Today it is “the companies in the energy industry that are being pilloried – politics anyway”.

The energy companies helped to ease the burden, for example by not switching off or by providing additional funds to combat energy poverty, said Strugl. “Ultimately, this electricity price brake is also something fundamentally sensible, to support people’s basic needs and only then to let the market take effect again. That also means an enormous effort for our companies in the administration of these measures.” Like health, energy is not suitable “for political games, not for populism, not for ideological quarrels”. At European level and nationally, solidarity is needed between the government and the opposition, the federal, state and local governments and social partners in order to secure the energy supply.

The liberalization of the electricity market has brought many advantages for consumers and the economy through the competitive market and has caused prices to fall. “Today we’re at war. Today we’re in a completely different situation. And that’s why it will also be necessary to intervene in these markets,” said Strugl. This must be done with care and for a limited time, “but it will become necessary”.

We understand that this is even more difficult at European level than at national level. “But in view of this problem pressure, what is currently on the table of the European Commission is, in our view, at least not enough.” The cause is not addressed, but the symptom. Skimming off profits from companies would first have to be implemented in every country and a mechanism would be needed to redistribute this money. “It will take time before this money reaches those who really need it. Time that some companies may no longer have.”

That is why the energy industry has made suggestions as to how the quantities and the price can be temporarily limited in a two-stage process in the wholesale market in a coordinated European manner. That will also take time. However, the EU Commission does not want to make proposals for a major market reform until next year. “It will take years, dare I say, to agree on a new model and actually implement it.”

The energy industry needs planning security. “These volatilities are giving us a lot of trouble, and the Commission’s current proposal leaves the prices as they are – with these large price swings, with these wholesale prices that the industry has to pay and with the margin calls that are then required for exchange trading. ”

In the long term, a large-scale European expansion of renewable generation, grids and storage is needed. “We have to almost triple our capacity to double the amount of electricity in 2040.” The energy companies are ready to invest 46 billion euros by 2030 – 28 billion euros for generation and storage and another 18 billion euros for the expansion of the grids. For this you need space to develop the projects, fast processes and the investment ability of the companies, “so that we can also invest this money so that it is not taken from us beforehand or in the course of a levy.”

Save as the main task

Peter Weinelt, chairman of the Association of Gas and Heat Supply Companies, sees one of the main tasks of the energy transition in his sector as being to store excess energy. The potential for this is great, said Weinelt in a panel discussion at the congress. “Austria has gas storage capacities that allow it to store very large amounts of gas.” The challenge is to jointly develop a system to convert surplus production energy from wind, sun and water into green gas. “The starting signal for this has already been given.”

The Secretary General of Oesterreichs Energie, Barbara Schmidt, also spoke of the need to bring the individual forms of generation into a system-friendly relationship and discussed this using photovoltaics and wind energy: “The two forms of generation complement each other perfectly, which is why we have to expand them at the same time and everywhere .” Relying on building wind turbines where there is no resistance and postponing expansion elsewhere will not work out.

The financing of the upcoming energy transition projects was also discussed. In this context, IHS director Klaus Neusser opposed the taxation of so-called excess profits. Those who tax profits excessively reduce incentives for investments: “But the energy industry needs investments in order to achieve the energy transition.”

Neusser also doesn’t think it’s a good idea to devote taxes to excess profits, as the European Commission intends to do to relieve the burden on citizens. In addition, the expectation of taking in 140 billion euros with the tax is completely exaggerated. “According to initial estimates, one can say that it will be much less. Because of course companies try to reduce their profits in such a situation.”

One thought on “Verbund boss expects “something like war economy measures””